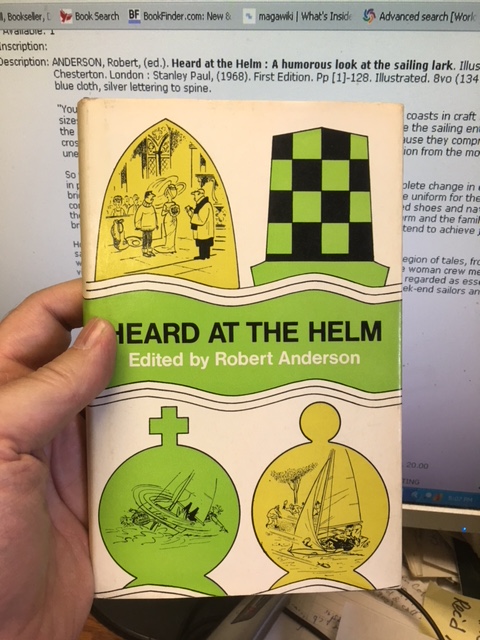 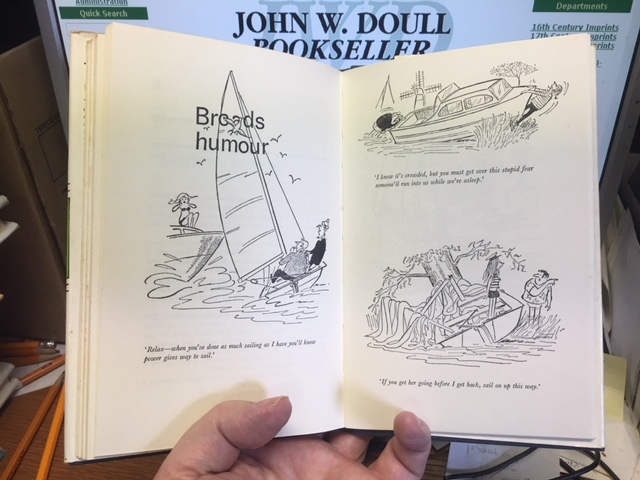 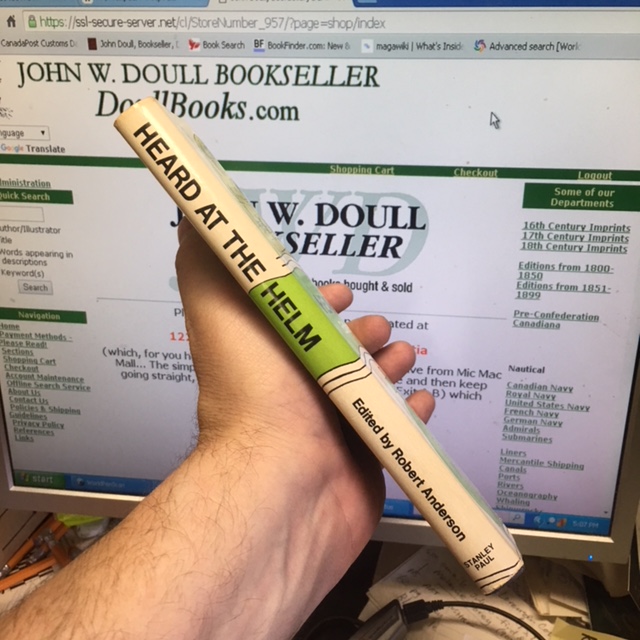 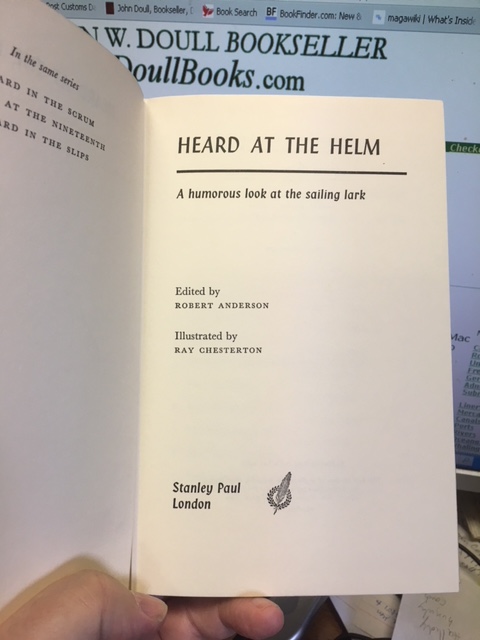 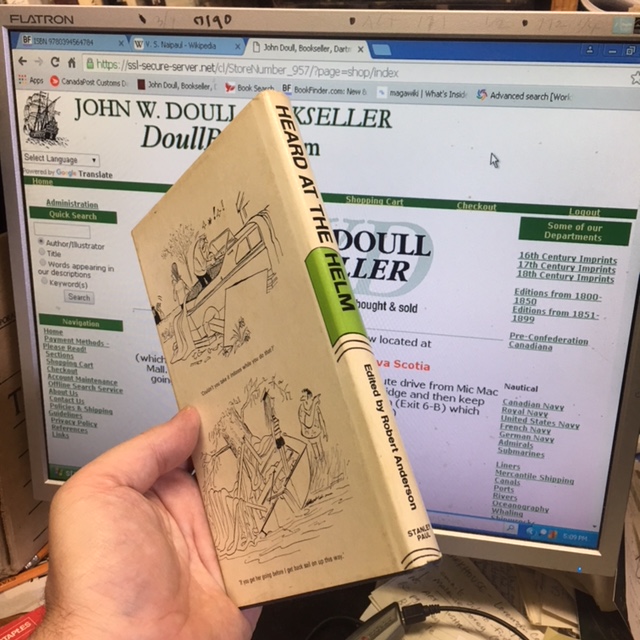 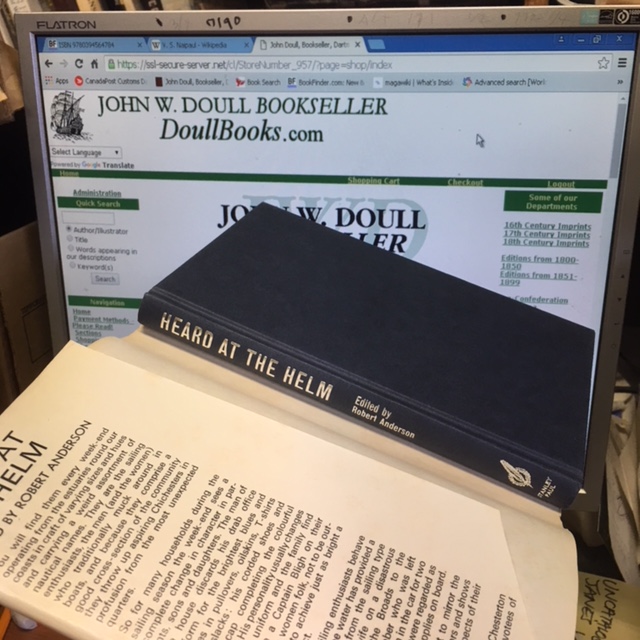 Heard at the Helm : A Humorous Look at the Sailing Lark. First Edition in dustjacket

"You will find them every week-end operating from the estuaries round our coasts in craft of varying sizes and hues and carrying a weird assortment of nautical names. They are the sailing enthusiasts, the men (and the women) who traditionally muck around in boats, and because they comprise a good cross-section of the community they throw up aspiring Chichesters in profusion from the most unexpected quarters.

So for many households during the sailing season the week-end sees a complete change in character in parents, sons and daughters. The man of the house discards his drab office uniform for the brightest blues and whites in pullovers, oilskins, T-shirts and slacks: his corded shoes and naval cap completing the colourful picture. His personality usually changes with his uniform and the family find they have a Captain Bligh on their hands. The women folk, no to be outdone, tend to achieve just as bright a sartorial effect.

How these sailing enthusiasts behave in and out of the water has provided a legion of tales, from the sailing type who took his wife on a disastrous honeymoon on the Broads to the woman crew member who was left behind to make room in the car for two crates of beer which were regarded as essential victualling supplies on board. This then is an attempt to mirror the life of the week-end sailors and shows the more light-hearted aspects of their sport." (from the dj).

1. The Best of Boat Worlds (by Douglas Reeman).

3. A Coarse Sailor at Sea (by Michael Green).

4. All the Way There and Half the Way Back (by Jack Knights).

7. The Sloop-rigged Slum (by John Davies).

8. One Way of Learning (by Joyce Chesterton).

9. Fishing from Boats (by Ronald Pearsall).

Title: Heard at the Helm : A Humorous Look at the Sailing Lark. First Edition in dustjacket

Heard at the Helm : A Humorous Look at the Sailing Lark. First Edition in dustjacket