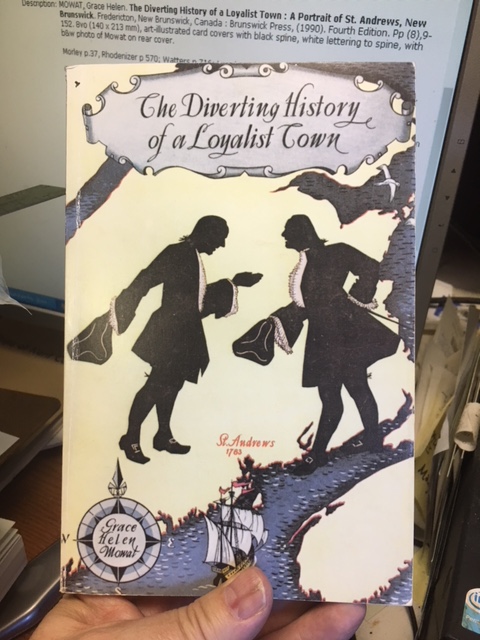 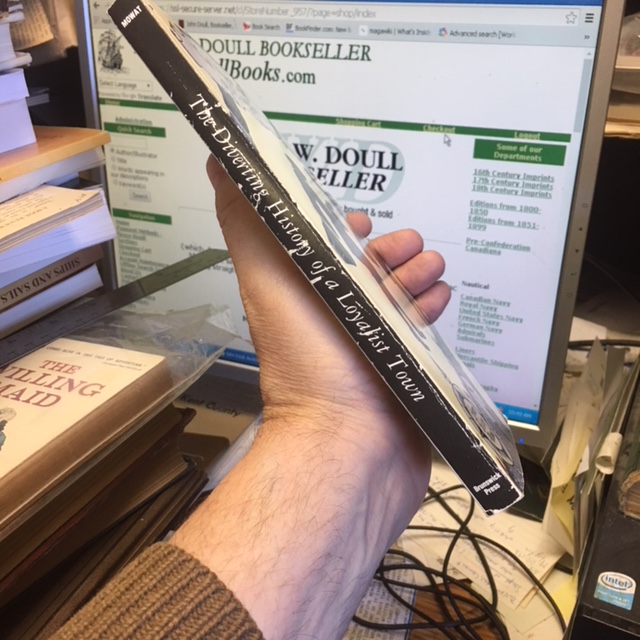 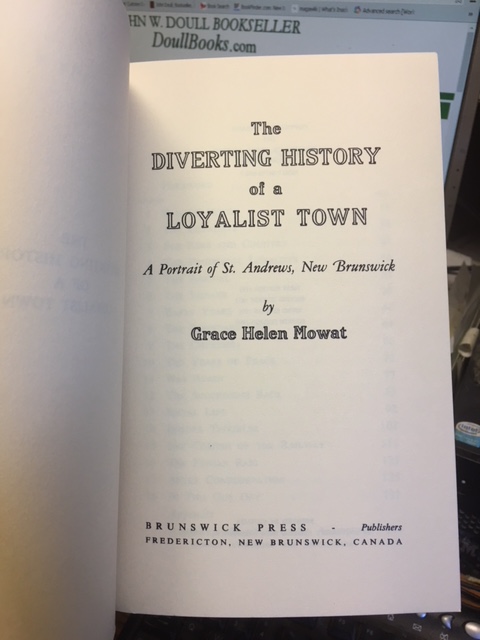 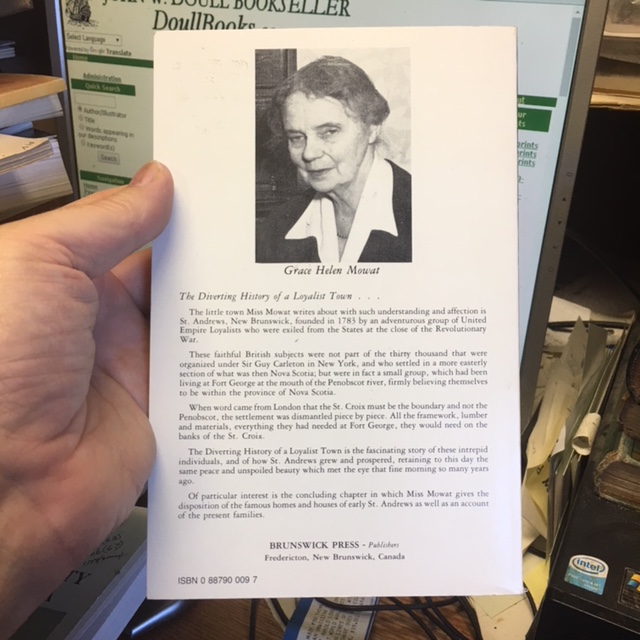 "The little town Miss Mowat writes about with such understanding and affection is St. Andrews, New Brunswick, founded in 1783 by an adventurous group of United Empire Loyalists who were exiled from the States at the close of the Revolutionary War.

The faithful British subjects were not part of the thirty thousand that were organized under Sir Guy Carleton in New York, and who settled in a more easterly section of what was then Nova Scotia; but were in fact a small group, which had been living at the mouth of the Penobscot River, firmly believeing themselves to be within the ptovince of Nova Scotia.

The Diverting History of a Loyalist Town is the fascinating story of these intrepid individuals, and of how St. Andrews grew and prospered, retaining to this day the same peace and unspoiled beauty which met the eye that fine morning so many years ago.

Of particular interest is the concluding chapter in which Miss Mowat give the disposition of the famous homes and houses of early St. Andrews as well as an account of the present families." - from the rear cover.