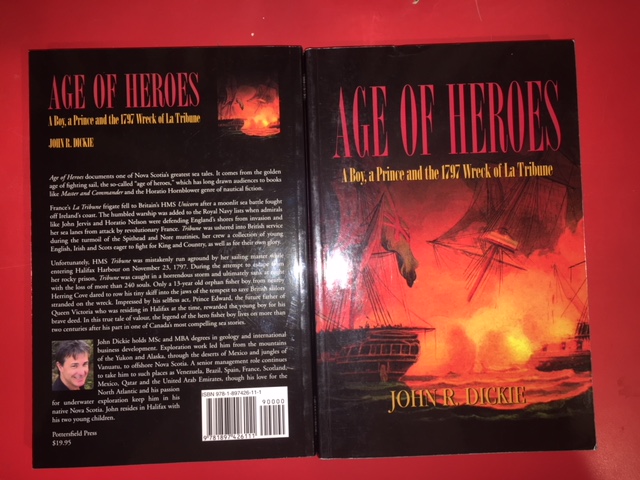 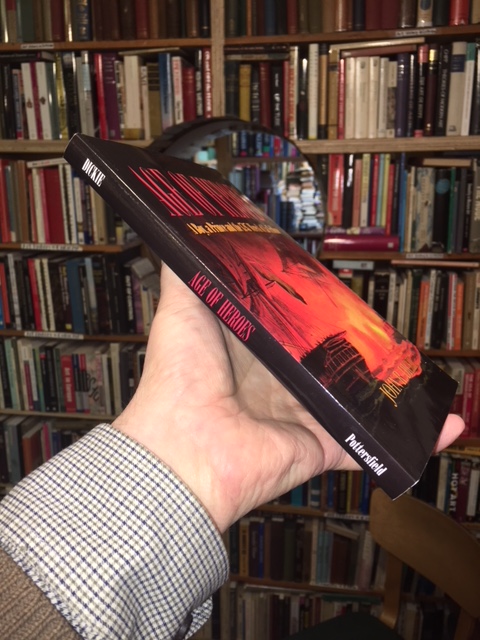 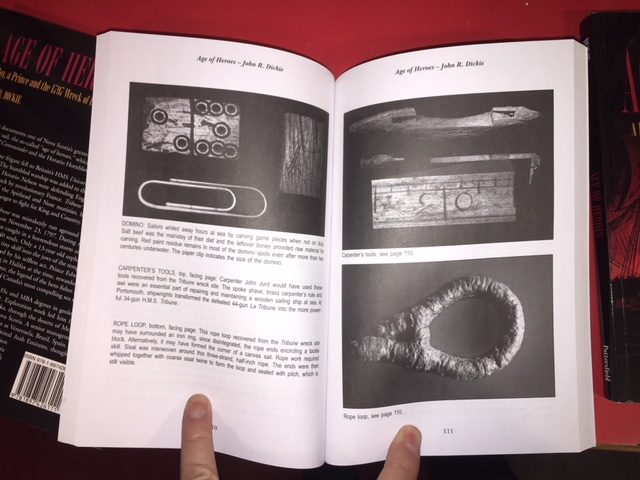 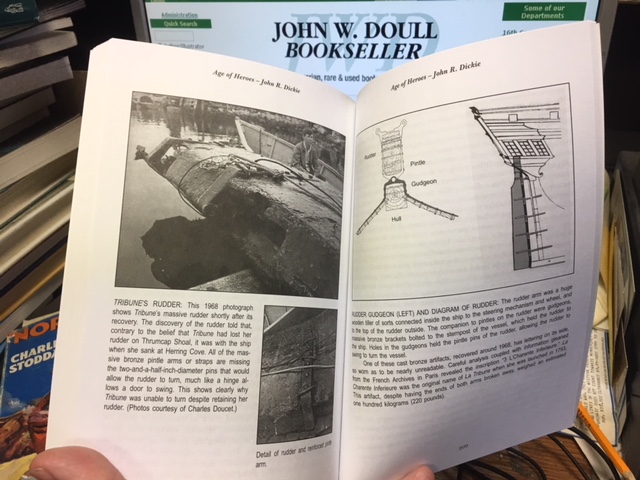 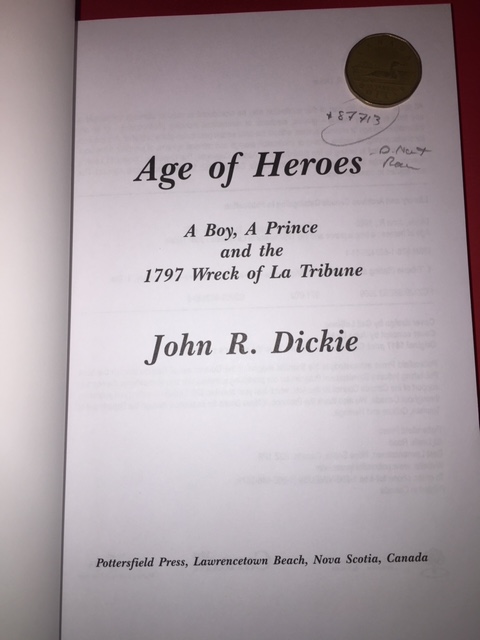 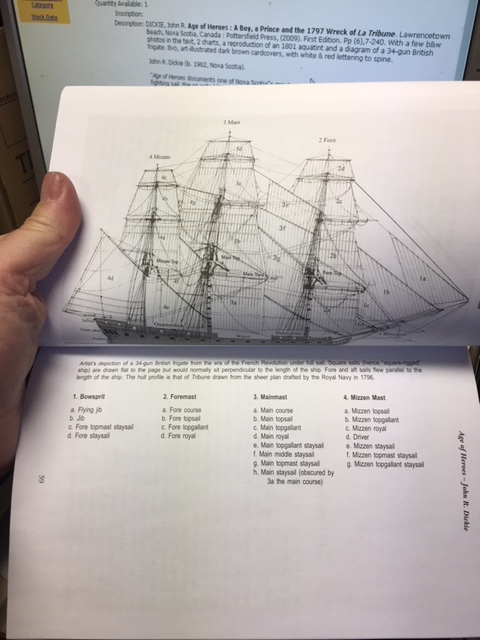 Age of Heroes : A Boy, a Prince and the 1797 Wreck of La Tribune. First Edition

DICKIE, John R. Age of Heroes : A Boy, a Prince and the 1797 Wreck of La Tribune. Lawrencetown Beach, Nova Scotia, Canada : Pottersfield Press, (2009). First Edition. Pp (6),7-240. With a few b&w photos in the text, 2 charts,a reproduction of an 1801 aquatint and a diagram of a 34-gun British friga te. 8vo, art-illustrated dark brown cardcovers, with white & red lettering to spine. John R. Dickie (b. 1962, Nova Scotia). "Age of Heroes documents one of Nova Scotia's greatest sea tales. It comes from the golden age of fighting sail, the so called "age of heroes" which has long drawn audiences tobooks like Master and Commander and the Horatio Hornblower genre of nautic al fiction. France''s La Tribune frigate fell to Britain's HMS Unicorn after a moonlit sea battle fought off Ireland's coast. The humbled warship was added to the Royal Navy lists when admirals like John Jervis and Horatio Nelson were defending England's shores from invasion and her sea lanes from attack by revolutionary France. Tribune was ushered into British service during the turmoil of the Spithead and Nore mutinies, her crew a collection ofyoung English, Irish and Scots eager to fight for King and Country, as wel l as for their own glory. Unfortunately, HMS Tribune was mistakenly run aground by her sailing master while entering Halifax Harbour on November 23, 1797. During the attempt to escape from her rocky prison, Tribune was caughtin a horrendous storm and ultimately sank at night with the loss of more t han 240 souls. Only a thirteen-year old orphan fisher boy [Joe Cracker] from nearby Herring Cove dared to row his tiny skiff into the jaws of the tempest to save British sailors stranded on the wreck. Impressed by his selfless act, Prince Edward, the future father of Queen Victoria who was residing in Halifax at the time, rewarded the young boy for his brave deed. In this true tale of valour, the legend of the hero fisher boy lives on more than two centuries after his part in one of Canada''s most compelling sea stories." - from the back cover. The chapters [un-numbered in the book] are : 1. Tribune Head; 2. Guadeloupe, 1795 3. The Nova Scotia Station, 1796 4. Unicorn and La Tribune; 5. The Prize; 6. Portsmouth Dock; 7. Aground at Thrumcap;8. The Loss of H.M.S. Tribune; 9. On the Masts; 10. Age of Heroes [Lieuten ant Brenton Halliburton, &c]; 11. Rediscovery of Tribune. With endnotes, HM.S. Tribune Crew List, and references. Very good. 12.50

Title: Age of Heroes : A Boy, a Prince and the 1797 Wreck of La Tribune. First Edition

Age of Heroes : A Boy, a Prince and the 1797 Wreck of La Tribune. First Edition