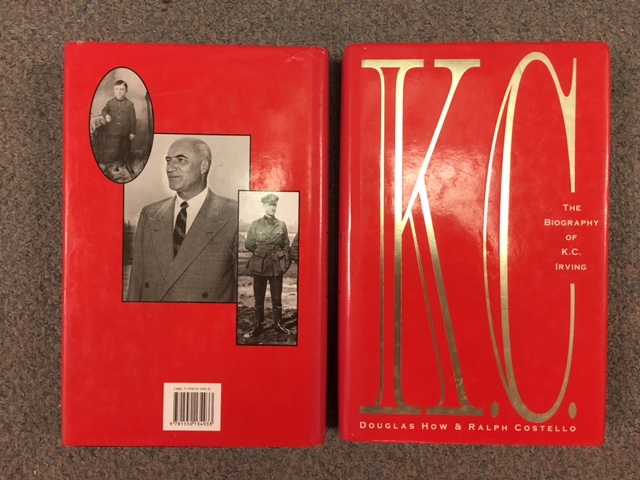 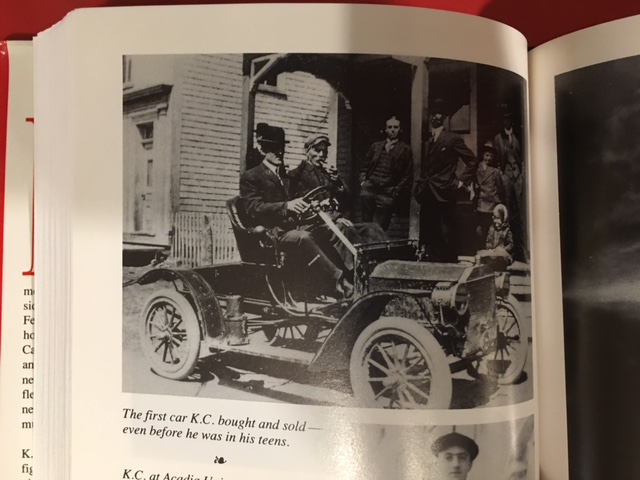 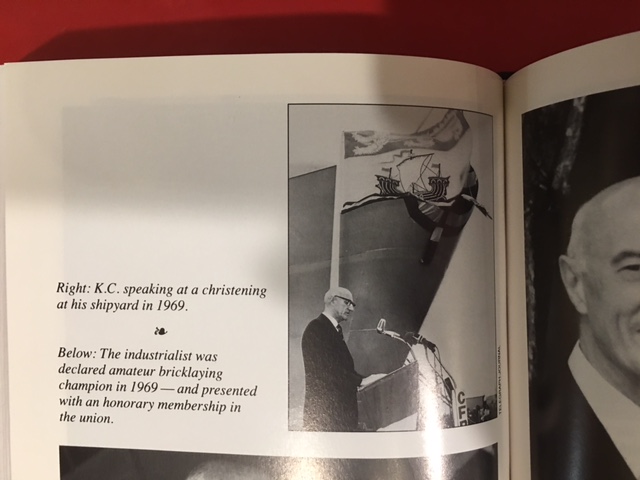 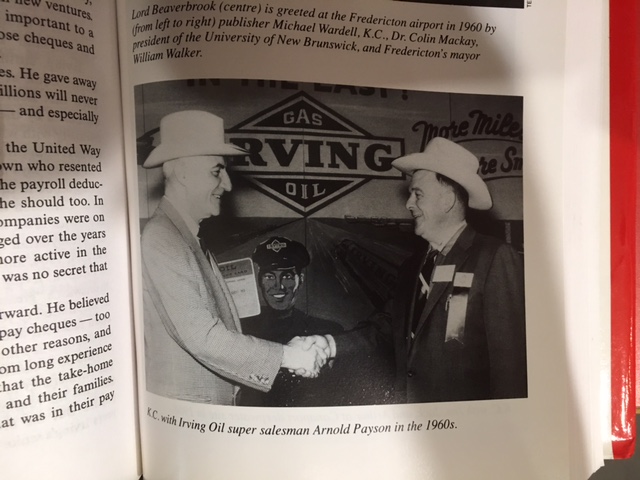 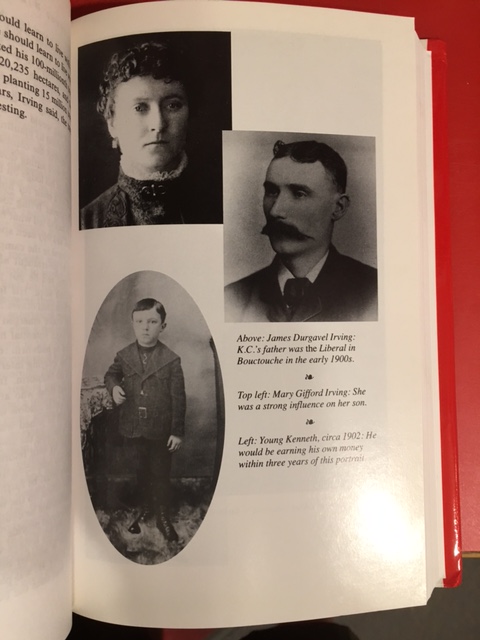 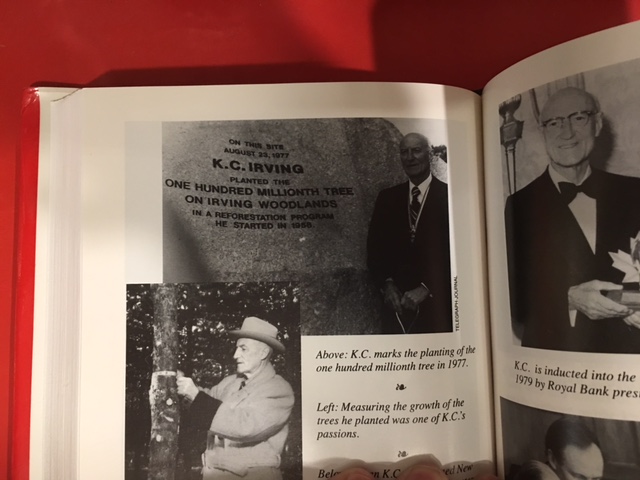 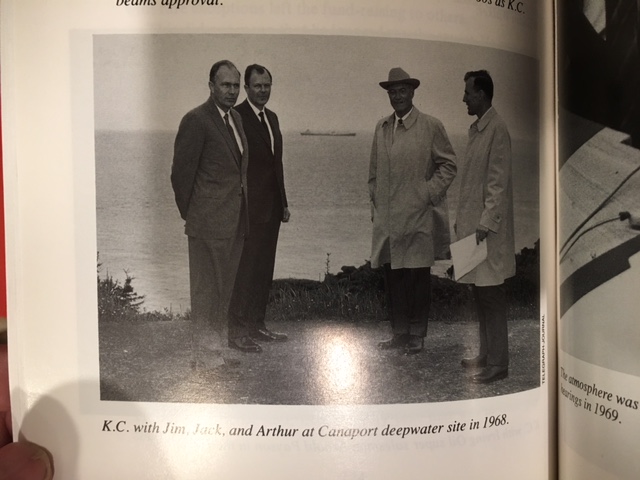 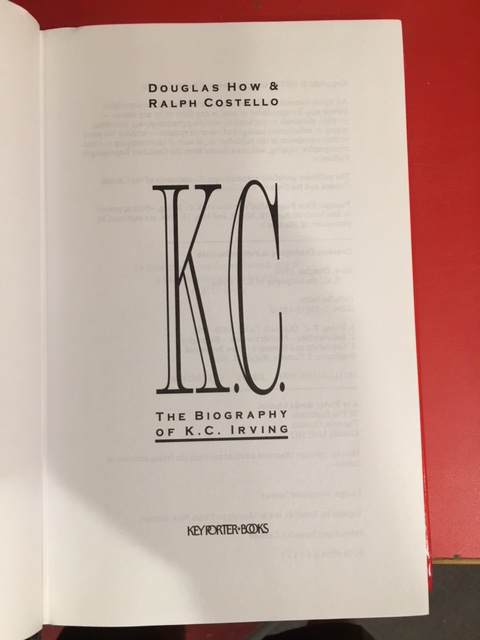 K.C. : The Biography of K.C. Irving. First Edition in dustjacket.

By: HOW, Douglas and Ralph COSTELLO COSTELLO, Ralph IRVING, K.C.)

"Born in the tiny community of Bouctouche, New Brunswick, at the turn of the century, K.C. Irving became a billionaire in one of Canada's poorest provinces and although he was one of the world's most successful entrepreneurs, few people outside of the Atlantic provinces even knew his name. Fewer still knew the man himself. Yet his holdings ranged from vast forest operations, Canada's largest oil refinery, service stations and convenience stores to pulp, paper and newsprint mills, Canada's busiest shipyard, fleets of ships, international trucking systems, newspapers, radio and television stations, and much more.

K.C. Irving remained an enigmatic, reclusive figure for most of his life. He shunned inter¬?views, and his sons and relatives were almost as inaccessible. In K.C., authors Douglas How and Ralph Costello give the reader the first inside look at the life and work of Canada's most private billionaire. In an unprecedented move, How was given access to the multitudinous Irvine operations and was able to spend over 90 hours with Irving himself. Costello draws on his fifty years as a journalist, writer. editor, and publisher in New Brunswick, and on his time as head of all Irving-owned media.

The authors trace K.C. Irving's rise from his first service station in his hometown and a Ford dealership in Saint John to the launching of Irvtng Oil and a career that would eventually lead to his involvement in virtually every aspect of New Brunswick business, industry, and politics. He fought with a Dassicm for what he believed in, taking on local competitors and international giants with equal determination. But he was more than simply an industrialist. He was also the pioneer of an ambitious and highly successful reforestation program decades before New Brunswickforestry experts thought it possible or even worthwhile.

In this unforgettable portrait of the man who changed the face and future of a province, Irving emerges as a fascinating, difficult, brilliant, and complex man. No biography will ever get closer to the real K.C. " - from the dust jacket.

K.C. : The Biography of K.C. Irving. First Edition in dustjacket.