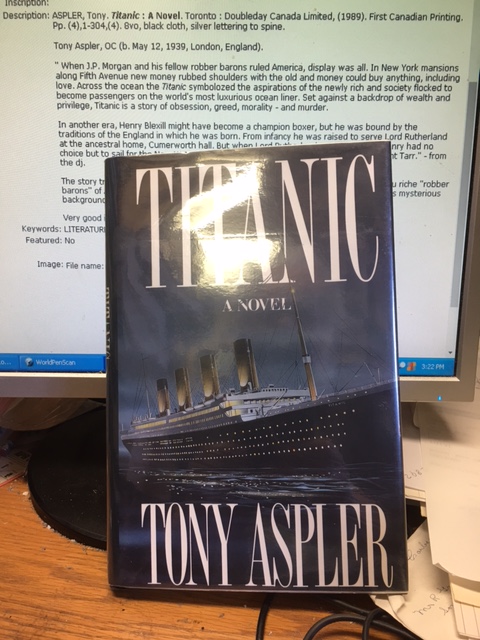 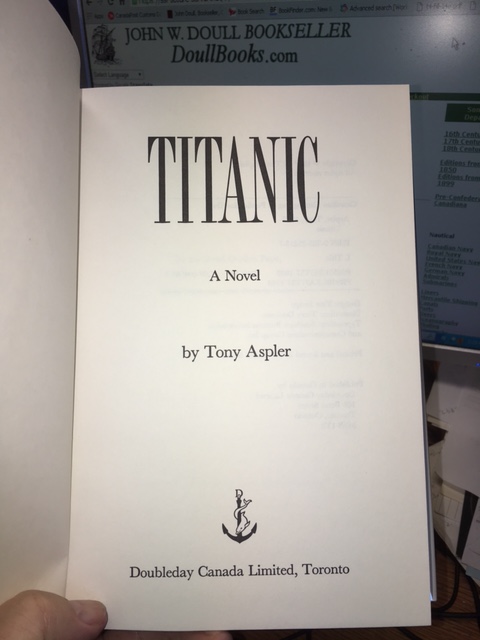 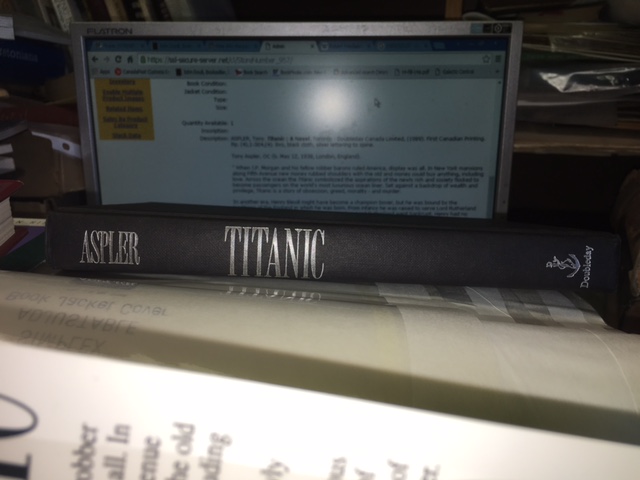 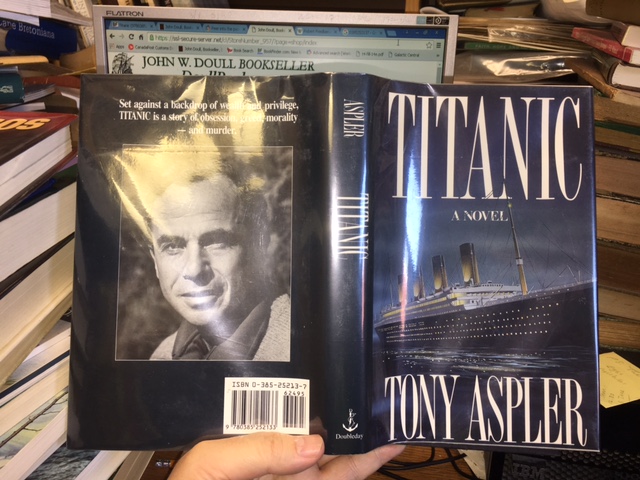 " When J.P. Morgan and his fellow robber barons ruled America, display was all. In New York mansions along Fifth Avenue new money rubbed shoulders with the old and money could buy anything, including love. Across the ocean the Titanic symbolozed the aspirations of the newly rich and society flocked to become passengers on the world's most luxurious ocean liner. Set against a backdrop of wealth and privilege, Titanic is a story of obsession, greed, morality - and murder.

In another era, Henry Blexill might have become a champion boxer, but he was bound by the traditions of the England in which he was born. From infancy he was raised to serve Lord Rutherland at the ancestral home, Cumerworth hall. But when Lord Rutherland went bankrupt, Henry had no choice but to sail for the New World as butler to the American banker, Thaddeus Nugent Tarr." - from the dj.

The story traces the tale of Henry Blexill, forced into servitude under one of the nouveau riche "robber barons" of America, banker Thaddeus Nugent Tarr, and Henry's peering into his master's mysterious background, while both travel to America aboard the doomed liner.