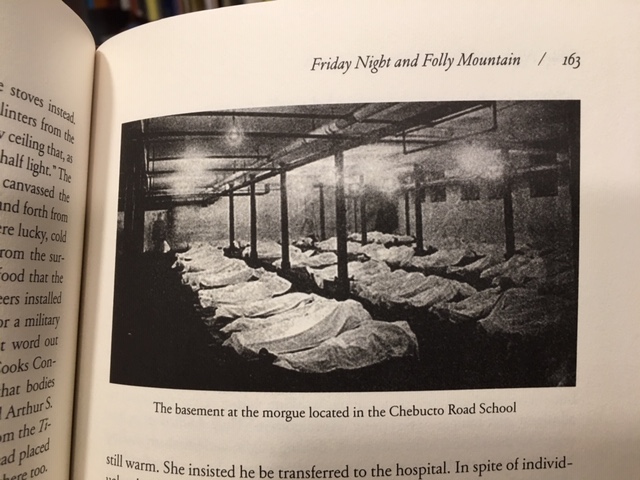 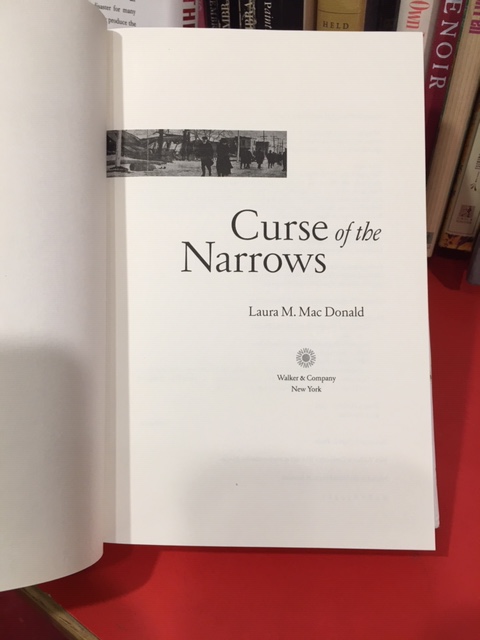 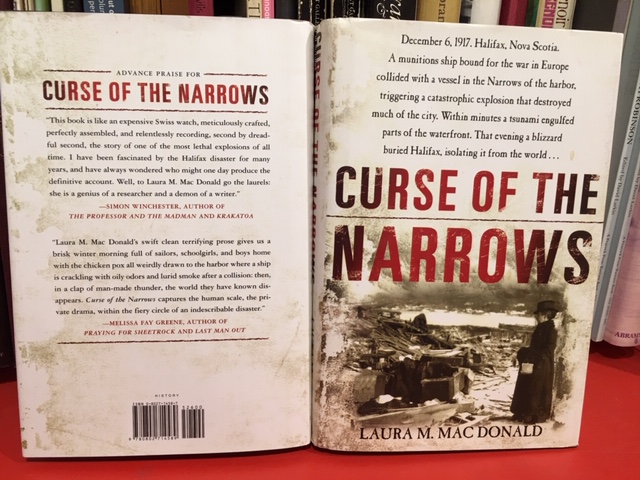 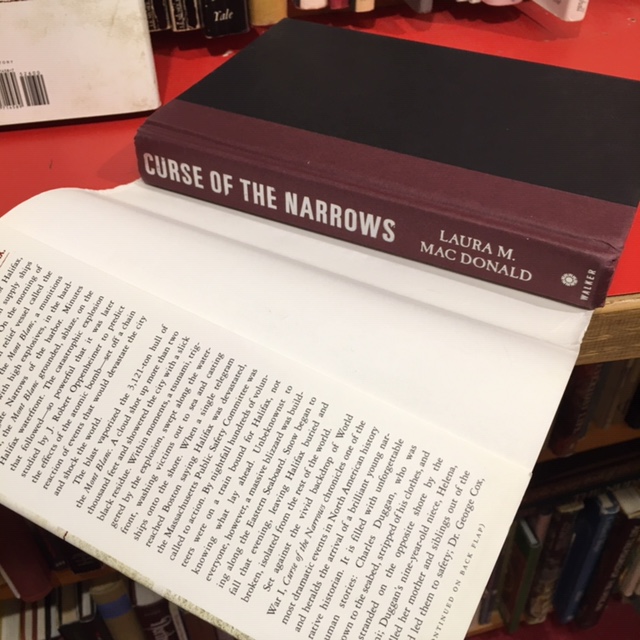 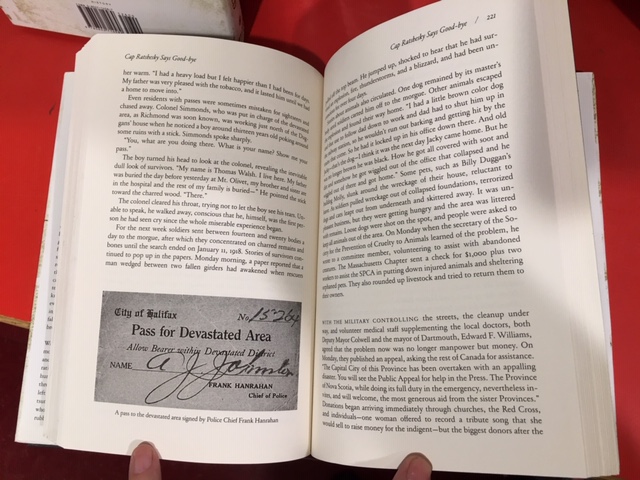 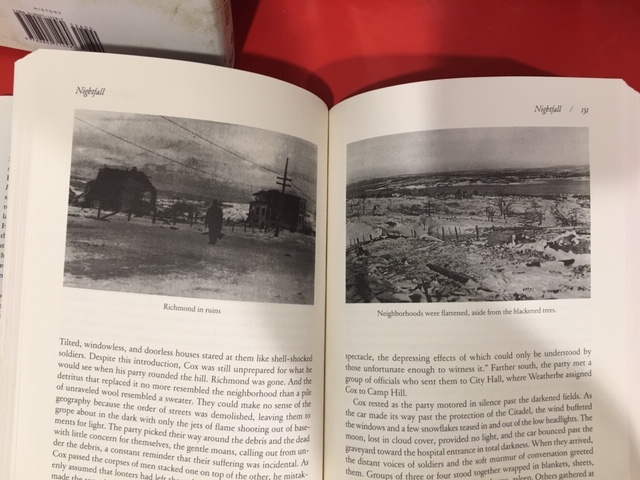 Curse of the Narrows. First American Edition in dustjacket.

Laura M. MacDonald (b. 1963, Halifax) grew up in Dartmouth and was living in New York City at the time of publication.

"In 1917, the busy Canadian port of Halifax, Nova Scotia, was crowded with supply ships servicing war-torn Europe. On the morning of December 6th, a Belgian relief vessel called the Imo collided with the Mont Blanc , a munitions ship packed with high explosives, in the hard-to-navigate Narrow of the harbor. Minutes later, the Mont Blanc grounded ablaze, on the Halifax waterfront. The catastrophic explosion that followed - so powerful that it was later studied by J. Robert Oppenheimer to predict the effects of the atomic bomb - set off a chain reaction of events that would devastate the city and shock the world.

The blast vaporized the 3,121-ton hull of the Mont Blanc . A cloud that shot up more than two thousand feet and showered the city with a slick black residue. Within moments, a tsunami, triggered by the explosion, swept along the waterfront, washing victims out to sea and casting ships onto the shore. When a single telegram reached Boston saying Halifax was devastated, the Massachusetts Public Safety Committee was called to action. By nightfall hundreds of volunteers were on a train headed for Halifax, not knowing what lay ahead. Unbeknownst to everyone, however, a massive blizzard was building up along the Eastern Seaboard. Snow began to fall that evening, leaving Halifax buried and broken, isolated from the world.

Set against the vivid backdrop of World War I, Curse of the Narrows chronicles one of most dramatic events in North American history and heralds the arrival of a brilliant young narrative historian. It is filled with unforgettable human stories. Charles Duggan, who was thrown to the seabed, stripped of his clothes, and left stranded on the opposite shore by the tsunami; Duggan's nine-year-old niece, Helena, who pulled her mother and siblings out of the rubble and led them to safety; Dr. George Cox, an eye surgeon who operated for more than three straight days; pioneering surgeon W.E. Ladd [William Edwards Ladd (September 8, 1880 – April 15, 1967) ], whose experiences treating children in Halifax would lead to the first pediatric surgery ward in North America; the Boston relief train that plowed its way through the snowdrifts to bring desperately needed supplies, doctors, and relief workers; and the Boston Christmas Tree, to this day given by the citizens of Halifax in remembrance of its sister city's heroic efforts.

Utilizing primary sources, including the files of the explosion's official historian plus medical and social work files - many of which have not been read since 1918 - Laura M. MacDonald has written the definitive narrative history of this early-twentieth-century tragedy and the untold story of America's first emergency response unit."

Appendices:
A. Accident or Sabotage?
B. Preparing for the Future.
C. Francis Mackey Interview.
D. By the Numbers.
E. Wreck Commission Participants and Witnesses, Featured People, and Ships.

With end-notes, sources and index.

Title: Curse of the Narrows. First American Edition in dustjacket.

Curse of the Narrows. First American Edition in dustjacket.