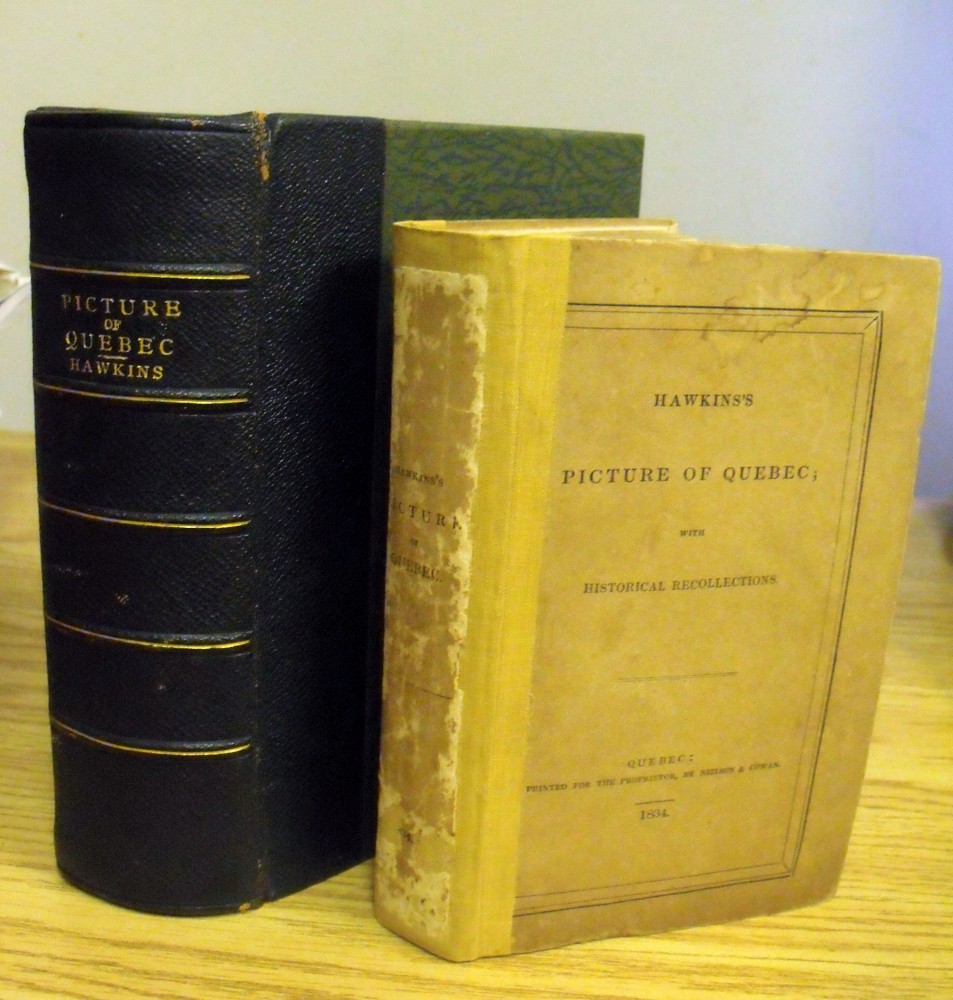 Hawkins's Picture of Quebec; with Historical Recollections. in clamshell box.

Alfred Hawkins (b. Oct 10 1792, Brigport, England, d. June 30, 1854, Quebec City). "During the 1830s Quebec was experiencing a period of political, economic, and social turbulence, but there was also a surprising degree of literary activity and interest in the history of the colony. Hawkins had become a keen collector of Canadiana, and after eight years of research Hawkins’s picture of Quebec, dedicated to the Earl of Dalhousie, was printed by the firm of Neilson and Cowan in 1834. In the preface he acknowledged the assistance of journalists John Charlton Fisher and Adam Thom. His association with these two men is an indication that politically he identified with the English party in Quebec. According to the review of the book in the Montreal Gazette, Hawkins had 'indomitable perseverance in the acquisition of information, a taste refined by an extensive acquaintance with the best ancient and modern authors, and an ardent love for his subject.' The work contains a history of Quebec from its discovery to the founding of the city, accounts of the various sieges, and histories of the religious establishments and the important buildings. The final chapter, which deals with the geology of the area, was contributed by Lieutenant Frederick Henry Baddeley of the Royal Engineers. The book is illustrated with 14 plates lithographed by Robert Auchmuty Sproule from sketches by several artists." - from DCB.

Though a sizeable portion of the original spine remains, there is much wear and edge-rubbing to the original bits, small dampspot to front board above text, name verso ffep and two names verso frontispiece (with the ink of one signature leeching through to the illustration, light foxing to initial and final leaves, else very good. Stored in an attractive green cloth and leather clamshell box with gilt title and raised bands to spine. 450.00

Hawkins's Picture of Quebec; with Historical Recollections. in clamshell box.