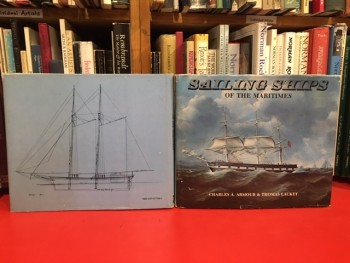 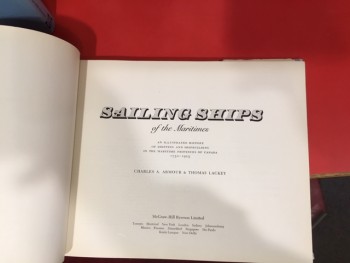 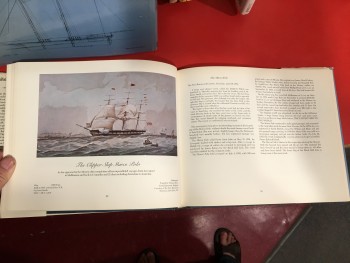 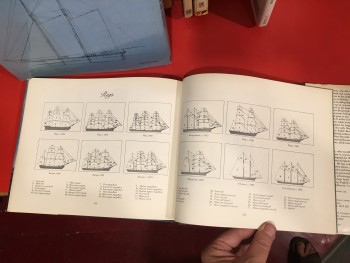 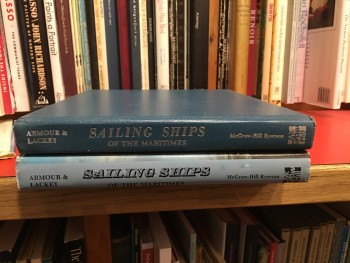 Sailing Ships of the Maritimes : An Illustrated History of Shipping and Shipbuilding in the Maritime Provinces of Canada 1750-1925. First Edition in dustjacket

By: ARMOUR, Charles A. and Thomas LACKEY.

Thomas Lackey was also living in Halifax at the time of publication.

"In the heyday of sailing ships, vessels built in the numerous coastal villages of Nova Scotia, New Brunswick and Prince Edward Island were sailed by hardy Maritimers to all the important trading ports of the world.

The Maritime Provinces were one of the world's leading shipbuilding areas. By the end of the nineteenth century, over 26,000 vessels had been built. Not all were for local owners; in the peak years of the 1860s, the Maritimes supplied nearly one-quarter of British shipping.

This pictorial history offers a lively and authoritative account of the development of Maritime sailing ships, from the privateers of the eighteenth century to the magnificent clipper ships of the nineteenth century and the swift schooners of the early twentieth century. It covers not only the ships themselves, but the men who built, owned and sailed them. Paintings, photographs, logbooks, plans and other illustrations have been chosen to represent some of the important vessels, builders and shipbuilding centres, as well as to convey the romance, hardships, humour and tragedy of life on board a sailing ship." - from the dj.

Perhaps the best single general work on the history of merchant sail in Nova Scotia, and certainly among the most attractively-designed. The text proceeds chronologically from the first stirrings of the trade in the eighteenth century to its final demise in the 1920s; brief essays (on the characteristics of a period or trade, on the contribution of a particular town or family, on the distinctions of a particular vessel, or on the nature of a certain occupation) are printed en face with a rich selection of contemporary images, particularly of ship portraits. With a brief explanation of ships' rigs, a bibliography, and an index.

Rigs.
Number of Vessels Built.
Sources.
With bibliography and index.

Very good in edgeworn, nicked, and rubbed dustjacket, with a few short tears to the jacket. 60.00

Title: Sailing Ships of the Maritimes : An Illustrated History of Shipping and Shipbuilding in the Maritime Provinces of Canada 1750-1925. First Edition in dustjacket

Sailing Ships of the Maritimes : An Illustrated History of Shipping and Shipbuilding in the Maritime Provinces of Canada 1750-1925. First Edition in dustjacket