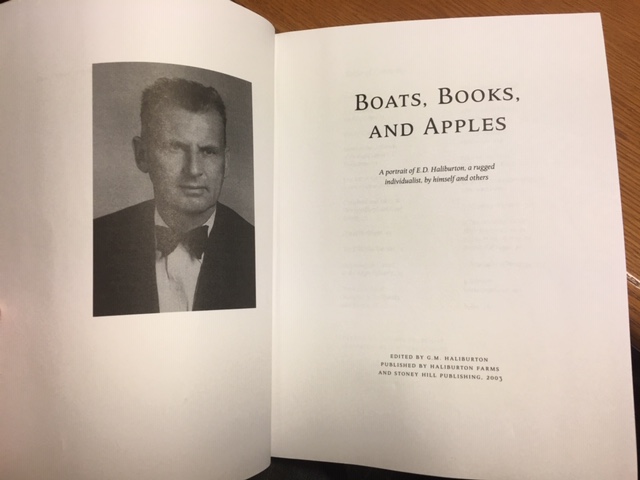 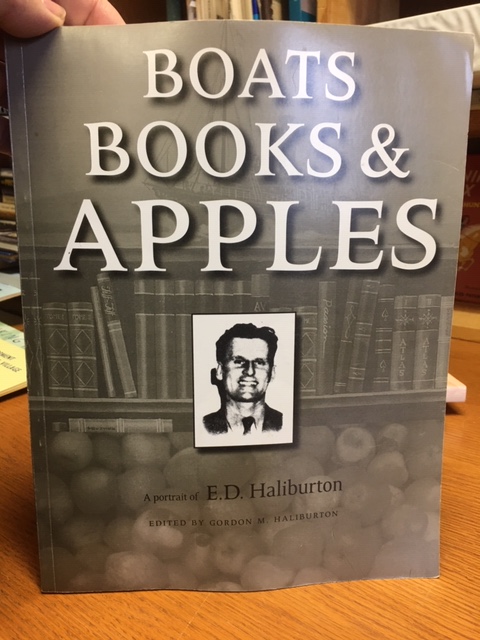 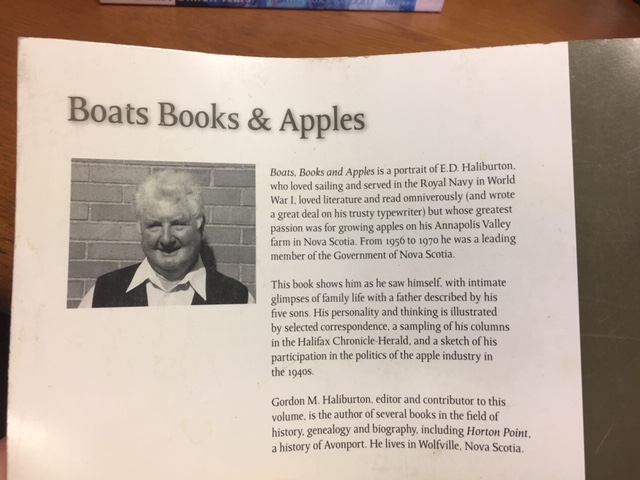 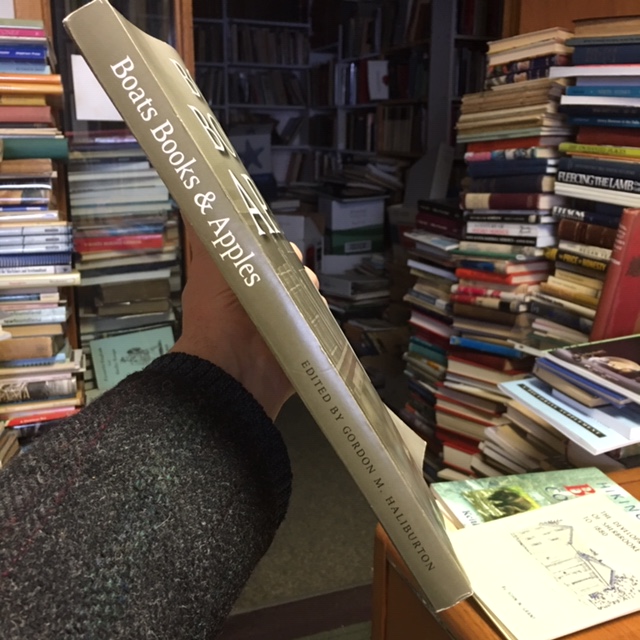 Boats, Books, and Apples : A Portrait of E. D. Haliburton, a Rugged Individualist, by Himself and Others. First Edition

Gordon MacKay Haliburton, Ph.D. (b. March 28,1928, Greenwich, Kings County, Nova Scotia) was living in Wolfville at the time of publication.

Boats, Books and Apples is a portrait of E.D. Haliburton, who loved sailing and served in the Royal Navy in World War I, loved literature and read omnivorously (and wrote a great deal on his trusty typewriter) but whose greatest passion was for growing apples on his Annapolis Valley farm in Nova Scotia. From 1956 to 1970 he was a leading member of the Government of Nova Scotia.

This book shows him as he saw himself, with intimate glimpses of family life with a father described by his five sons. His personality and thinking is illustrated by selected correspondence, a sampling of his columns in the Halifax Chronicle-Herald, and a sketch of his participation in the politics of the apple industry in the 1940s." - from the cover."

Foreword.
A Chronology of the Life of EDH;
Family Chart.
Introduction: A Sketch of the Early Life of E.D. Haliburton.
Childhood and Youth in Newfoundland and Cape Breton (pp.35-44).
Out in the World;
The Post-War Decade;
Beginning My Career in the Apple Industry;
Work and Play at Avonport in the Thirties and Forties.
Adventures in Writing and Sailing.
Afterword: The Final Forty Years.
The Life of Jean T. Haliburton.
Filial Memories of Father and the Farm.

Title: Boats, Books, and Apples : A Portrait of E. D. Haliburton, a Rugged Individualist, by Himself and Others. First Edition

Boats, Books, and Apples : A Portrait of E. D. Haliburton, a Rugged Individualist, by Himself and Others. First Edition