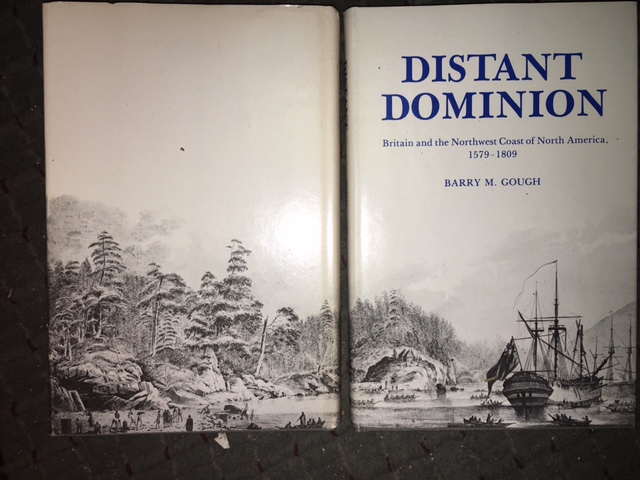 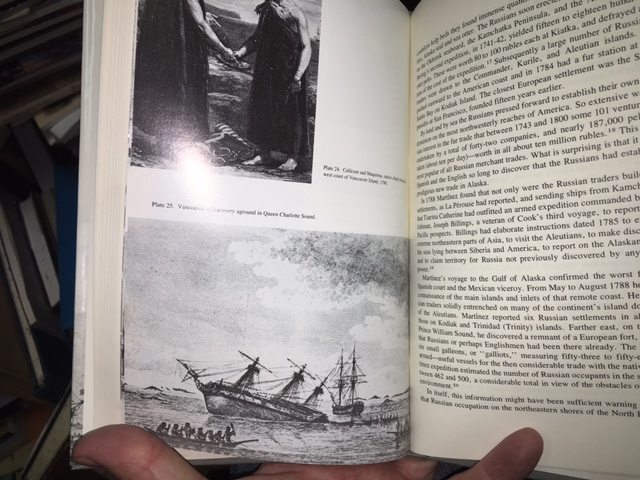 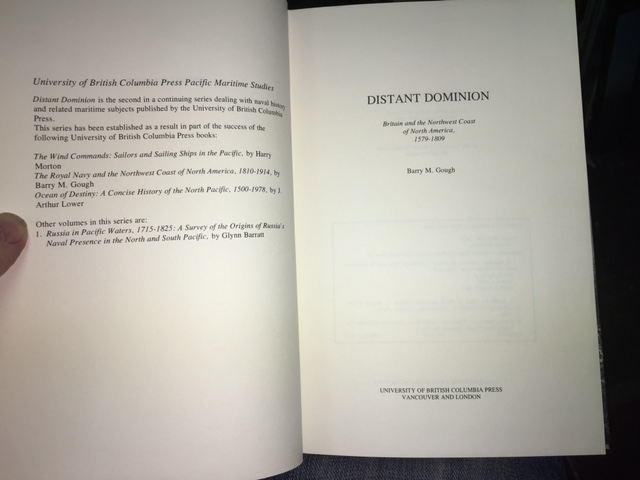 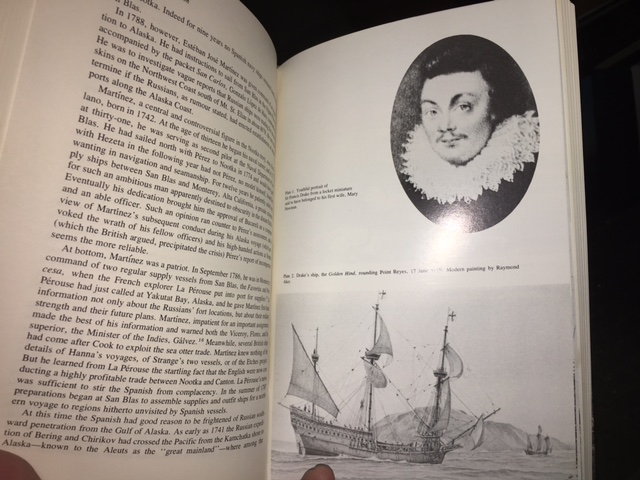 No. 2 in the University of British Columbia Press Pacific Maritime Studies series.

"'The voyages of Ccok and Vancouver heralded a vast influx of irrepressible white men.... They brought with them their morals, ideologies, knowledge, technology, plants and animals. They also brought diseases, rum and guns... powers to build and powers to destroy.' Until the 1700s the Northwest Coast of North America stood largely apart from the civilized world. Formidable mountain barriers and remoteness from Atlantic sea lanes kept the territory outside the orbit of emerging European empires. In the late 18th and early 19th centuries, however, Britain, Spain, France, Russia, and the United States vied for control of this promising new frontier.

Three of history's greatest mariners- Sir Francis Drake, Captain James Cook, and Captain George Vancouver - spearheaded British expeditions of discovery and trade to the Northwest coast. Despite competition from her European and American rivals, Britain's ability to use and control the sea enabled her to establish by the late 1700s a'beachhead of empire' in the area now known as British Columbia. Gough shows how, by outmanoeuvring her Spanish rivals in a 'skilful game of diplomatic chess,' Britain concluded the Nootka Agreement. Thus she was able to exploit her trading relationship with the coast Indians and cement a lucrative sea-borne commerce with the Far East. The arrival overland of the Nor'westers and other fur-trading groups further strengthened Britain's financial and political interests in the area - ending forever the isolation of Northwest America, and 'changing beyond measure the culture of the Indian peoples.'

Distant Dominion is the first comprehensive survey to examine Britian's motives for expeditions to this most distant frontier of British maritime development. It is also the first to draw the history of the coast into the general realm of Pacific history, relating its development to events in Europe, the American eastern seaboard, Australia, the Falkland Islands, and China. This entertaining book offers fresh insight into an exciting chapter of North American history." - from the dj.

1. Tyranny of Distance;
2. Pacific Probes;
3. Cook's Reconnaissance;
4. Spanning the Pacific;
5. The Fortune Seekers;
6. Beachhead of Empire;
7. Imperial Dreams and False Starts;
8. Conflicts of Ambition;
9. Dealing with the Dons;
10. The Surveyor-Diplomats;
11. The Overlanders;
12. Epilogue.
With notes, sources, bibliography and index.