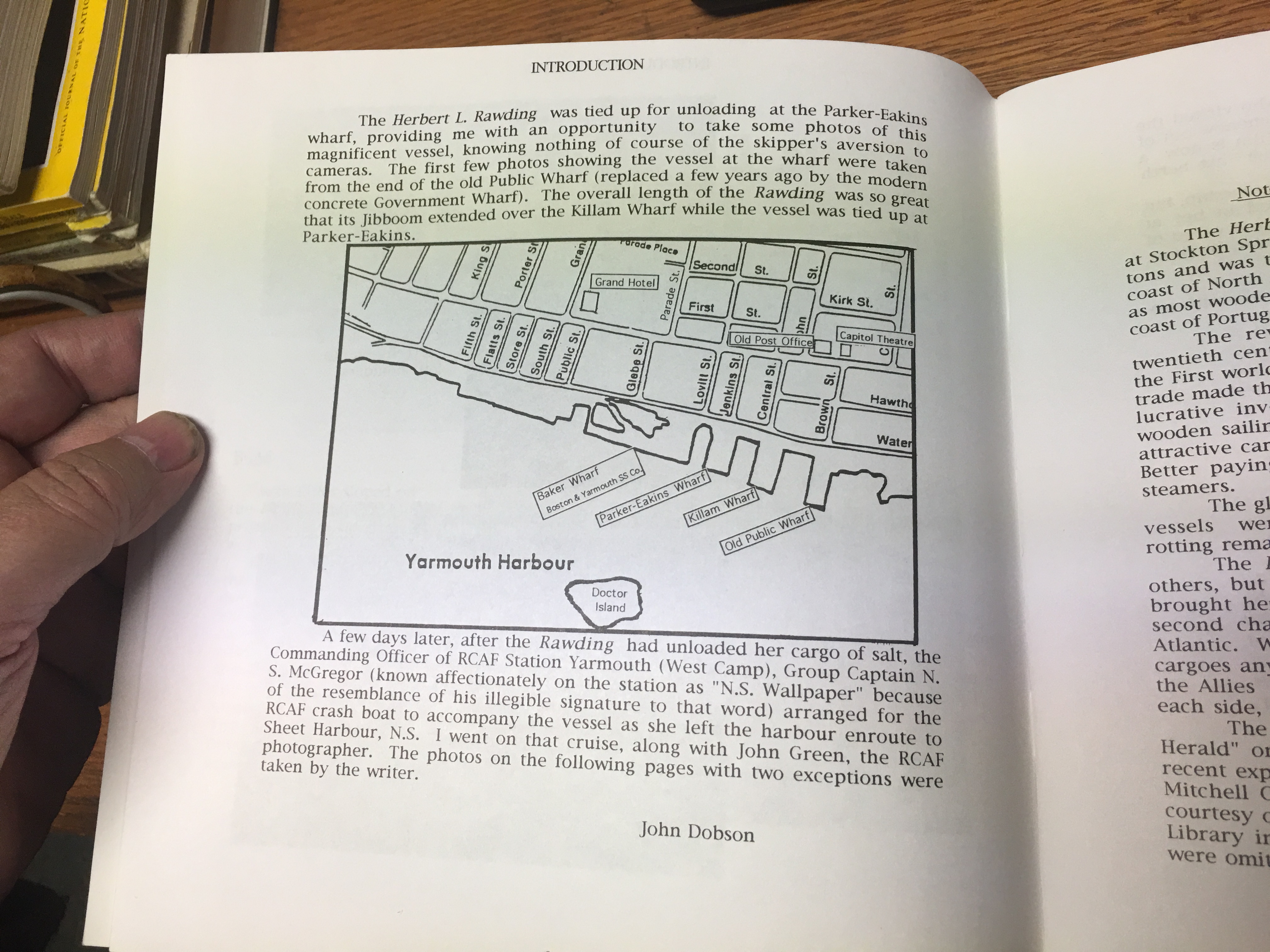 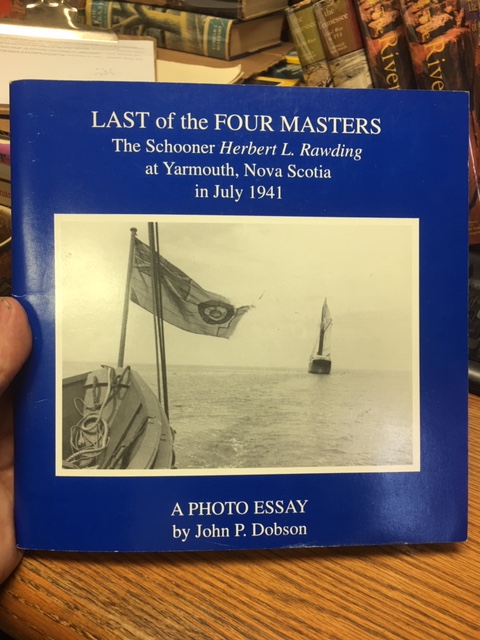 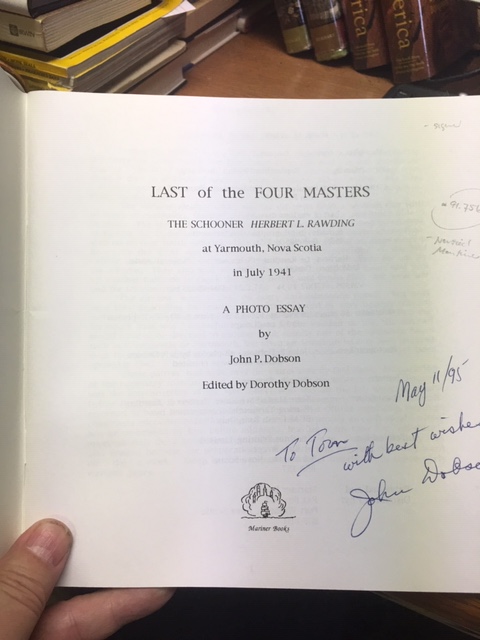 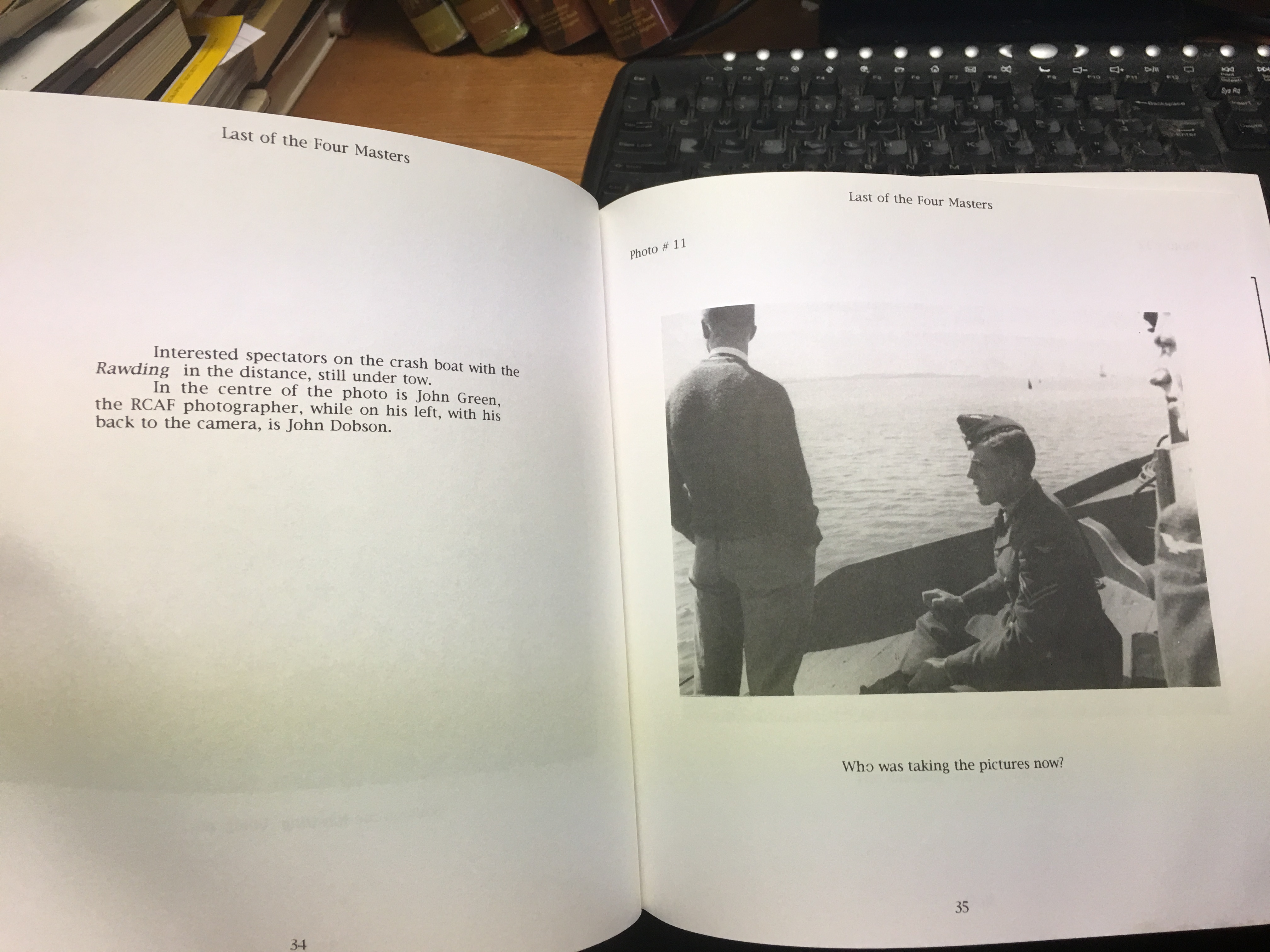 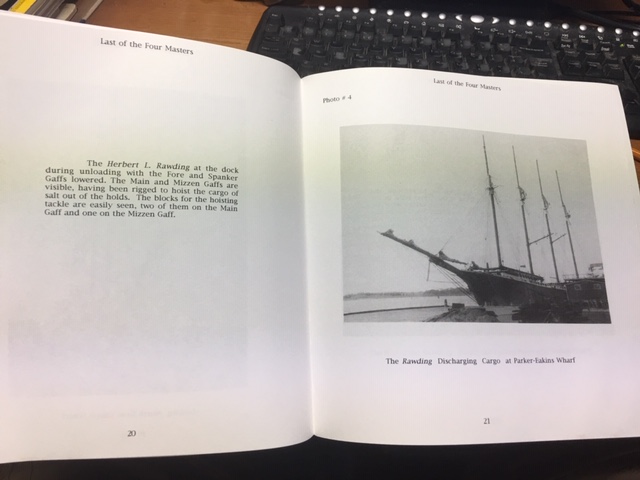 "The Herbert L. Rawding , built in 1919 in Stockton Springs, Maine was the last working four-masted schooner to remain in commercial use on the East coast of North America. Active throughout the Second World War despite submarine action which sent most of her sister ships to the bottom, she foundered off the coast of Portugal in 1947, under Newfoundland registration.

This essay gives the story in photographs and commentary of her departure from Yarmouth, Nova Scotia in July 1941, after she discharged her last cargo of salt destined for curing fish in that port.

John Dobson, Meteorological Officer, RCAF Station Yarmouth from February 1941 to October 1943 took all the photographs except two, one of which was taken by John Green of the RCAF. Dobson's photos were taken with a tiny folding camera [...]." - rear.

Introduction.
Foreword by the Photographer.
Notes about the Herbert L. Rawding by the Editor.

Some rust to staples, else very good. Signed, with inscription, and dated by the author on the title page. 50.00