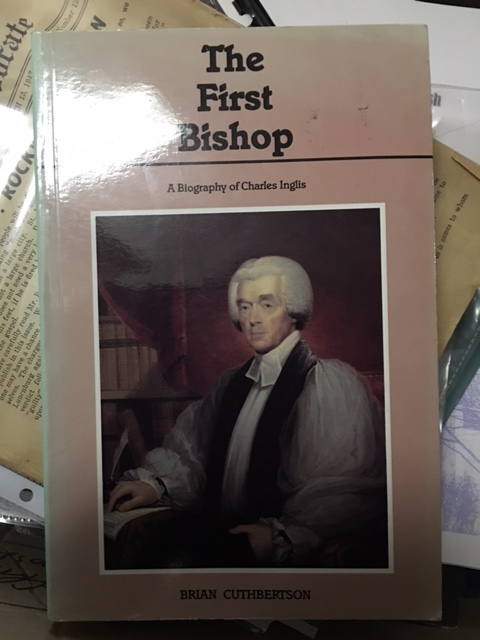 The cover has the Robert Field portrait.

"Irish by birth, Charles Inglis was appointed a missionary of the Society for the Propagation of the Gospel in colonial Delaware before going to New York as assistant rector of Trinity Church. During the American Revolution he became the foremost Loyalist clergyman remaining in the colonies. His natural abilities and faithful service to his King and Church were rewarded by his consecration in 1787 as the first Bishop of Nova Scotia, and of what was to become the Anglican Church of Canada, as well as the first overseas bishop of the Church of England. During his 29 year episcopate, he laid the foundations for the Anglican Church in Maritime Canada.

In this comprehensive biography, using new sources uncovered by the author, Brian Cuthbertson portrays in a highly readable prose the life and the many facets of Charles Inglis's character as a missionary, Loyalist, church architect, horticulturalist, founder of an academy and a college, and as bishop." - from the rear cover.

Appendix B: The Printed Writings of Charles Inglis

With notes and index.