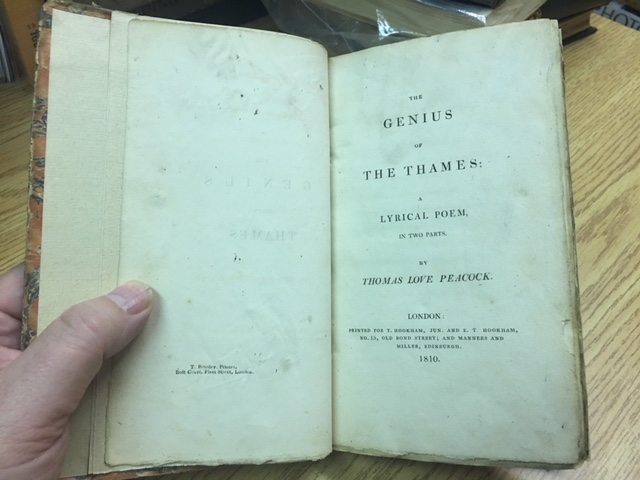 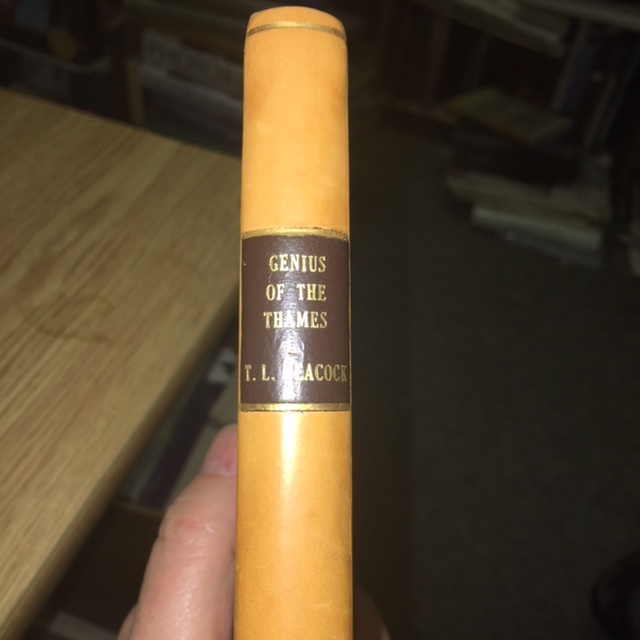 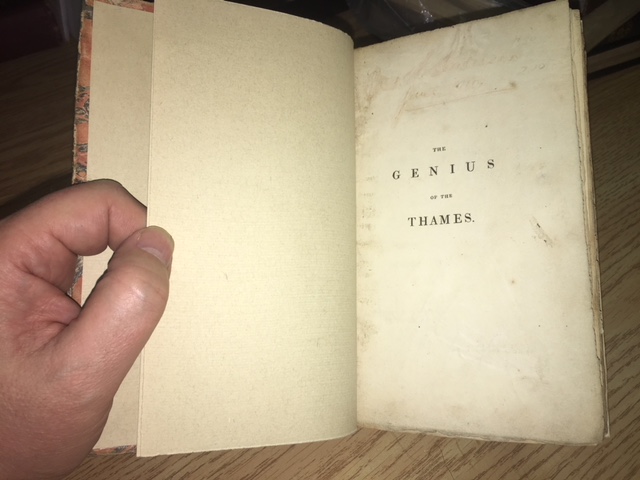 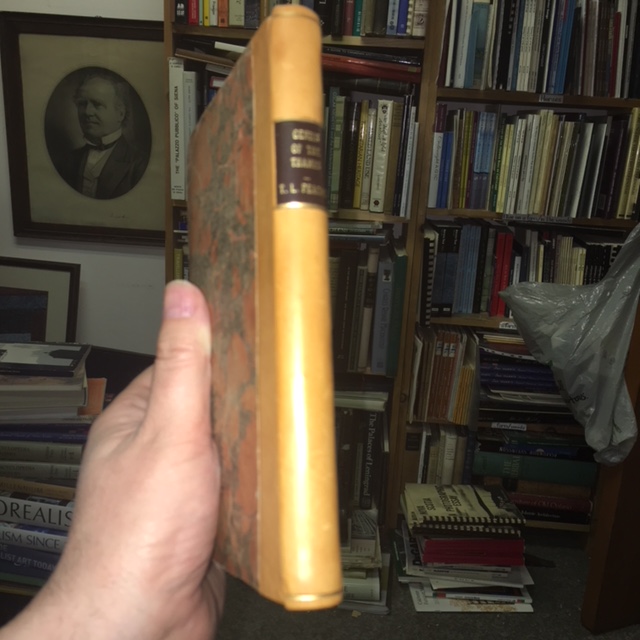 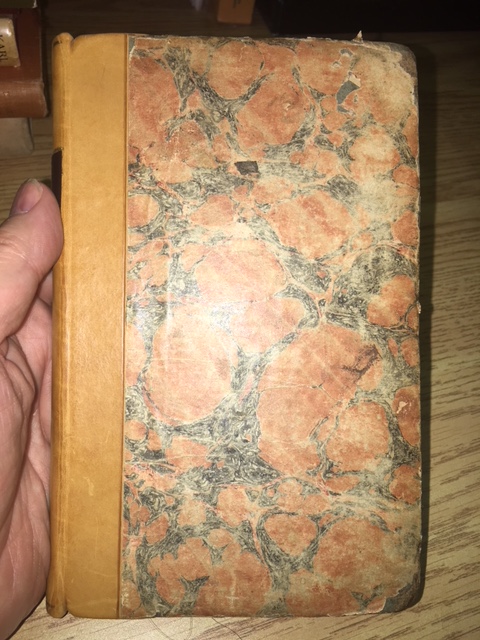 The Genius of the Thames : A Lyrical Poem. First Edition.

Published before he turned 25, this is an early work by the prominent English poet and novelist, "tracing the Thames from its source, in the company of his friend [Percy Bysshe] Shelley". The poem contains eighty stanzas of varying lengths, and produced the quotation "Let fancy lead, from Trewsbury Mead'.

Analysis of the First Part:
"An autumnal night on the banks of the Thames.
Retrospect of early associations. Eulogium of the Thames.
Characters of several rivers of Great Britain.
Acknowledged superiority of the Thames.
View of some of the principal rivers of Europe, Asia, Africa, and America.
Pre-eminence of the Thames.
General character of the river.
The port of London.
The naval domination of Britain, and extent of her commerce and navigation.
Tradition that an immense forest formerly occupied the site of the metropolis.
Episode of a Druid, supposed to have taken refuge in the forest, after the expulsion of the order from Mona."

Analysis of the Second Part:
"Return to the banks of the Thames.
The influence of spring on the scenery of the river.
The tranquil beauty of the valleys of the Thames contrasted with sublimity of more open and elevated regions.
Allusion to the war on the Danube.
Ancient wars on the Thames.
Its present universal pace.
View of the course of the Thames.
Its source near Kemble Meadow.
Comparative reflections on time.
Ewan.
Lechlade.
Radcote.
Godstow nunnery:
Rosamond.
Oxford.
Apostrophe to science.
General character of the scenery from Iffley to Cliefden.
Windsor.
Cooper's Hill.
Runnymead.
Twitnam: Pope.
Richmond: Thomson.
Chelse and Greenwich.
The Tower.
Tilbury For.
Hadleigh Castle.
The Nore.
General allusion to the illustrious characters that have adorned the banks of the Thames.
A summer evening on the river at Richmond.
Comparative adversion to the ancient state of the Euphrates and Araxes, at Babylon and Persepolis.
Present desolation of those scenes.
Reflections on the fall of nations.
Conclusion."

Edgewear to board with some minor chipping to fore-corners, small nick to fore-edge of title page, a few instances of marginal smudging, browning, or sparse foxing, name expunged from half-title leaf, else a very good, tight copy. 700.00

Title: The Genius of the Thames : A Lyrical Poem. First Edition.

The Genius of the Thames : A Lyrical Poem. First Edition.