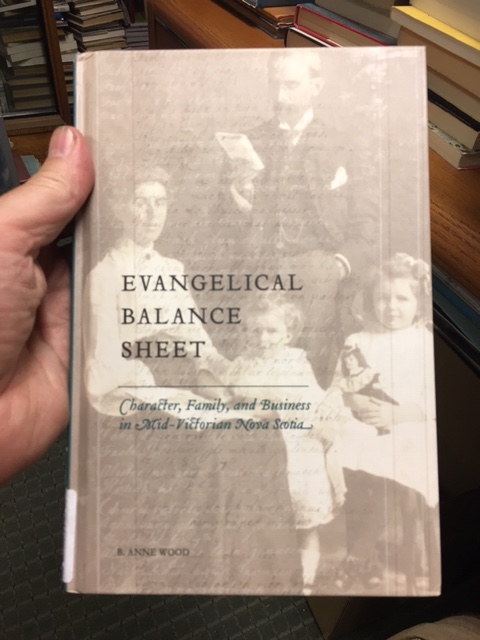 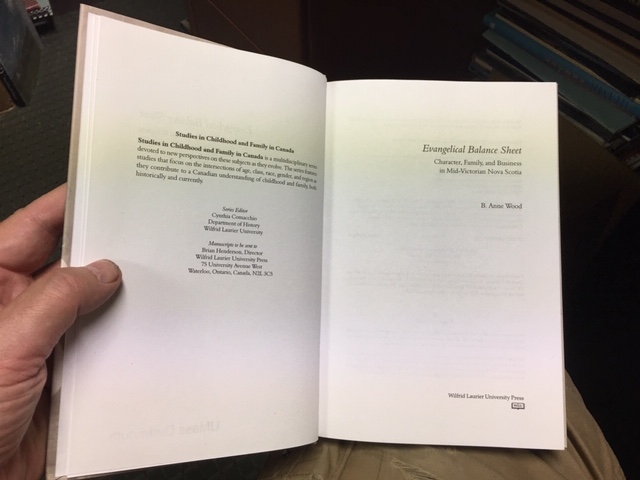 In the Studies in Childhood and Family in Canada series.

Beatrice Anne Wood (b. 1937) a former teacher at Dalhousie, was living in Victoria, B.C. at the time of publication.

"Using the journals of W. Norman Rudolf (1835-1886), a Victorian merchant, Evangelical Balance Sheet: Character, Family, and Business in Mid-Victorian Nova Scotia explores the important role of character ideals and evangelicalism in mid-Victorian culture. Rudolf's diary, with its daily weather observations, its account of family matters, of social and business happenings, and of his own experiences, as well as occasional literary or naturalistic forays, attempts to follow a disciplined regime of writing, but also has elements of a Bildungsroman. The diary reveals an obvious and significant tension between his inner, spiritual search for meaning in his life (evangelical inwardness) and his outward stewardship duties. Rudolf's concept of character, then, involved a type of balance sheet of his evangelical service record, to his God, his family, his business, and his community. Needing God's help to transform his will and to interpret the world in a constructive, rational manner, the underlying intent of his daily journal writing was to keep his commitment to an ethic of benevolence and of the affirmation of the goodness of human beings.

Wood elucidates the cultivation of civic-minded masculinity in the context of Victorian Maritime Canada, analyzing the multiple facets of the character ideal and emphasizing its important role in Victorians' understanding of their life experiences. In the process Wood reveals many underlying assumptions about social change and about civic discourse. The book also describes how the tremendous economic upheavals experienced by many entrepreneurs in the late 1860s to 1880s tempered their evangelical zeal and made it increasingly difficult for them to achieve a balanced and humane perspective on their own lives.

With end-notes, bibliography, and index.
Issued without dust jacket.