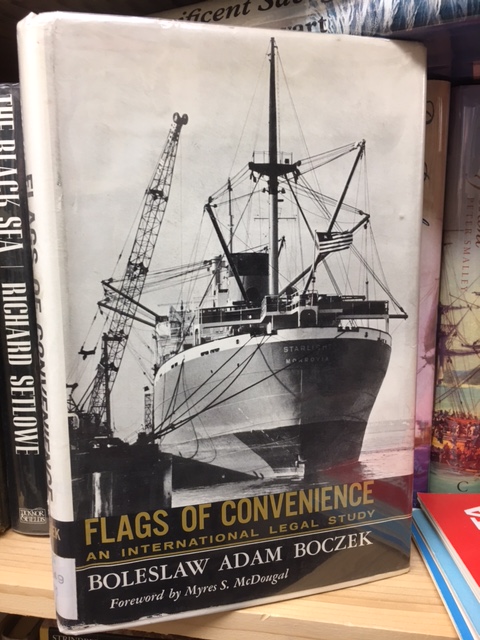 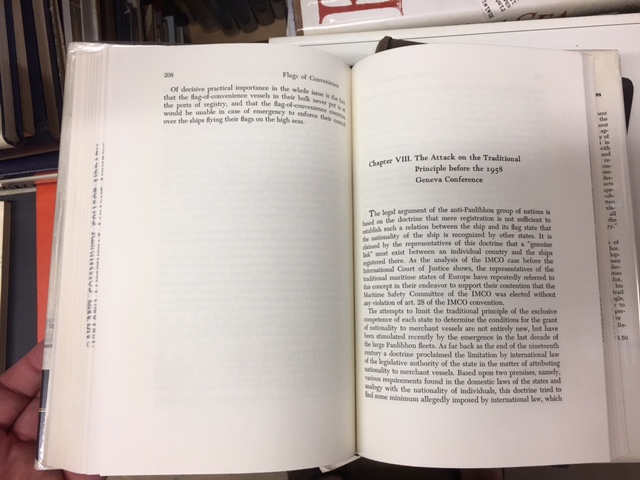 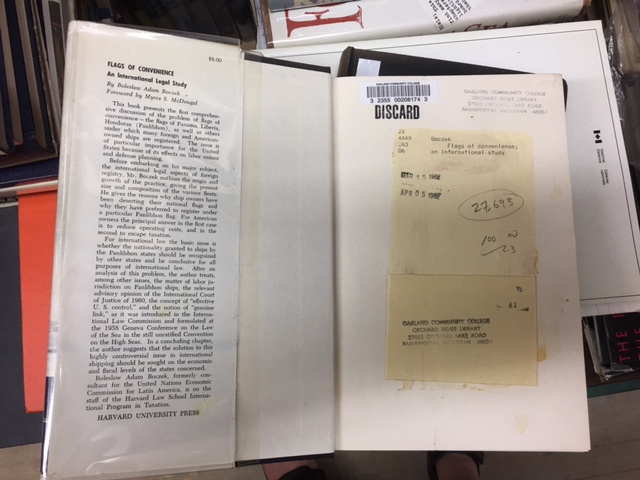 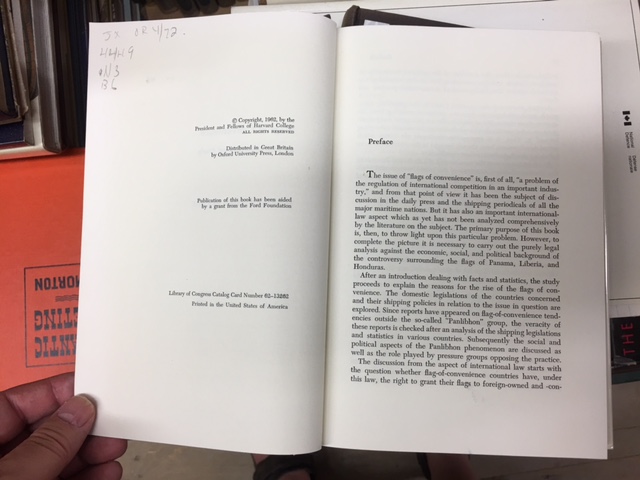 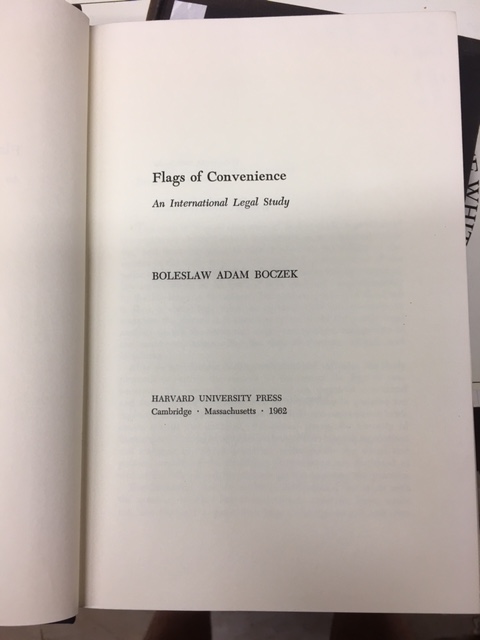 "This book presents.the first comprehensive discussion of the problem of flags of convenience - the flags of Panama, Liberia, Honduras (Panlibhon), as well as others under which many foreign and American-owned ships are registered. The issue is of particular interest for the United States because of its effects on labor unions and defense planning.

Before embarking on his major subject, the international legal aspects of foreign registry, Mr. Boczek outlines the origin and growth of the practice, giving the present size and composition of the various fleets. He gives the reasons why ship owners have been deserting their national flags and why they have preferred to register under a particular Panlibhon flag. For American owners the principal answer in the first case is to reduce operating costs, and in the second to escape taxation.

For international law the basic issue is whether the nationality granted to ships by the Panlibhon states should be recognized by other states and be conclusive for all purposes of international law. After an analysis of this problem, the author treats, among other issues, the matterof labor jurisdiction on Panlibhon ships, the relevant advisory opinion of the International Court of Justice of 1960, the concept of 'effective U.S. control,' and the notion of 'genuine link,' as it was introduced in the International Law Commission and formulated at the 1958 Geneva Conference on the Law of the Sea in the still unratified Convention on the High Seas. In a concluding chapter, the author suggests that the solution to this highly controversial issue in international ship ping should be sought on the economic and fiscal levels of the states concerned." - from the dj.

Chapters :
1. Introduction;
2. The Flight from National Flags;
3. The Opposition to Flags of Convenience;
4. The Basic Issue for International Law;
5. The IMCO Dispute: The Case before the World Court;
6. The Problem of Labor Jurisdiction;
7. The Doctrine of "Effective United States Control";
8. The Attack on the Traditional Principle before 1958;
9. The 1958 Geneva Conference on the Law of the Sea;
10. Summary and Conclusions.
With bibliography, table of cases cited, and index.

Ex library with usual stamps, pouches, &c else clean and solid in dustjacket. 100.00