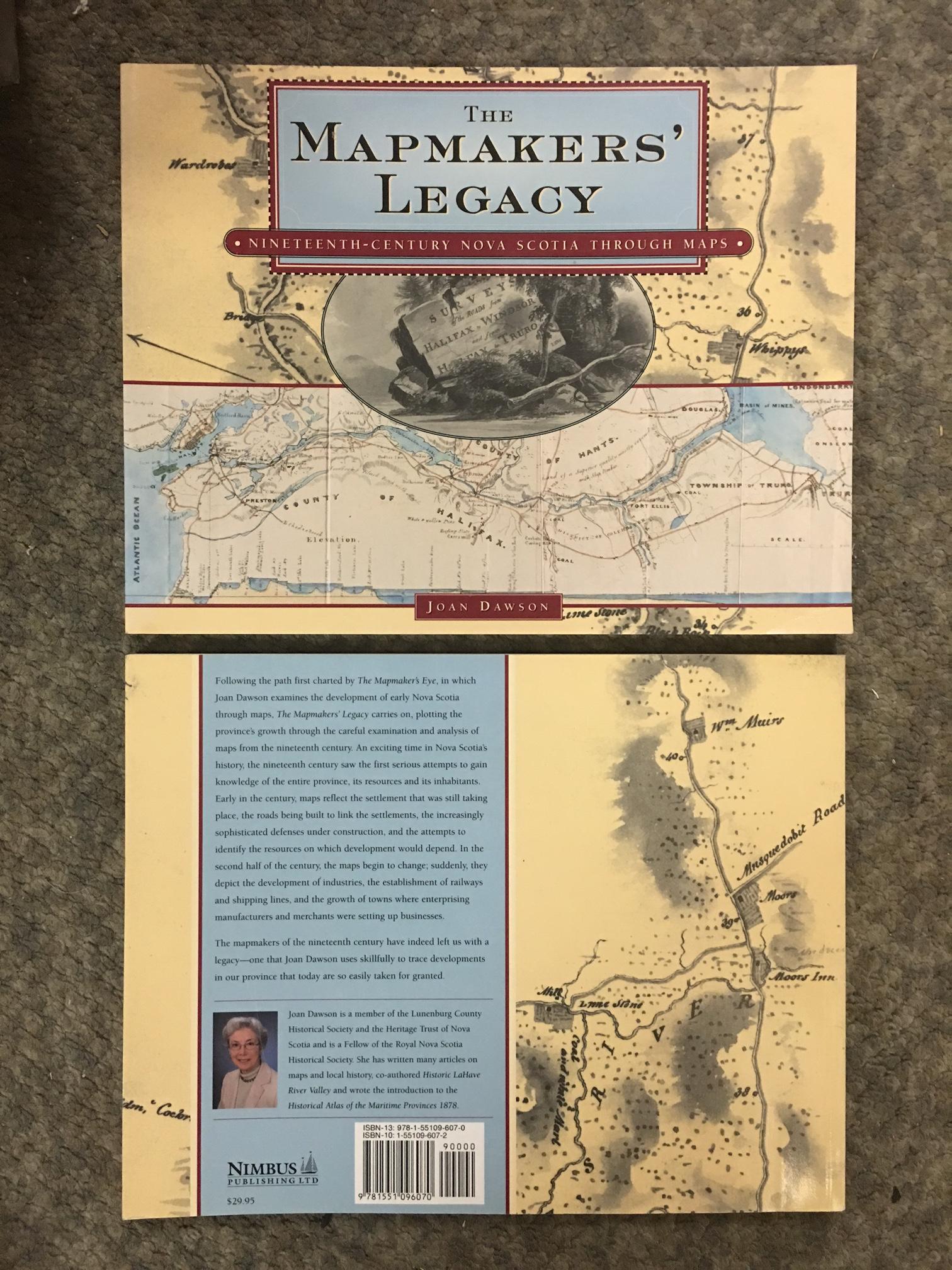 The publisher's launch of this book was on June 28, 2007 at the Halifax Memorial Library.

"Following the path first charted by 'The Mapmaker's Eye', in which Joan Dawson examines the development of early Nova Scotia through maps, 'The Mapmakers' Legacy' carries on, plotting the province's growth through the careful examination and analysis of maps from the nineteenth century. An exciting time in Nova Scotia's history, the nineteenth century saw the first serious attempts to gain knowledge of the entire province, its resources and its inhabitants. Early in the century, maps reflect the settlement that was still taking place, the roads being built to link the settlements , the increasingly sophisticated defenses under construction, and the attempts to identify the resources on which development would depend. In the second half of the century, the maps begin to change; suddenly, they depict the development of industries, the establishment of railways and shipping lines, and the growth of towns where enterprising manufacturers and merchants were setting up business.

The mapmakers of the nineteenth century have indeed left us with a one that Joan Dawson uses skillfully to trace developments in our province that today are so easily taken for granted. " - from the rear cover.

Contents:
1. Surveying the Scene: The Mapmakers;
2. Selling the Scene: Printers and Publishers;
3. Getting Around: Roads, Bridges, and Ferries;
4. Natural Resources: Minerals, Wood, and Water;
5. New Developments: Canals and Railways;
6. Defending the Empire: Military Maps;
7. Charting the Coast: Ports and Harbours (pp.98-113);
8. Establishing the Population: Surveys of Settlements;
9. Maps and the Marketplace: Commercial City and Town Maps.