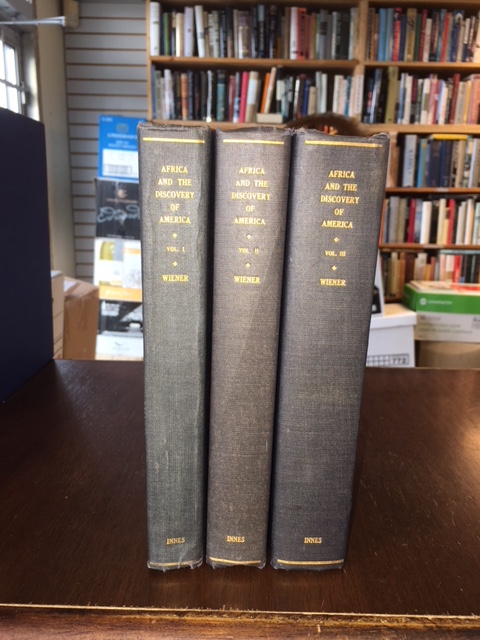 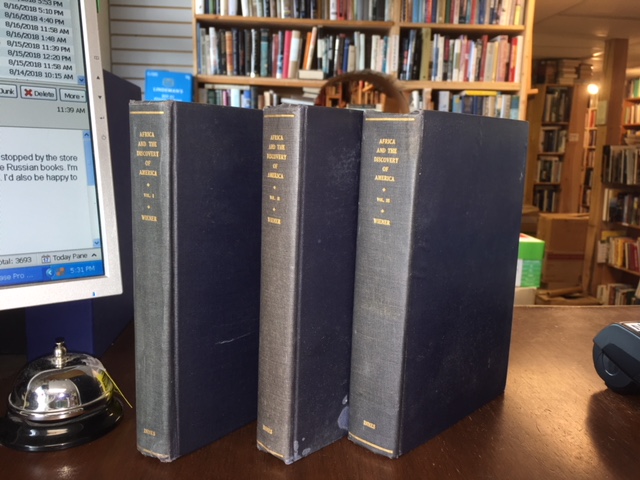 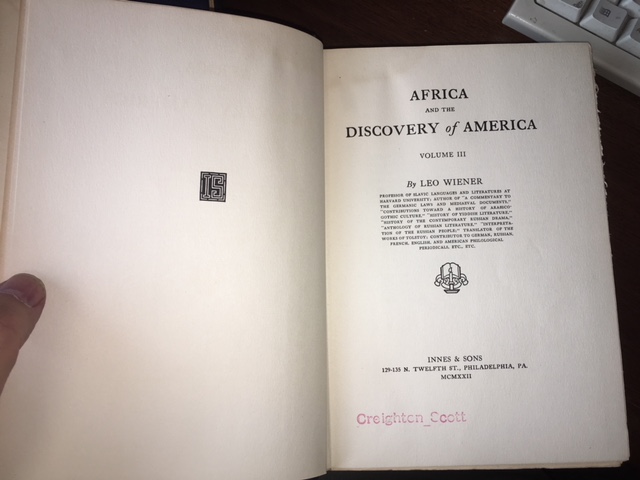 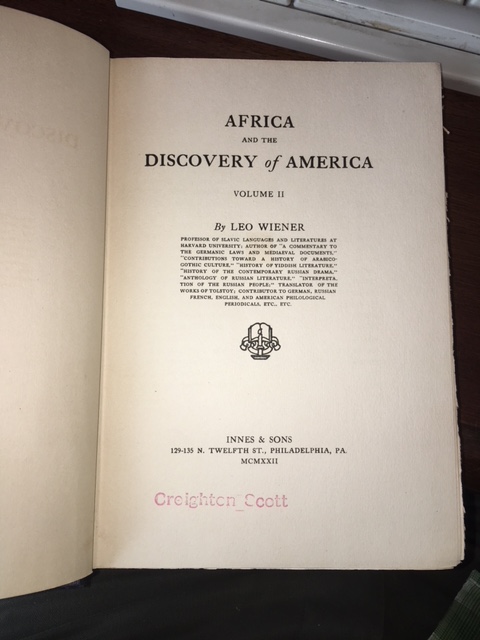 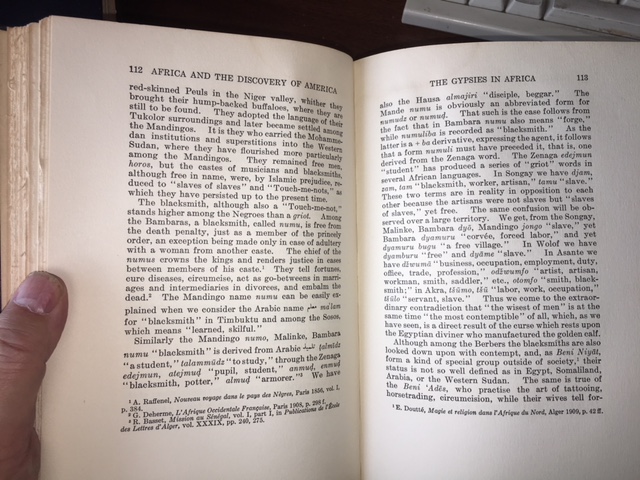 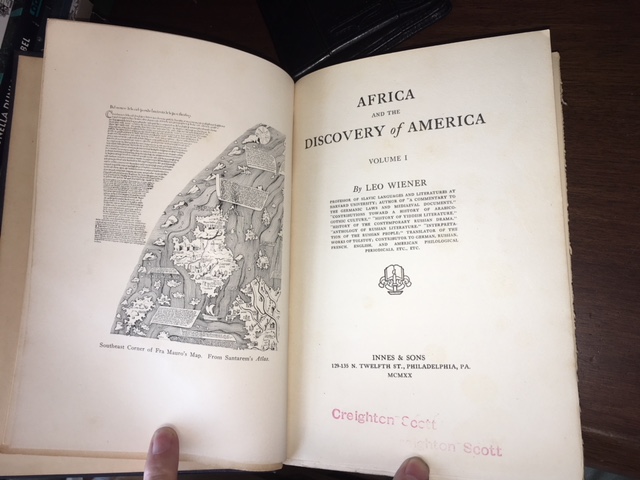 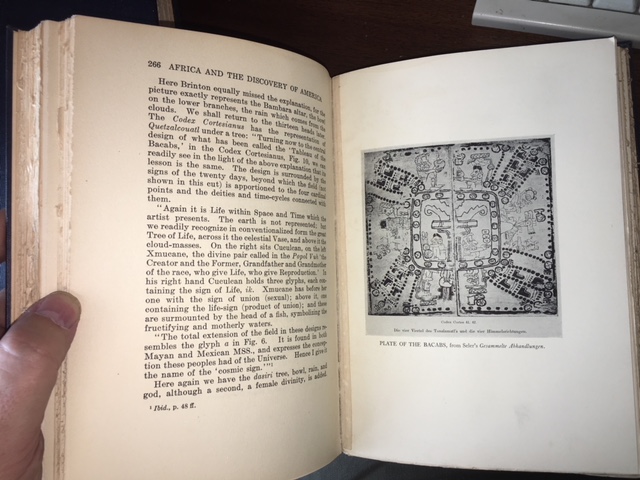 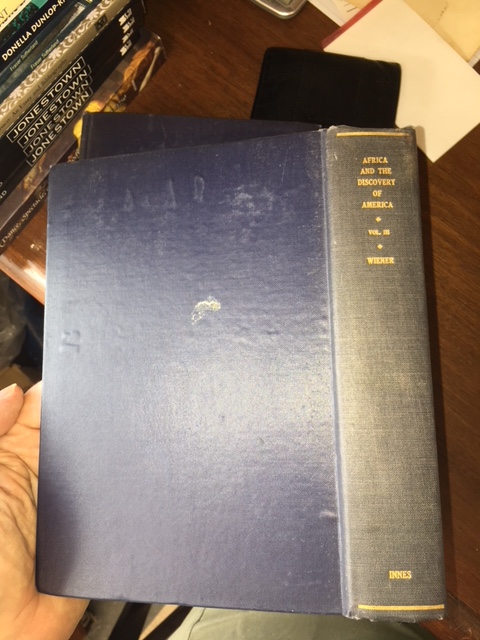 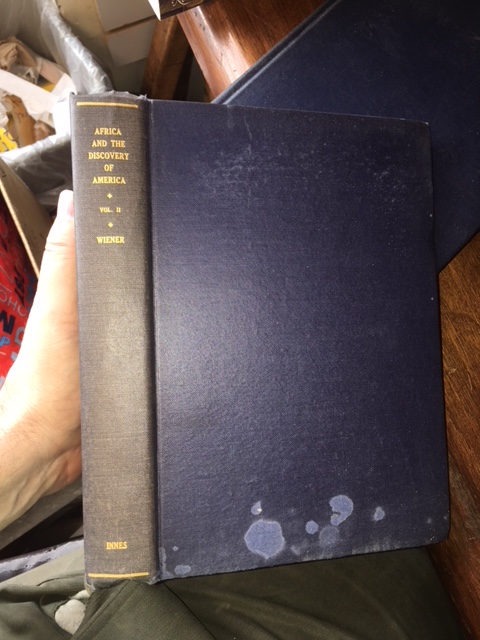 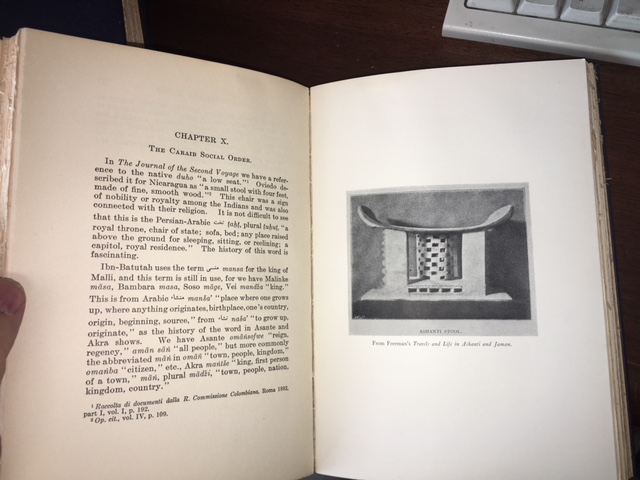 Africa and the Discovery of America. First Edition. In three volumes.

"In the first volume I show that the Negroes have had a far greater influence upon American civilization than has heretofore been suspected. In the second volume I shall chiefly study the African fetichism, which, even with the elaborate books on the subject, is wofully misunderstood, and I shall show by documentary evidence to what extraordinary extent the Indian medicine-man owes his evolution to the African medicine-man, who, in his turn, derives his wisdom from the popular Arabic medical science and religion." - from the foreword to volume one.

Contents: I: The Journal of the First Voyage and the First Letter of Columbus; The Second Voyage; Tobacco; The Bread Roots.

Volume One: Name inked to flyleaf, faint dampstaining to upper right corner of final quarter of the leaves;

Volume Two: A few small damp spots to front board, faint dampstaining to bottom edge of pp.75-92 and very faintly to the top margin;

NOTE : Due to the weight of this set, extra charges will likely be necessary to cover postage. 200.00

Title: Africa and the Discovery of America. First Edition. In three volumes.

Africa and the Discovery of America. First Edition. In three volumes.