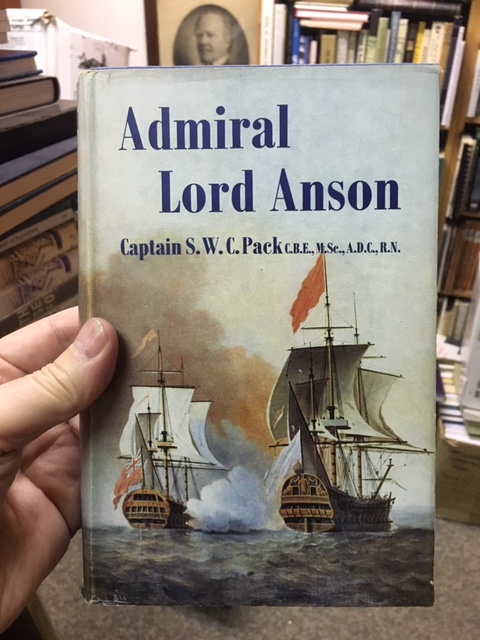 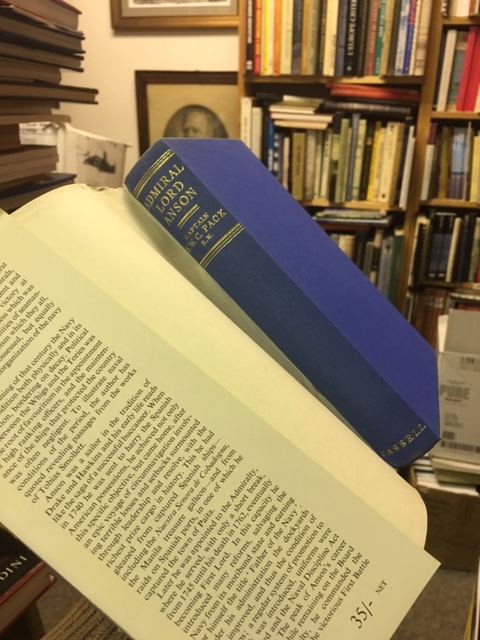 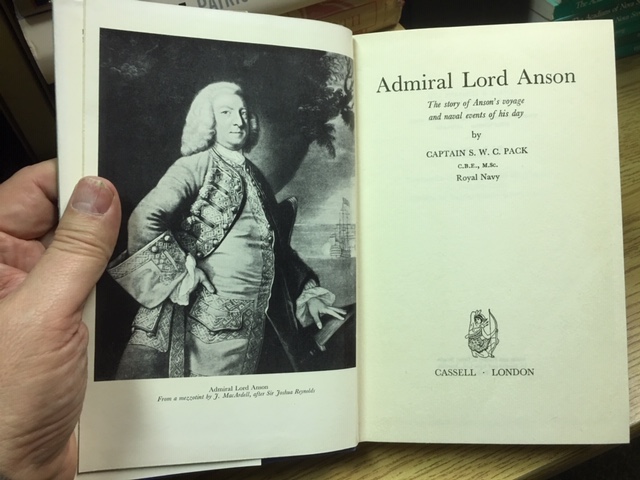 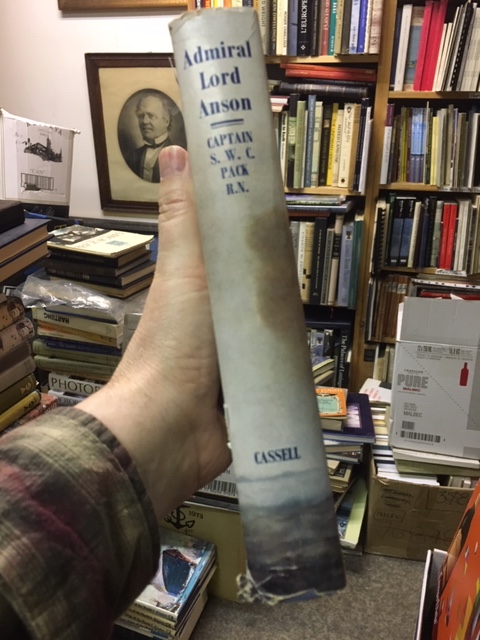 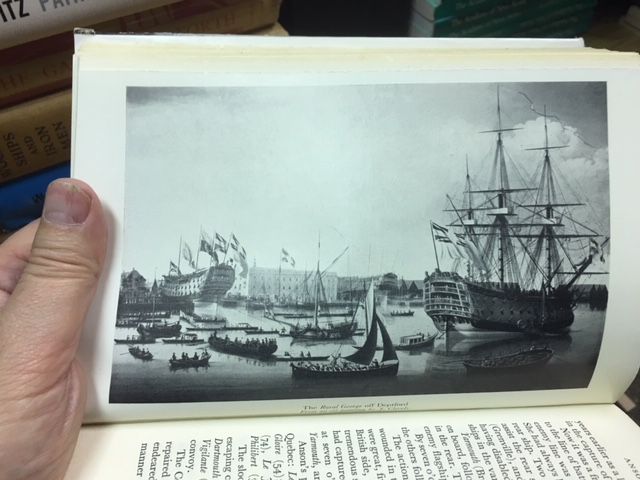 Admiral Lord Anson : The Story of Anson's Voyage and Vaval events of His Day. First Edition in dustjacket

"The career of Admiral Lord Anson heralded the most glorious epoch in the history of the Royal Navy. He was the first of the great eighteenth century admirals, preceding Rodney, Howe, St. Vincent and finally Nelson, whose mighty victory at Trafalgar set the seal on a process which was based not only on those qualities of seamanship, command and heroism which they all, without exception, possessed, but equally important, on the reorganization of the navy itself.

At the beginning of that century the Navy was in a condition both physically and in its organization, bordering on decay. Political strife between the Whigs and the Tories was at the root of favouritism in the appointment of high ranking officers, and the maintenance of the ships that protected the country was often negligent. To illustrate naval conditions of the period, the author has quoted revealing passages from the works of Tobias Smollett.

Anson was a sailor in the tradition of Drake and Hawkins and his early life reads like the saga of a successful buccaneer. When in 1740 he was sent to harry the Spanish American possessions, he achieved not only this specific objective, but came home, after an epic voyage of circumnavigation involving terrible losses and setbacks surmounted through leadership and resolve, with the richest prize cargo in history. This he had gleaned from captured Spanish ships - including the Nuestra Senora de Cobadogna, the Manila treasure galleon - and from raids on Spanish ports, in one of which he captured the town of Paita.

Later he was appointed to the Admiralty, where he served, with only a short break, from 1745 until his death in 1762, eventually becoming First Lord. In this capacity he introduced many reforms, salvaging the Navy from its moribund state and earning for himself the title 'Father of the Navy'. Under his administration the dockyards were improved, and thus the condition of the ships; a regular system of promotion to flag rank was introduced, uniforms were standardized and the National Discipline Act was revised. The peak of Anson's career came when, while remaining on the Board of the Admiralty, he commanded the Channel Fleet at the victorious First Battle of Finisterre. " - from the dustjacket.

Title: Admiral Lord Anson : The Story of Anson's Voyage and Vaval events of His Day. First Edition in dustjacket

Admiral Lord Anson : The Story of Anson's Voyage and Vaval events of His Day. First Edition in dustjacket