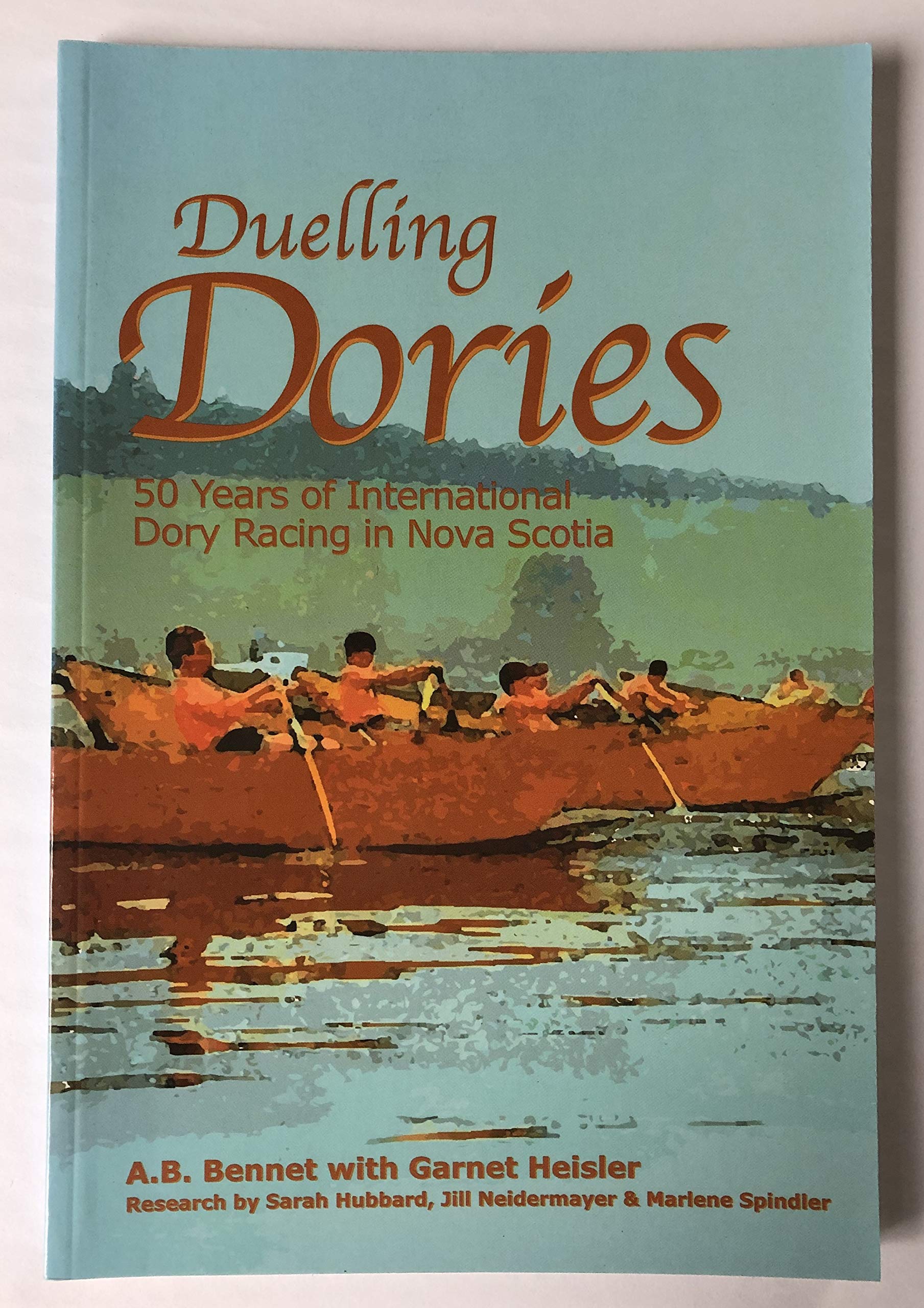 By: BENNET, A. B., with Garnet HEISLER. HEISLER, Garnet

This book was published to coincide with the 50th Anniversary of International Dory Racing in Nova Scotia. It is a celebration of this milestone and of the men and women who have represented the seafaring ports of Lunenburg and Gloucester over the years. It is a connection to our past; the wooden boat, iron men and women, and the sea with the "Novies" and the "Yanks" doing battle; the duelling dories. Special recognition is given to legendary rowing champions and Nova Scotia Sports Hall of Fame members, Russell Langille and Lloyd Heisler.

"There is a wealth of material in print about the famous Grand Banks schooners out of Lunenburg, Nova Scotia, and Gloucester, Massachusetts, that competed both for the fish catches and, toward the end of their era, for the coveted International Fisherman's Trophy.

This book chronicles, for the first time, another aspect of the competition among fishermen out of the two ports: the International Dory Races."

Author Name: BENNET, A. B., with Garnet HEISLER. HEISLER, Garnet