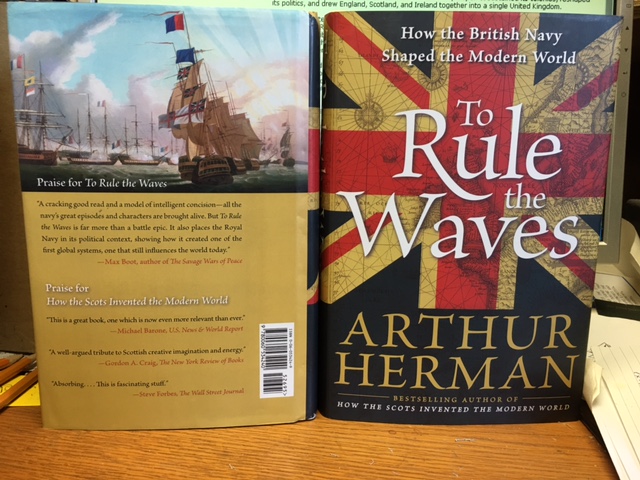 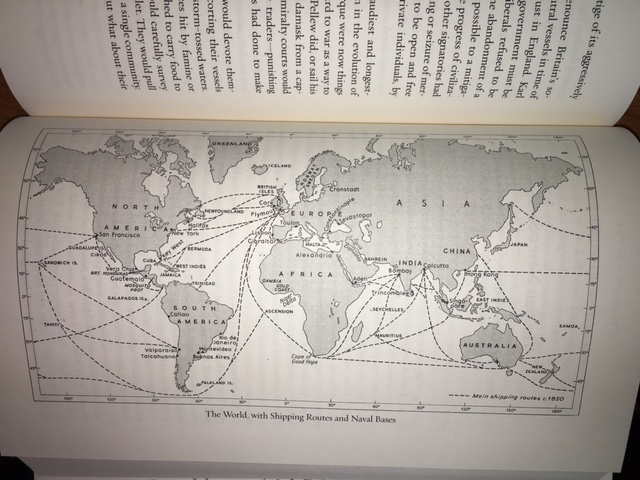 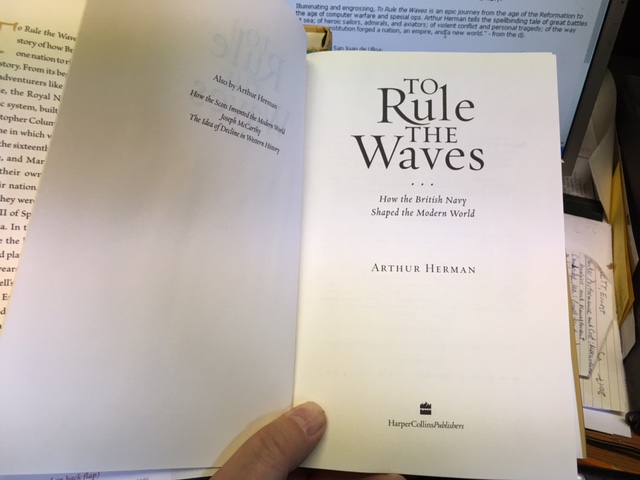 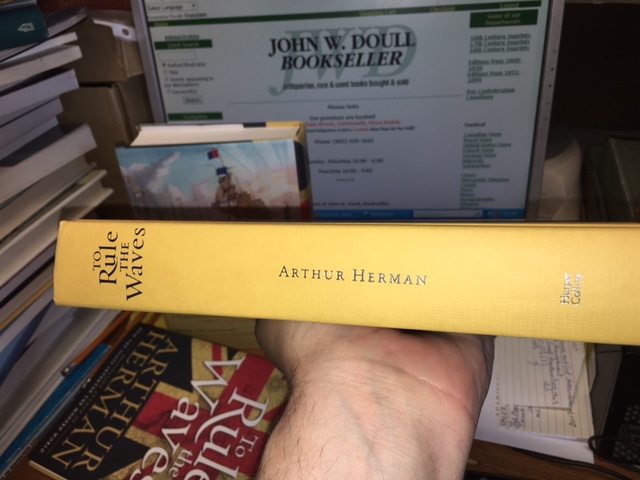 To Rule the Waves : How the British Navy Shaped the Modern World. First American Edition in dustjacket.

"To Rule the Waves tells the extraordinary story of how Britain's Royal Navy allowed one nation to rise to power unprecedented in history. From its beginnings under Henry VIII and adventurers like John Hawkins and Francis Drake, the Royal Navy toppled one world economic system, built by Spain and Portugal after Christopher Columbus, and ushered in another -- the one in which we still live today.

In the sixteenth century, such men as Hawkins, Drake, and Martin Frobisher were all seekers after their own fortunes as well as servants of their nation. But at the moment of crisis in 1588, they were able to come together to thwart Philip II of Spain and his supposedly invincible Armada. In the seventeenth century, the navy became the key to victory in the English Civil War and played a leading role on the world stage in the years of the Commonwealth and Oliver Cromwell's Protectorate. The navy's dominance allowed England's trade to boom and prosper. It sustained its colonies, reshaped its politics, and drew England, Scotland, and Ireland together into a single United Kingdom.

It was this system that Napoleon had to break in order to make himself absolute master of Europe. And it was the Royal Navy, led by men like Horatio Nelson, that stopped him in his tracks and preserved the liberty of Europe and the rest of the world. That global order would survive the convulsions of the twentieth century and the downfall of the British Empire itself, as Britain passed its essential elements on to its successors, the United States and its navy.

Illuminating and engrossing, To Rule the Waves is an epic journey from the age of the Reformation to the age of computer warfare and special ops. Arthur Herman tells the spellbinding tale of great battles at sea; of heroic sailors, admirals, and aviators; of violent conflict and personal tragedy; of the way one mighty institution forged a nation, an empire, and a new world." - from the dj.

Title: To Rule the Waves : How the British Navy Shaped the Modern World. First American Edition in dustjacket.

To Rule the Waves : How the British Navy Shaped the Modern World. First American Edition in dustjacket.