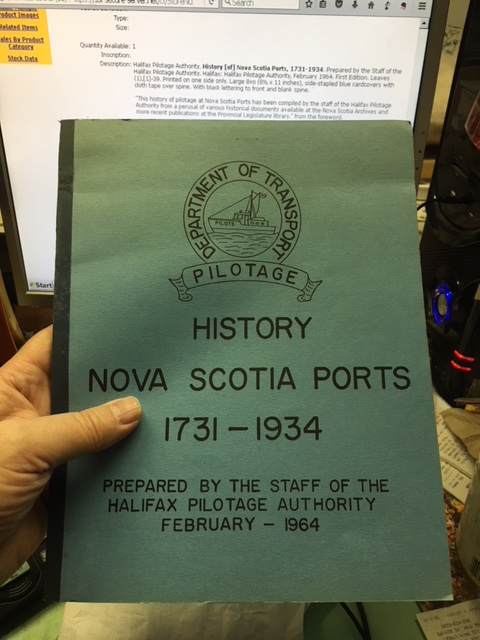 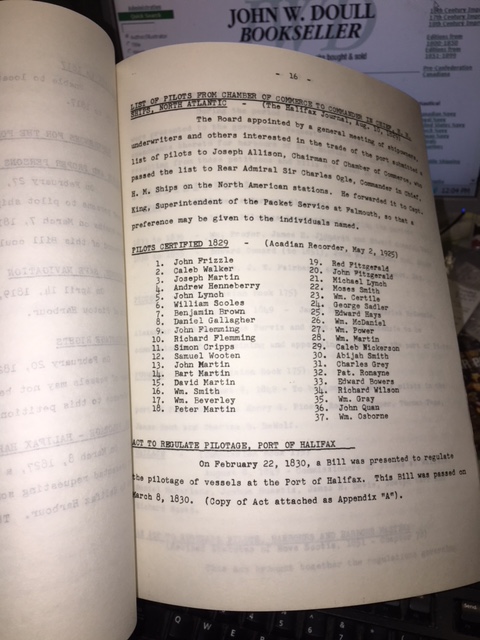 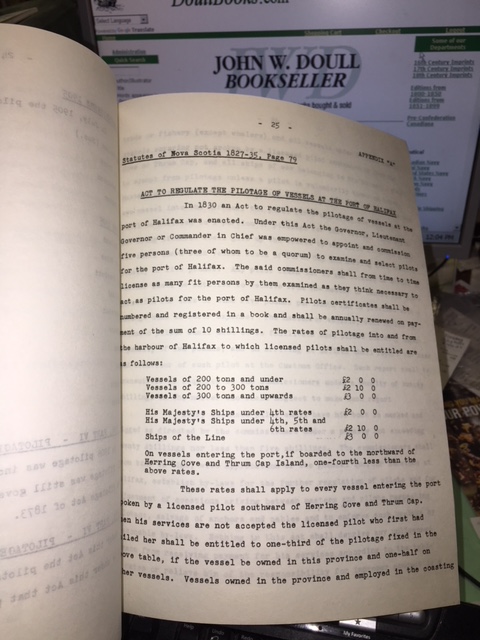 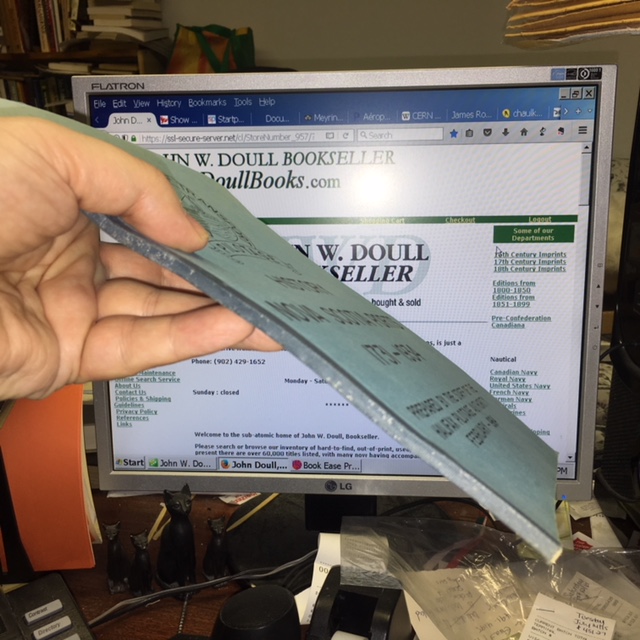 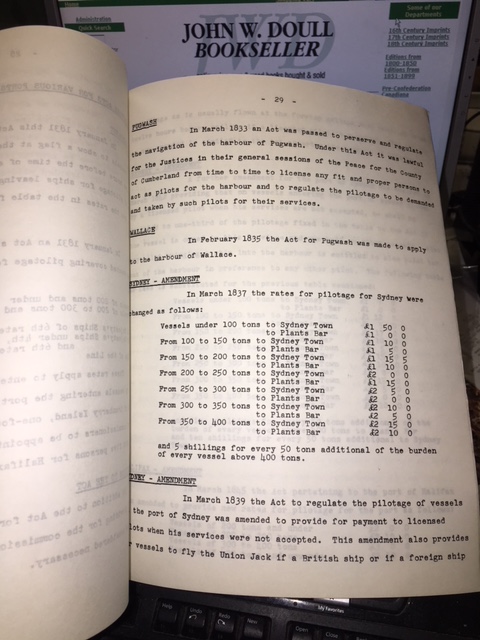 Halifax Pilotage Authority. History [of] Nova Scotia Ports, 1731-1934. Prepared by the Staff of the Halifax Pilotage Authority. Halifax: Halifax Pilotage Authority, February 1964. First Edition. Leaves (1),[1]-39. Printed on one side only. Large 8vo (8½ x 11 inches), side-stapled blue cardcovers with cloth tape over spine. With black lettering to front and blank spine. ` "This history of pilotage at Nova Scotia Ports has been compiled by the staff of the Halifax Pilotage Authority from a perusal of various historical documents available at the Nova Scotia Archives and more recent publications at the Provincial Legislature library." from the foreword. This slim typescript volume provides information on piloting, in Nova Scotia's ports, from the "earliest reference to pilotage [in the region], the official appointment of Lewis Hautbois at the Port of Annapolis on August 7, 1731", to the use of the first pilot schooner, the Dolphin, in Halifax Harbour shortly after its settlement, through changes of statutes and fees, to the middle of the 1930s. Includes statues, a selection of appointment and pilotage rate information, duties, a smattering of sailing orders, &c., &c. Includes some material on the port of Sydney, Cape Breton. A few penned words to front cover, top inch of cloth tape spine frayed, some browning to covers, else very good. From the library of marine historian Stanley Spicer, with his pencil markings. Uncommon. 75.00