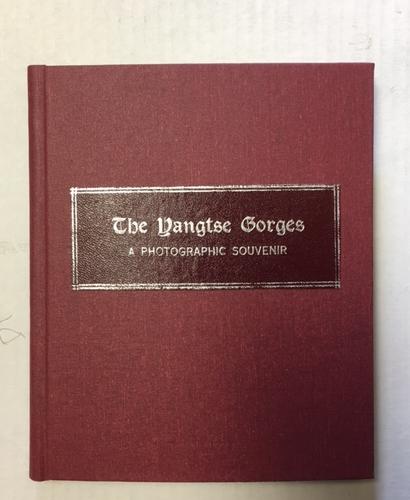 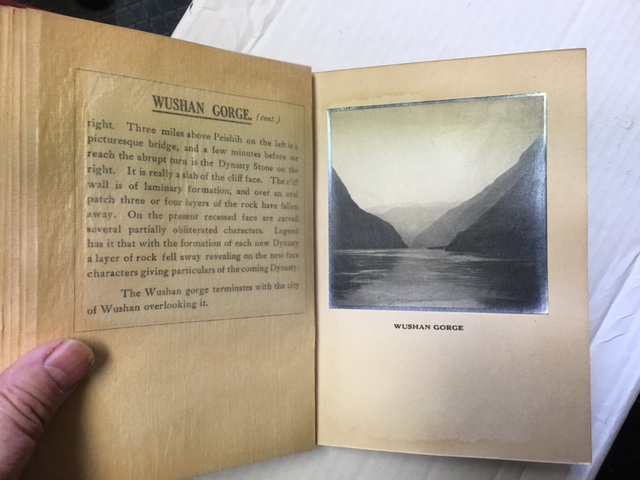 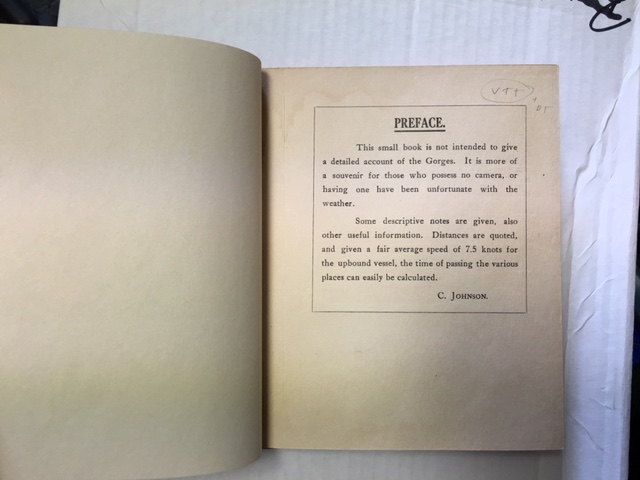 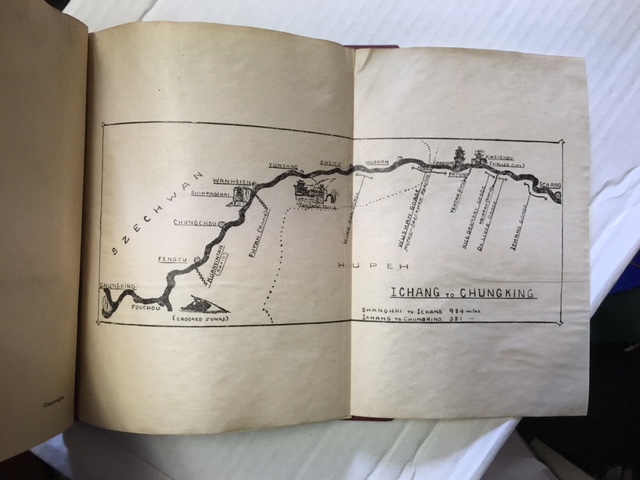 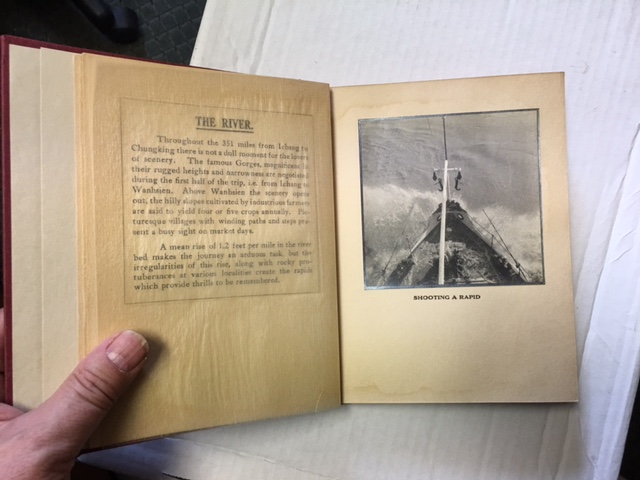 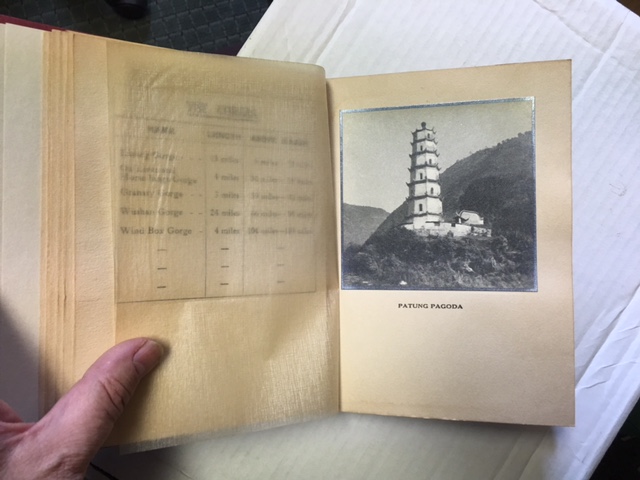 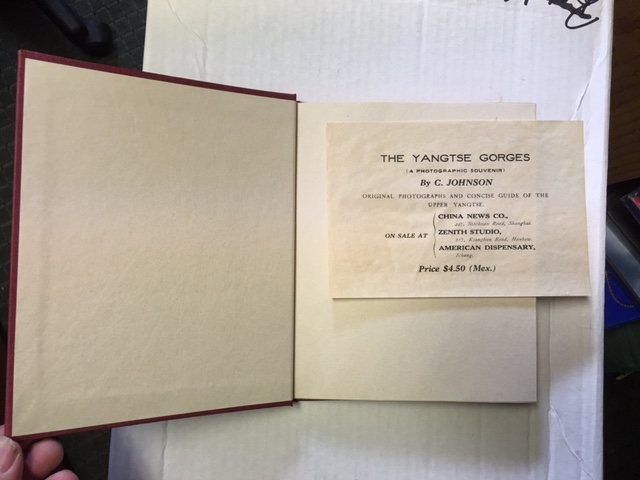 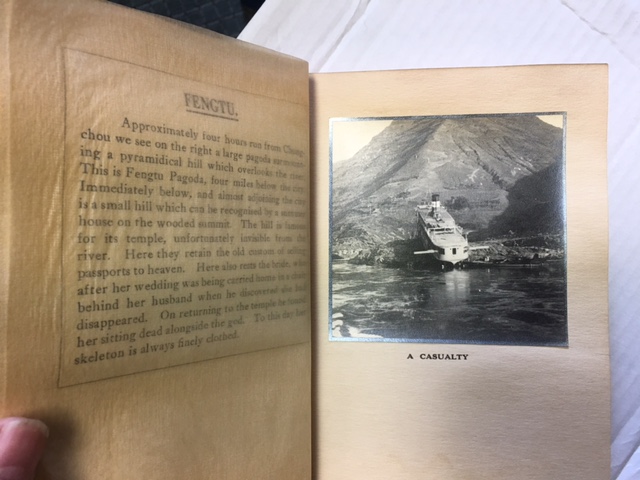 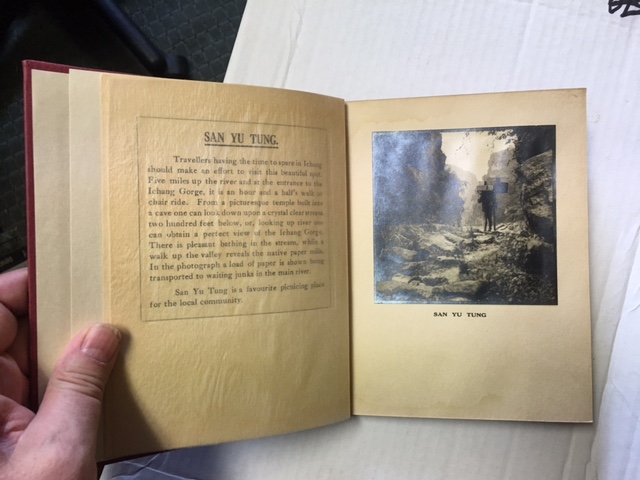 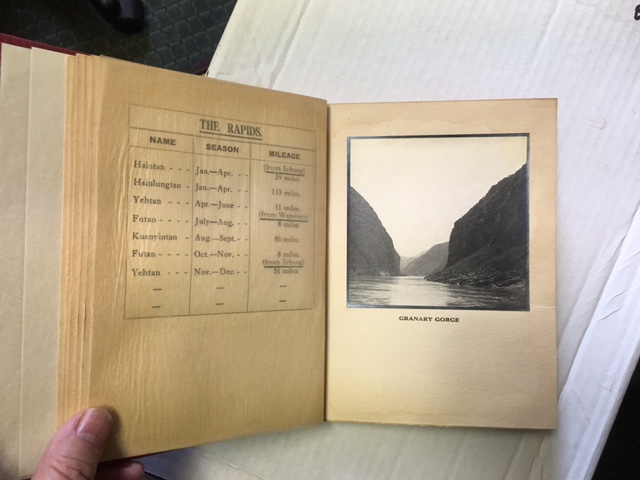 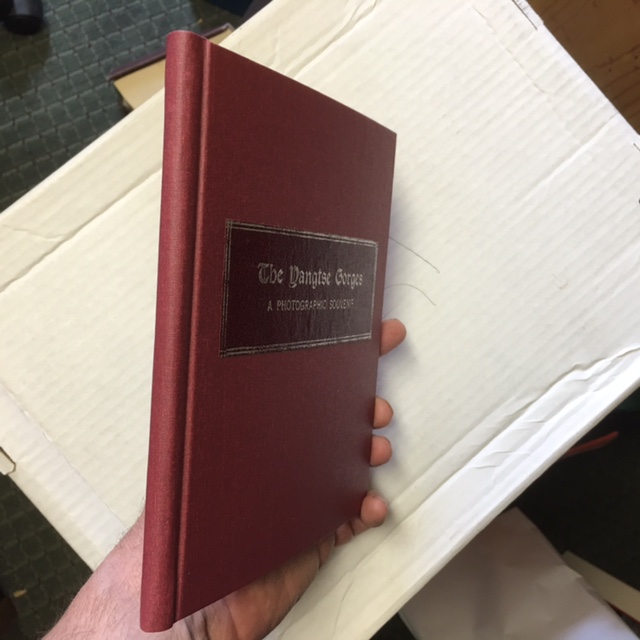 JOHNSON, C. The Yangtse Gorges : A Photographic Souvenir. N.pl. [China?]: n.pub., n.d. [1901?]. First Edition. Pp (30) + folding map (I Chang to Chungking) at rear. Illustrated with 14 mounted plates in black-and-white. 8vo, newly rebound in purple cloth, with new endpapers, sewn though original staple holes, and part of old cover with original silver title-lettering laid on. A scarce viewbook of the Yangtze, Asia's longest river. "This small book is not intended to give a detailed account of the Gorges. It is more of asouvenir for those who possess no camera, or having one have been unfortun ate with the weather. Some descriptive notes are given, also other useful information. Distances are quoted, and given a fair average speed of 7.5 knots for the upbound vessel, the time of passing the various places can easily be calculated." - (Preface). Contents : Preface; San Yu Tung; The River; The Rapids; The Gorges; Wushan Gorge; Wind Box Gorge; Kweifu to Wanhsien; Shihpaochai; Shihpaochai to Fengtu; Fengtu; Fengtu to Chungking. A very goodcopy in a new binding, with promotional sheet laid in [listing three locat ions where it is available in China, for $4.50 (Mex.)] Now bound in much more sturdy and useable form. 3,000.00