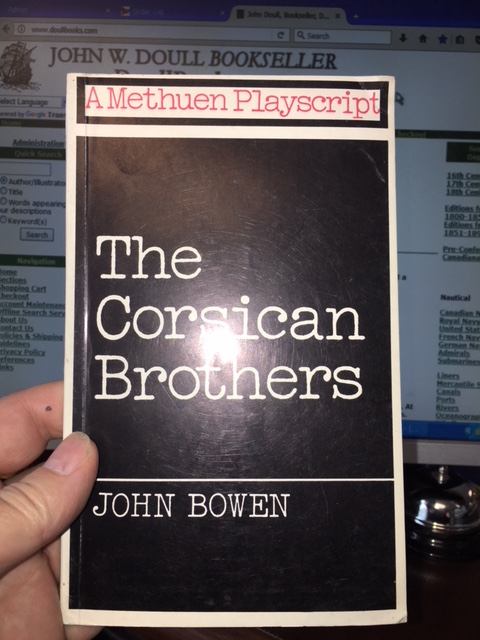 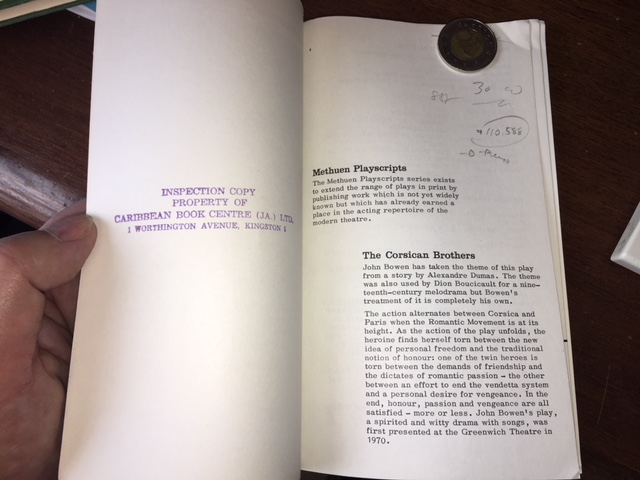 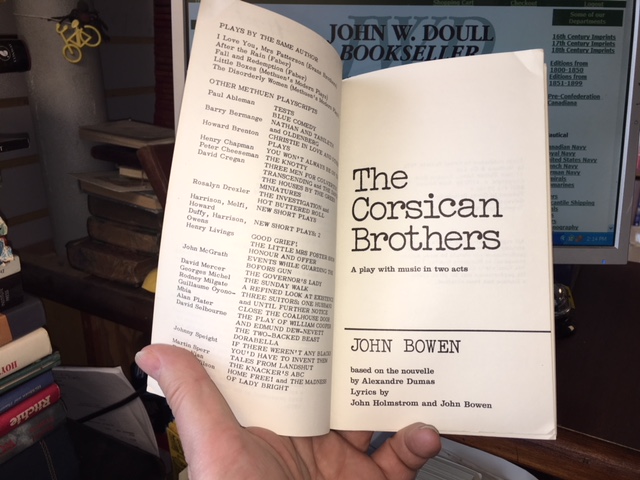 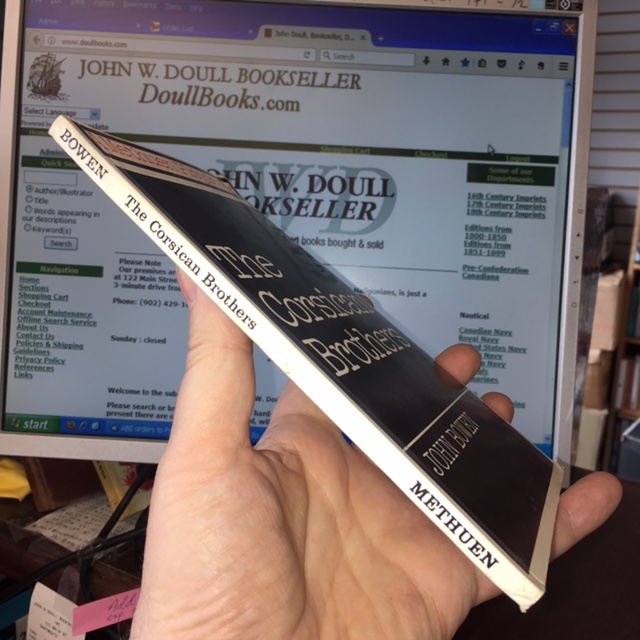 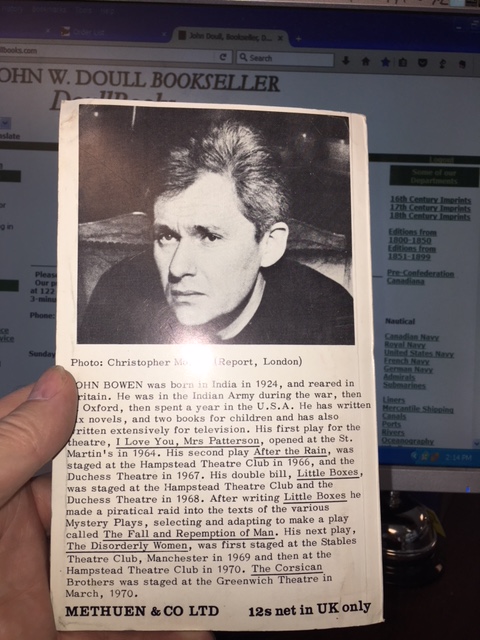 "John Bowen has taken the theme of this play from a story by Alexandre Dumas. The theme was also used by Dion Boucicault for a nineteenth-century melodrama but Bowen's treatment of it is completely his own. The action alternates between Corsica and Paris when the Romantic Movement is at its height. As the action of the play unfolds, the heroine finds herself torn between the new idea of personal freedom and the traditional notion of honour: one of the twin heroes is torn between the demands of friendship and the dictates of romantic passion -- the other between an effort to end the vendetta system and a personal desire for vengeance. In the end, honour, passion and vengeance are all satisfied -- more or less." - from the first leaf.