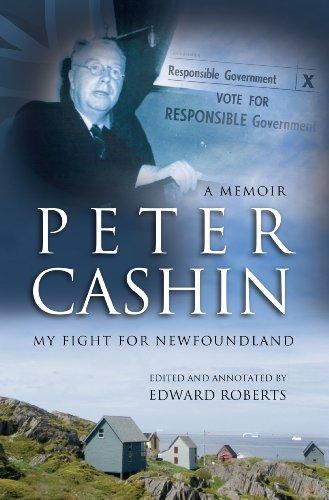 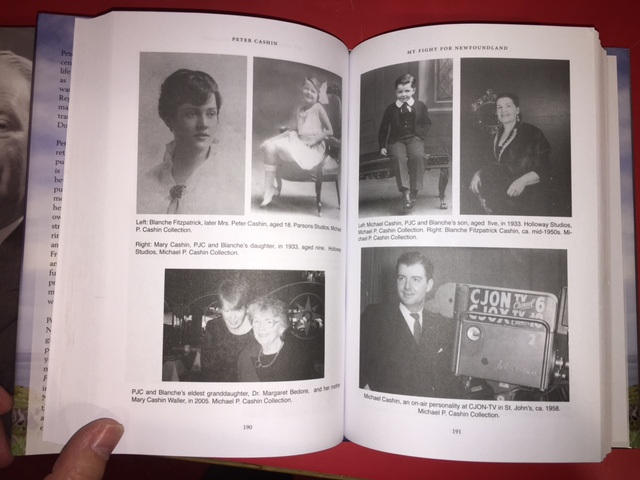 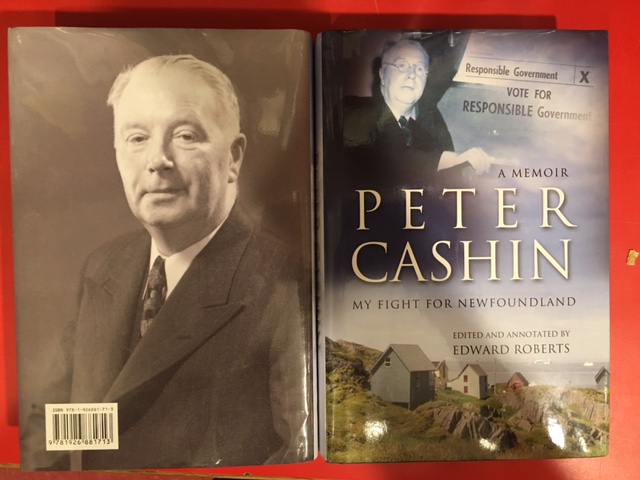 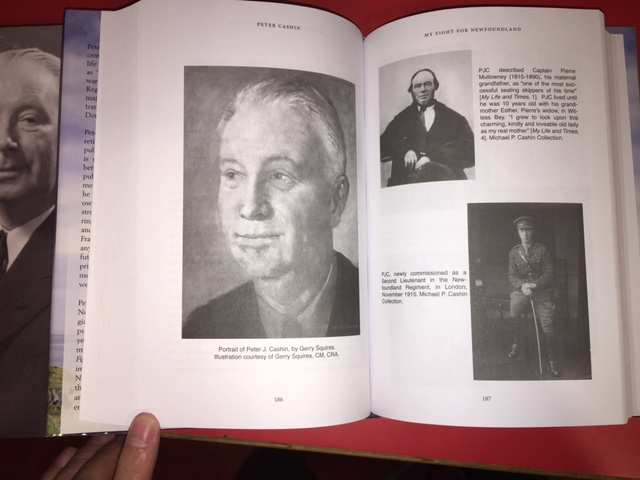 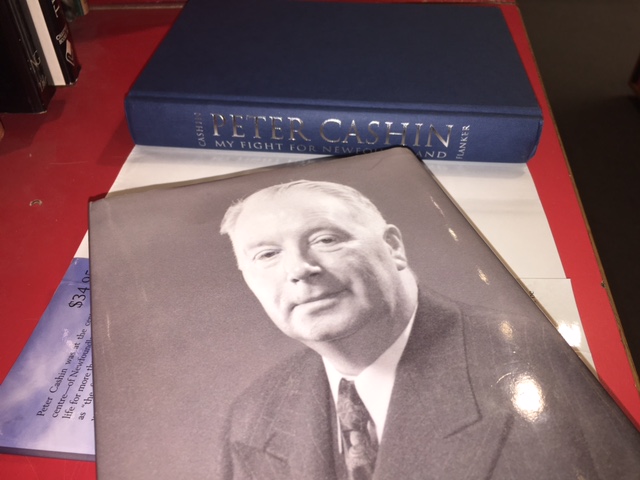 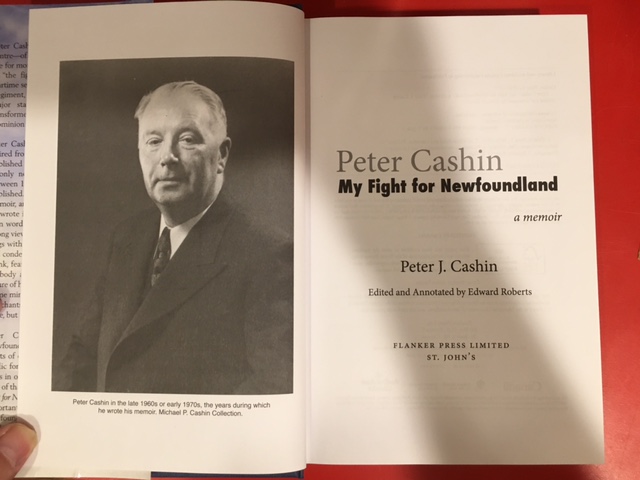 Peter Cashin : My Fight for Newfoundland : A Memoir. Second Printing in dustjacket

"Peter Cashin was at the centre—the stormy centre—of Newfoundland’s political and public life for more than thirty years. Known to many as “the fighting Major,” in a tribute to his wartime service with the Royal Newfoundland Regiment, he played a decisive role at every major stage in the political drama that transformed Newfoundland from a British Dominion to a Canadian Province. Peter Cashin wrote a memoir soon after he retired from public life in 1953. Part of it was published shortly before he died in 1977, but it is only now that his account of the years between 1919 and the end of his life has been published.

Cashin wrote every word of the memoir, and it is presented in this book just as he wrote it. This is Peter Cashin’s story in his own words, and in his own voice. A man with strong views, he minced no words. The memoir rings with praise for those whom he admired and condemnation for those whom he did not. Frank, fearless, and forceful, he fought against anybody and everybody who threatened the future of his country and his people. Governors, prime ministers, politicians, judges, priests, and merchants—it mattered not to him who they were, but what they stood for.

Peter Cashin cared passionately about Newfoundland and her people. He is one of the giants of our past, a man who dominated the public forum during some of the most crucial years in our history. He is t he last of the great men of that era to tell his story. Peter Cashin: My Fight for Newfoundland is an account of the most important years of his life by a man who put Newfoundland and her people at the centre of that life. Anybody who is interested in who we are and how we got to be what we are will be enthralled by it." (from the dj).

Title: Peter Cashin : My Fight for Newfoundland : A Memoir. Second Printing in dustjacket

Peter Cashin : My Fight for Newfoundland : A Memoir. Second Printing in dustjacket