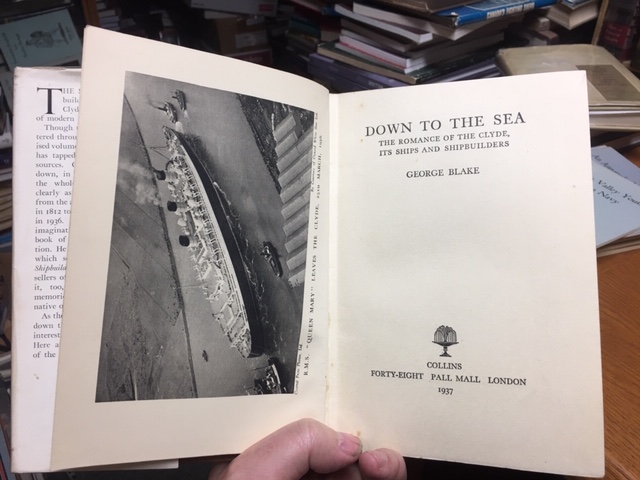 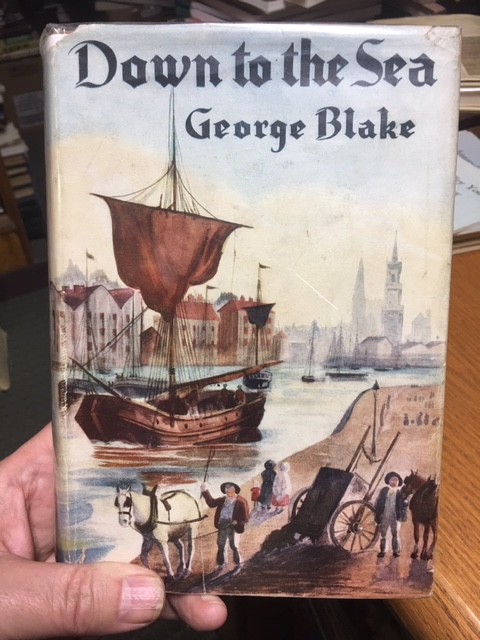 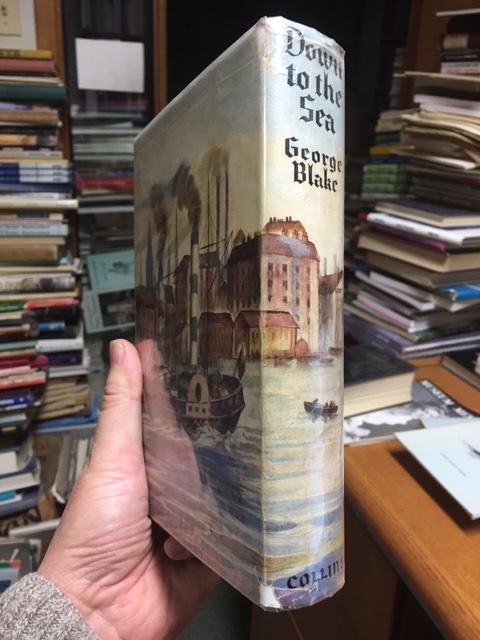 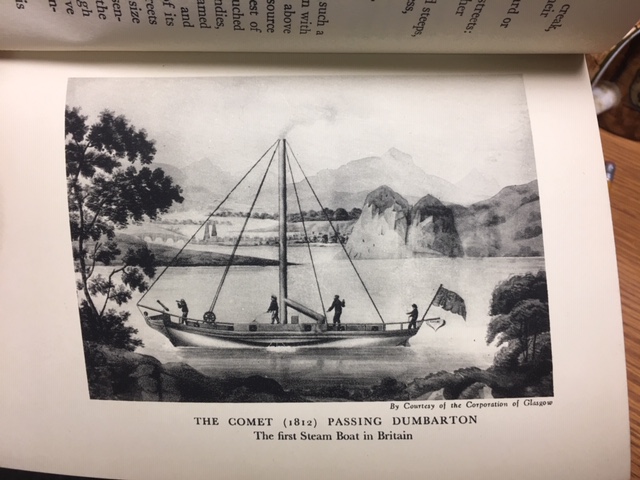 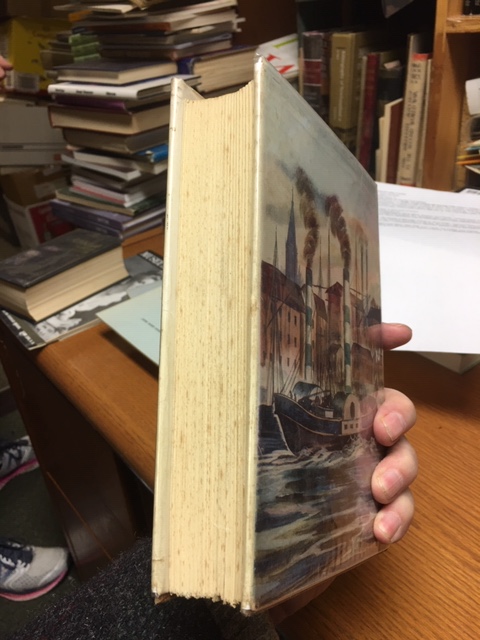 Down to the Sea : The Romance of the Clyde, Its Ships and Shipbuilders. First Edition in dustjacket.

BLAKE, George. Down to the Sea: The Romance of the Clyde, Its Ships and Shipbuilders. London : Collins, 1937. First Printing. Pp (6),7-334,(2) + b&w photo frontispiece of the Queen Mary leaving the Clyde + 9 leaves of plates. Illustrated throughout with b&w reproductions of paintings of ships, mostly. A few photographs. Thick 8vo (145 x 212 mm), maroon cloth, with gilt lettering to spine.

George Blake (b. October 28, 1893, Greenock, Inverclyde, Scotland – d. August 29, 1961, Glasgow, Scotland) was a Scottish journalist, literary editor and novelist. His The Shipbuilders (1935) is considered a significant and influential effort to write about the Scottish industrial working class."At a time when the idea of myth was current in the Scottish literary world and other writers were forging theirs out of the facts and spirit of rural life, Blake took the iron and grease and the pride of the skilled worker to create one for industrial Scotland." As a literary critic, he wrote a noted work against the Kailyard school of Scottish fiction; and is taken to have formulated a broad-based thesis as cultural critic of the "kailyard" representing the "same ongoing movement in Scottish culture" that leads to "a cheapening, evasive, stereotyped view of Scottish life." He was well known as a BBC radio broadcaster by the 1930s.

Blake moved to London where he stayed from 1924 to 1932. There he was an editor of John O'London's Weekly , replacing Sidney Dark as subeditor and writing a number of columns, to 1928; and then edited the Strand Magazine .

A survey of shipbuilding on the Clyde, "from the appearance of the Comet in 1812 to that of the Queen Mary in 1936".

[...] "Here are brilliant pen-portraits of the men who made shipping history; giants of commerce and citizens of the world, who set their names on far coasts and brought back to the Clyde the harvest of their journeyings. Here is Henry Bell of the Comet ; the Napier Brothers; the Stephens of Linthouse, builders of the Shenandoah. Mr. Blake surveys as he goes the social aspects of the industry, telling of its spread along the river. he paints vividly the desperate romance of the last days of sail. So he comes, finally, to the Queen Mary (that apotheosis of the native art) with whose maiden voyage he was, as broadcaster, so intimately associated." — from the dustjacket.

Light mottling to boards, sparse spotting to top- and fore-edges with light foxing to initial and final leaves, name and name stamp, else very good in lightly nicked, unclipped dustjacket. Uncommon with the dustjacket present. 60.00

Title: Down to the Sea : The Romance of the Clyde, Its Ships and Shipbuilders. First Edition in dustjacket.

Down to the Sea : The Romance of the Clyde, Its Ships and Shipbuilders. First Edition in dustjacket.