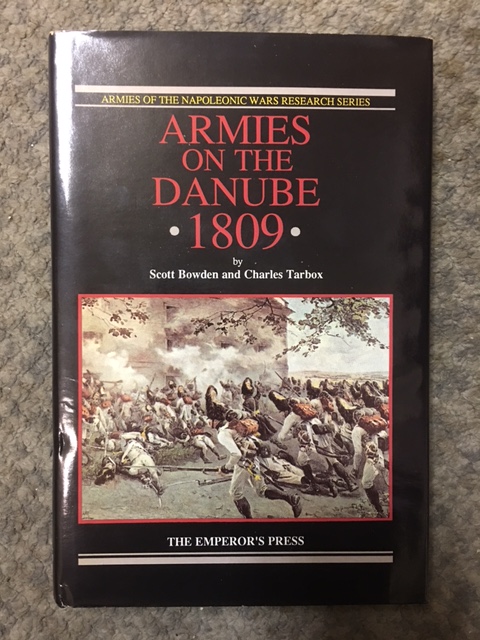 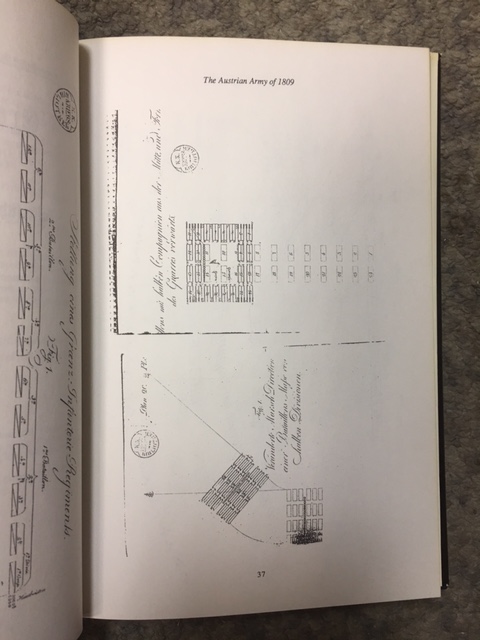 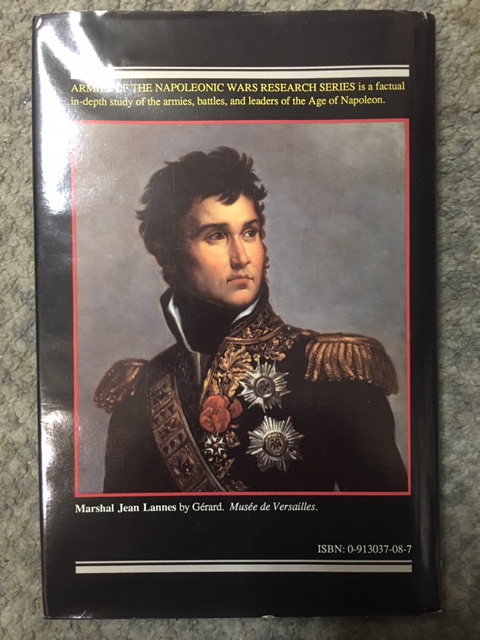 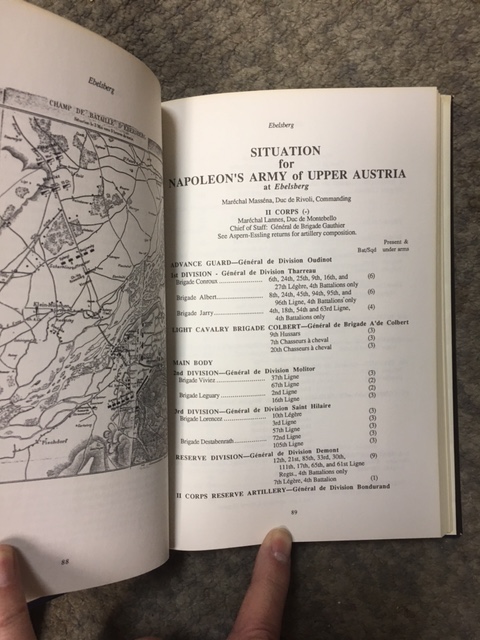 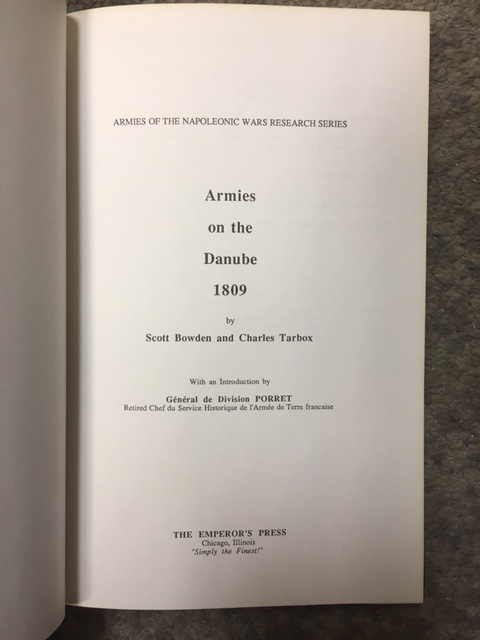 Armies of the Danube, 1809. Revised and Expanded Edition, in dustjacket.

BOWDEN, Scott and Charles TARBOX. Armies of the Danube, 1809. With an introduction by General de Division Porret. Chicago, Illinois : The Emperor's Press, (1989). Revised and expanded edition. Pp. (1),ii-viii,(1),10-236,(4). Illustrated with maps and reproductions. 8vo, blue leatherette with gilt lettering to front board and spine.

A volume in the Armies of the Napoleonic Wars Research Series.

"'Armies on the Danube 1809' is a history and organizational guide to one of the most bitterly contested and evenly matched campaigns of the Napoleonic era. In 1809, for the fifth time since the advent of the French Revolution, Austria declared yet another war on France. Determined to defeat the 'corrupting forces of revolution and anarchy who, by their very existence, threaten our way of life,' Emperor Francis II of Austriasent into the field a new army with the country's best general at its head . Learning from the humiliating, disastrous defeats of the Ulm - Austerlitz campaigns of 1805, Archduke Charles of Austria reorganized and retrained thecountry's armed forces in preparation for the inevitable renewed struggle against France. In 1809 his time came. With far-flung Napoleonic armies across Europe and Iberia, the Habsburgs mobilized and struck. Advantages of preparation and surprise yielded some initial successes but soon the Austro-Hungarian forces were driven back deep into their country by an adversary who was no ordinary general." -from the dustjacket.

Title: Armies of the Danube, 1809. Revised and Expanded Edition, in dustjacket.

Armies of the Danube, 1809. Revised and Expanded Edition, in dustjacket.