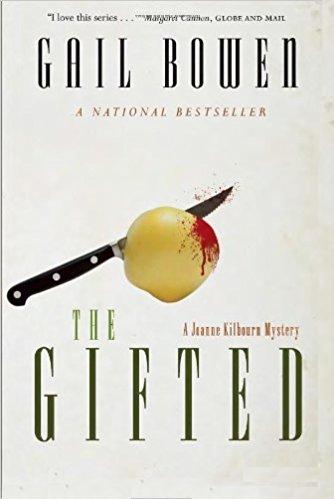 "Joanne Kilbourn and her husband, lawyer Zack Shreve, are proud parents of a budding art star. Everyone agrees that Taylor -- who hasn't yet turned fifteen -- is a gifted painter.

But the Shreves' pride is laced with concern: two of Taylor's works are hot items in a fundraising auction for the Racette-Hunter Centre, a multi-usefacility being build to serve North Central Regina's diverse community. Joanne and Zack have seen one of the paintings, but Taylor has carefully guarded the other, a portrait of a young male artist's model. When BlueBoy 21 is finally revealed, it sparks a new kind of relationship bewteen Taylor and her model, Julian Zentner, and becomes the centre of a series of troubling incidents, including theft, blackmail, and a shocking act of violence that threatens to ruin the lives of people close to the Kilbourn-Shreve family.

As Joanne and Zack work to keep everyone safe while searching out the truth behind more than one crime, Joanne grows increasingly uneasy about Julian's influence on Taylor. The more Joanne learns about him, the more certain she is that nobody knows the real Julian, and that there is something sinister in his plans for Taylor that may have irreparable consequences for an adolescent girl. When Taylor, always open-hearted and close to her parents, begins to shut them out, Joanne and Zack's darkest fears seem about to be realized." - from the dustjacket.