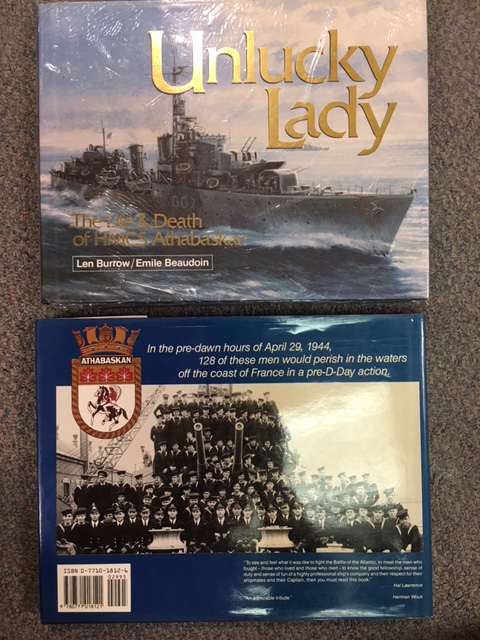 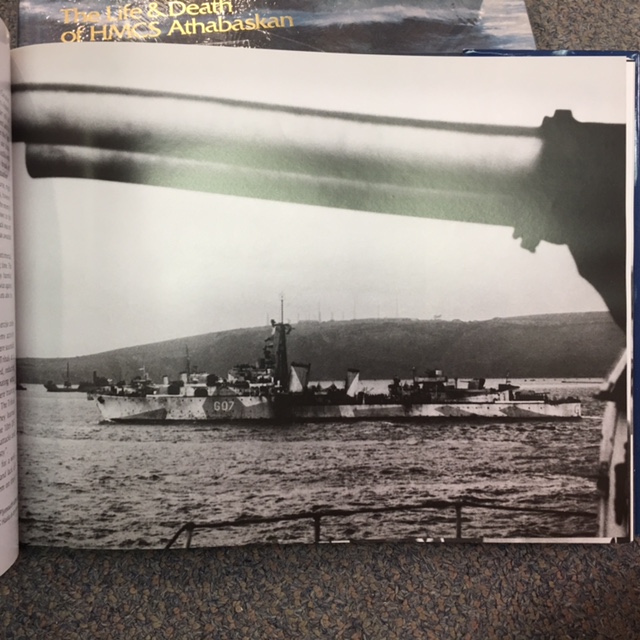 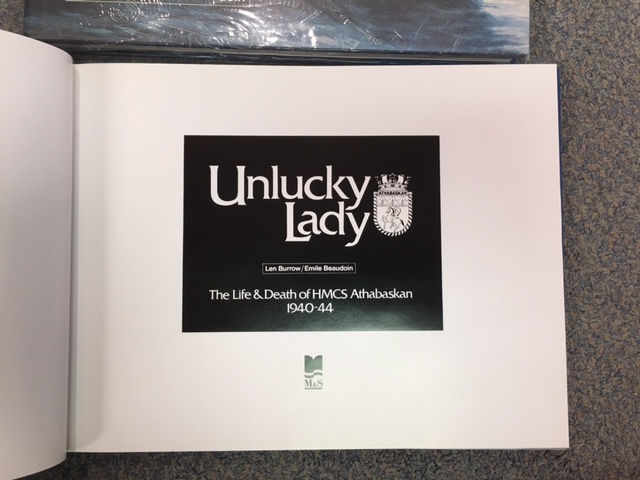 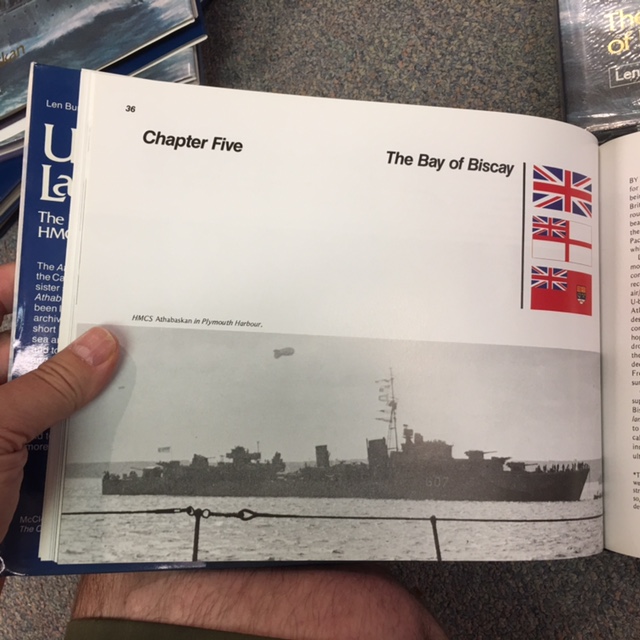 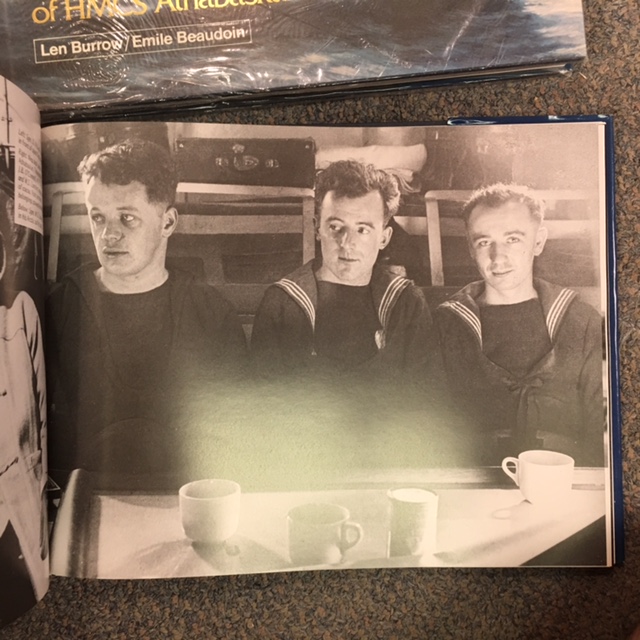 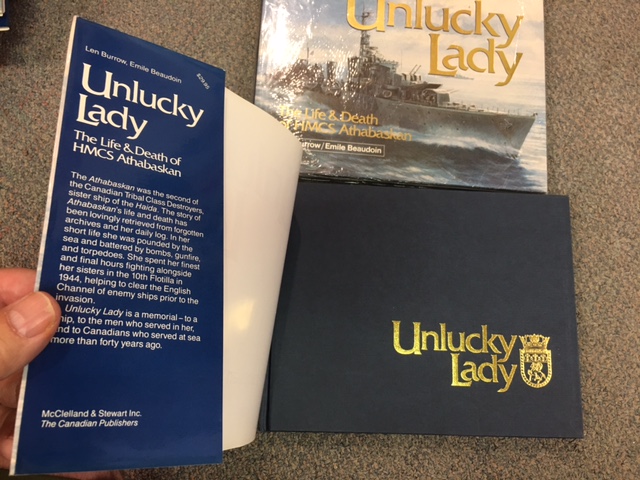 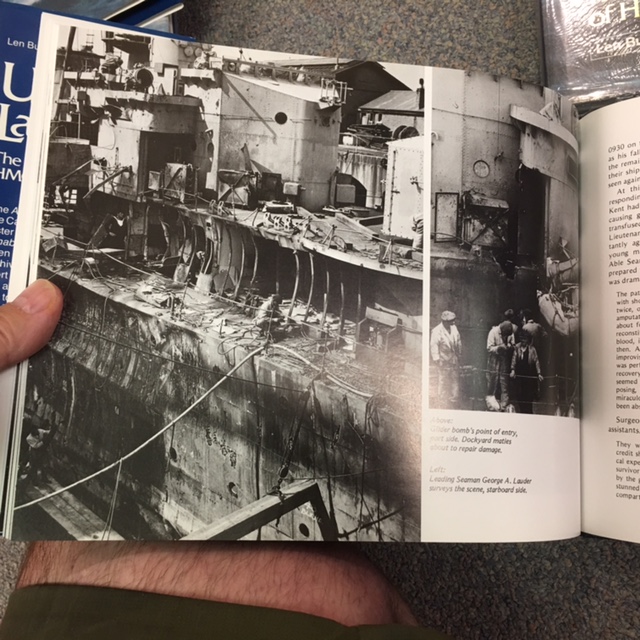 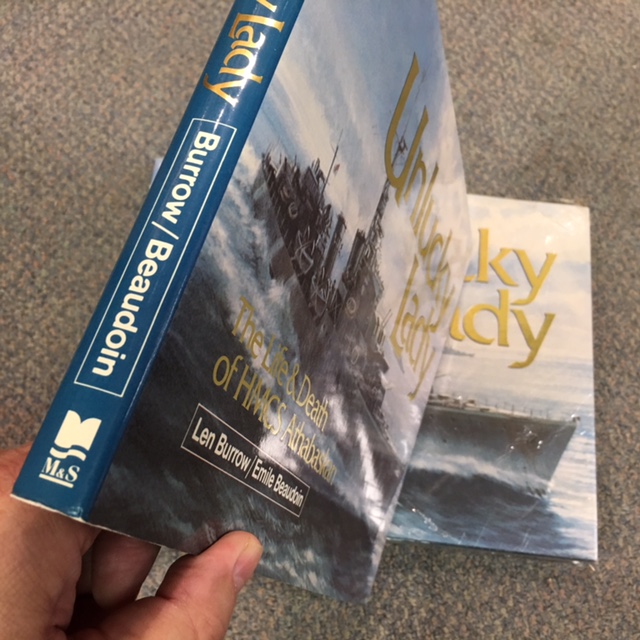 By: BURROW, Len and Emile BEAUDOIN.

This title was first published by Canada's Wings, Inc. in 1982.

Besides the cloth colour, another difference from the previous 1987 printing is that the dustjacket spine has the "M&S with open book above" logo at foot of spine.

"The Athabaskan was the second of the Canadian tribal Class Destroyers, sister ship of the Haida. The story of the Athabaskan's life and death has been lovingly retrieved from forgotten archives and her daily log. In her short life she was pounded by the sea and battered by bombs, gunfire, and torpedoes. She spent her finest and final hours fighting alongside her sisters in the 10th Flotilla in 1944, helping to clear the English Channel of enemy ships prior to the invasion.

Unlucky Lady is a memorial - to a ship, to the men who served in her, and to Canadians who served at sea more than forty years ago." - from the dj.

"This book was written about a ship and the men who served in her. It does not pretend to be a naval historical document nor a novel. It is really a memorial, which at the same time tells a story about Canadians who served at sea some forty years ago.

Athabaskan's story has been recorded here by two men, one of whom served in her as a Leading Telegraphist and the other an ex-member of the RCAF whose brother was lost in the ship. Their sources of information are many and varied -- diaries of men who were lost, official Allied and enemy records, and personal interviews with surviving members of Athabaskan's company." - from the introductory note.

Chapters :
1. Birth of a Tribal Class Destroyer;
2. A Fine Company of Men;
3. First Voyage to the Arctic;
4. Flexing Her Muscles; 5. The Bay of Biscay;
6. Second Voyage to the Arctic;
7. In the Footsteps of Drake;
8. The Hunters;
9. Journey's End;
10. Brave Partner.
Gallery of Honour;
Epilogue;
Mystery of the E-Boats;
Their Story Must Be Told;
Brotherhood