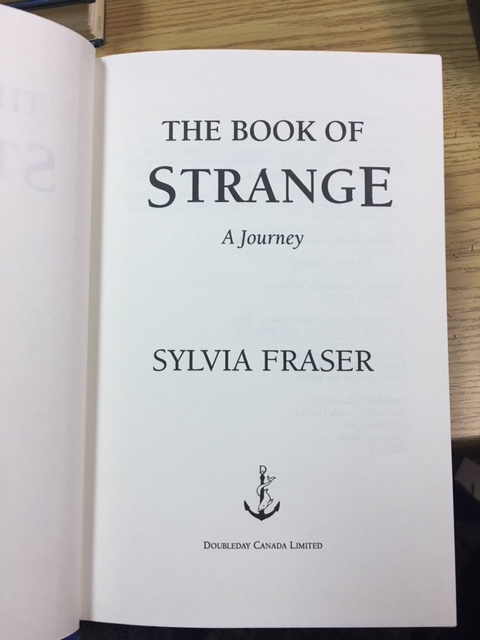 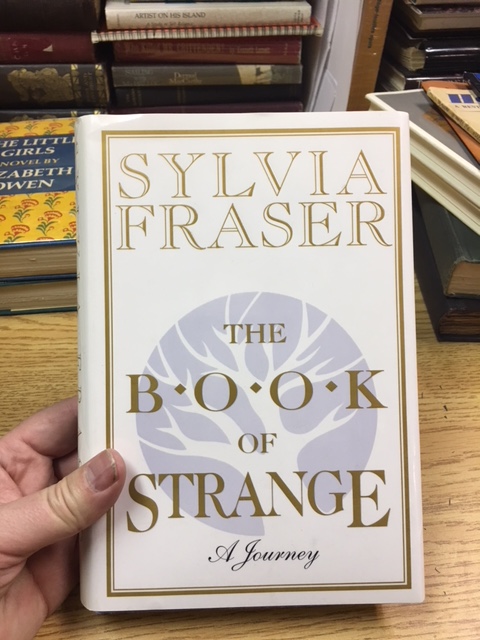 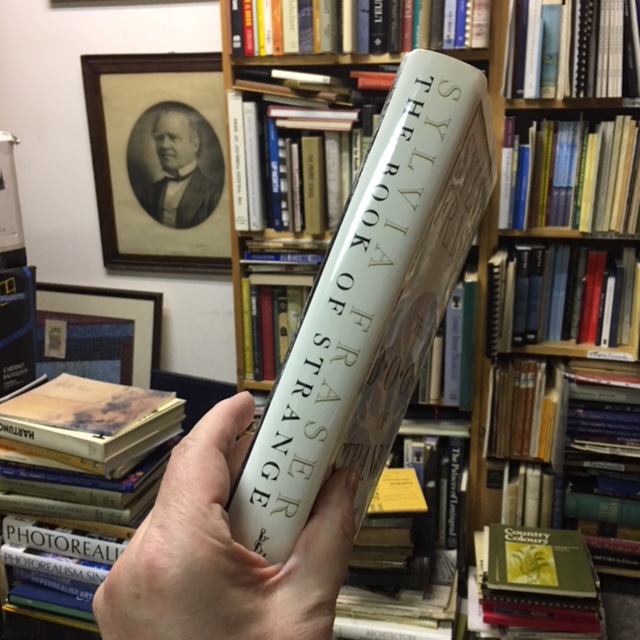 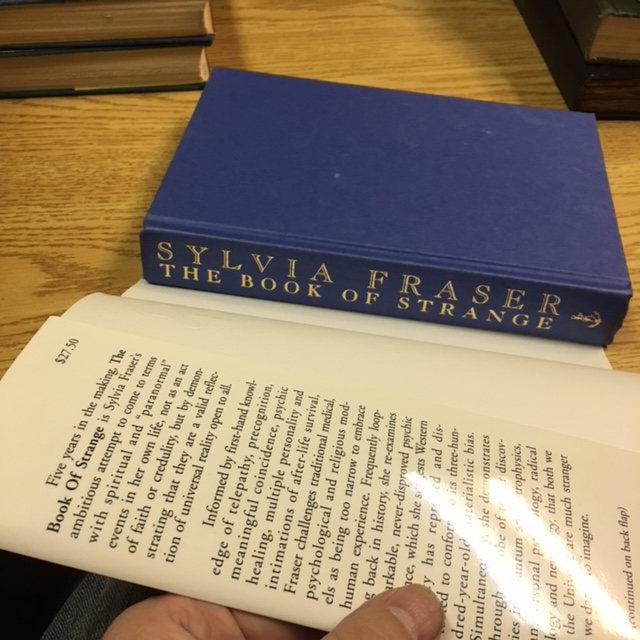 The Book of Strange : A Journey. First Edition in dustjacket

"Five years in the making, The Book Of Strange is Sylvia Fraser's ambitious attempt to come to terms with spiritual and "paranormal" events in her own life, not as an act of faith or credulity, but by demonstrating that they are a valid reflection of universal reality open to all.

Informed by first-hand knowledge of telepathy, precognition, meaningful coincidence, psychic healing, multiple personality and intimations of after-life survival, Fraser challenges traditional medical, psychological and religious models as being too narrow to embrace human experience. Frequently looping back in history, she re-examines remarkable, never-disproved psychic evidence, which she suggests Western society has repressed and distorted to conform to its three-hundred-year-old materialistic bias. Simultaneously she demonstrates through a probe of recent discoveries in quantum and astrophysics, transpersonal psychology, radical biology and neurology, that both we and the Universe are much stranger than we dared to imagine.

A lifelong student of philosophy, Fraser draws astonishing parallels between the new scientific model, now on the drawing board, and the mystical one intuited centuries ago by Western thinkers, such as Pythagoras, Plato, William James, Gottfried Leibniz and Carl Jung, as veil as by the great Buddhist and Hindu seers. The result, for the reader, is a stimulating voyage of discovery that suggests more invigorating, more wondrous ways to explore, embrace, illuminate and enjoy own lives. (from the dj).

Contents :
Introduction.
I. We Are Stranger Than We Imagine :

Teleplay: The Fax of Nature;
Psychic Power: Healing the Headless Horseman;
Holistic Healing: In Search of the Fourth Monkey;
The Self; Who Is That Crowd in the Mirror?

II. The Universe Is Strange Than We Imagine :
Coincidence: The Sound of Cosmic Laughter;
The Future Foretold: Warps and All;
Friendly Ghosts and Soulful Journeys: In Good Spirits;
Possession. The Devil to Pay;
Reincarnation: Shades of the Past;
Summation: The New Mysticism.

Title: The Book of Strange : A Journey. First Edition in dustjacket

The Book of Strange : A Journey. First Edition in dustjacket