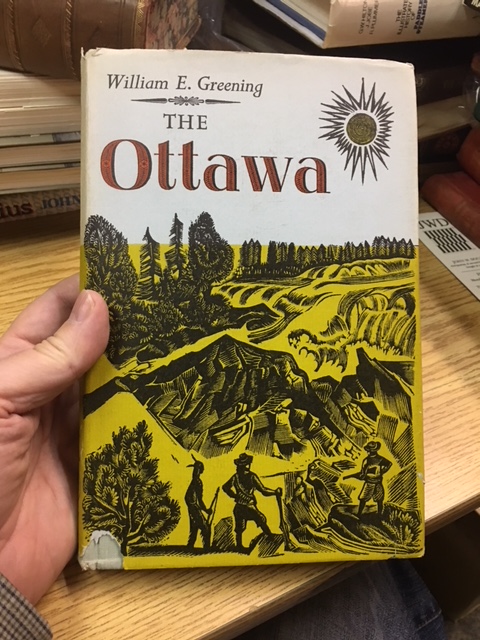 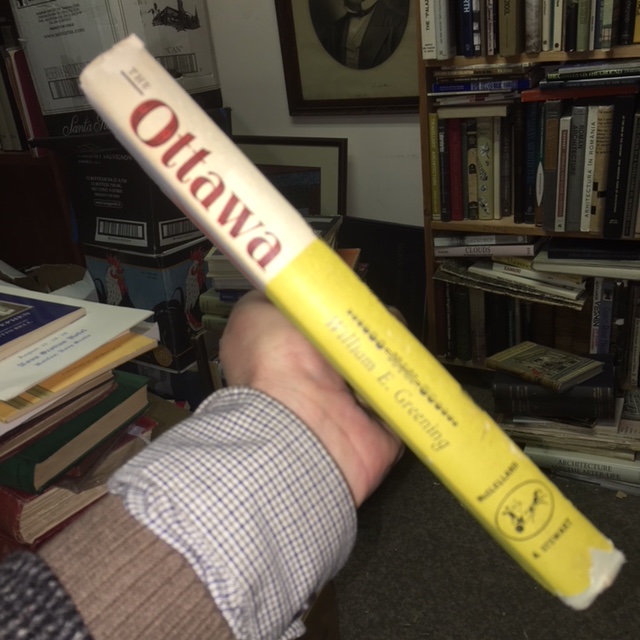 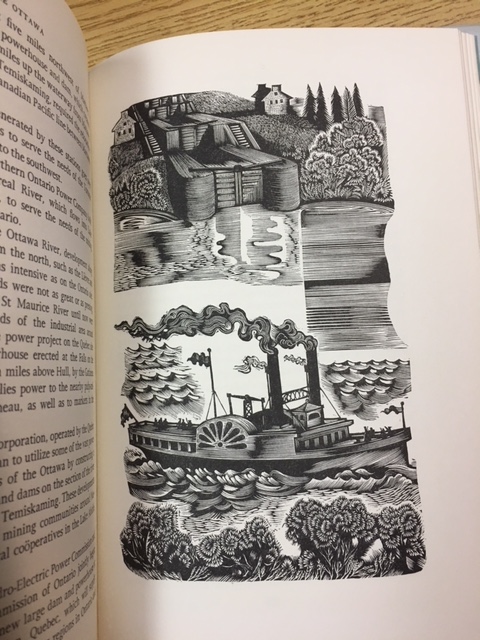 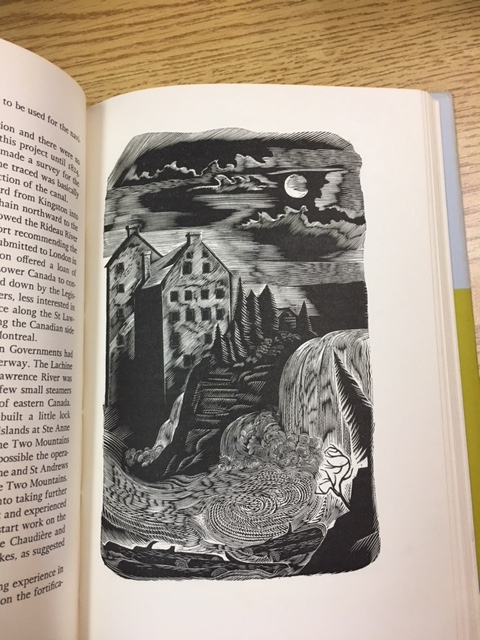 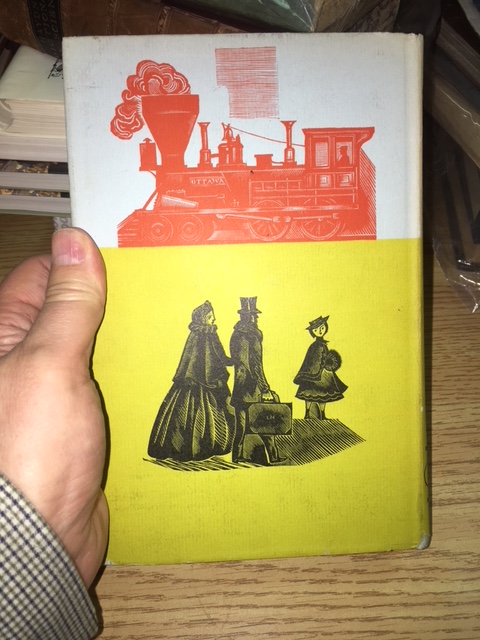 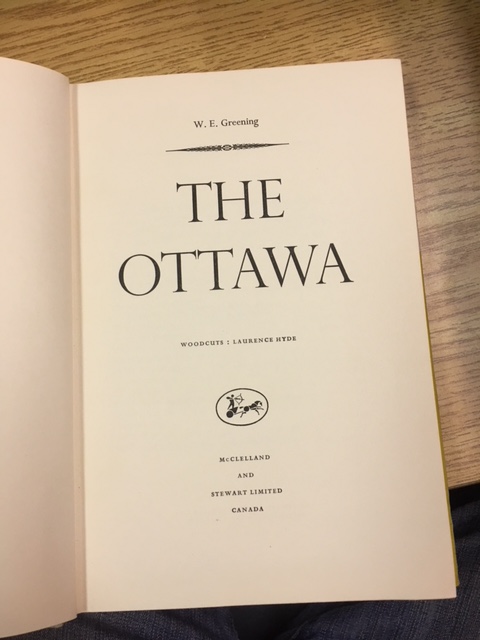 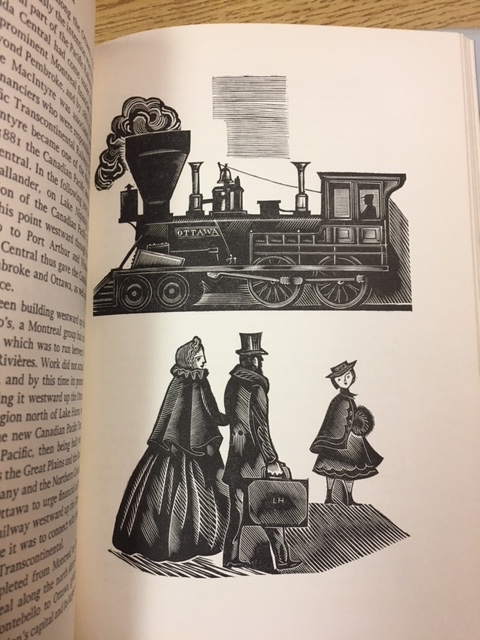 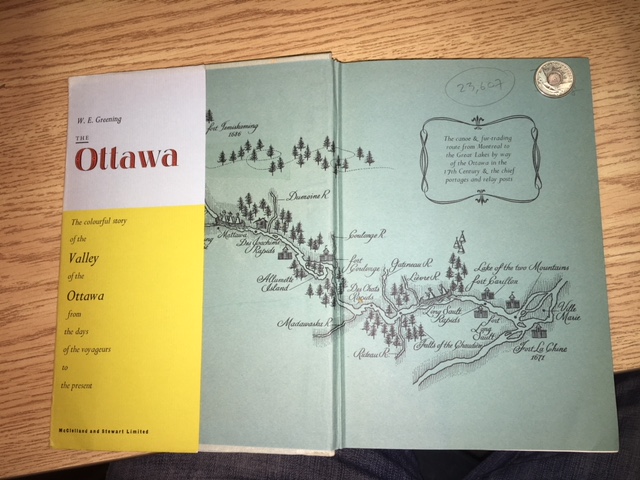 The Ottawa, First Edition in dustjacket

William Edward Greening (b.1913 Toronto) was living in Montreal at the time of publication.

Laurence Evelyn Hyde (b June 6, 1914, Kingston Upon Thames, Surrey, England – d. August 8, 1987). vv"The colourful story of the Valley of the Ottawa from the days of the voyageurs to the present. "In this lively chronicle the author traces the history of the Ottawa River Valley from the early Indians in their birchbark canoes, the first explorers and the missionaries who followed them, and from the fur traders in their flotillas and the rise of the lumber and pulp-and-paper industries, right up to the past decade which has seen the establishment of Atomic Energy of Canada Limited at Chalk River.

"Under his pen thriving industrial towns and bustling copper, silver, and gold-mining communities spring to life, while the magnificent scenery of the Valley is delineated with charm and skill." - from the jacket.

1. The First Settlers and the Coming of the Missionaries.
2. The Fur Trade and the Wars with the Iroquois. 3. The Coming of English-speaking Settlers.
4. Settlement Life and the Birth of the Lumber Industry.
5. The Building of the Canals.
6. The Lumber Industry in the Nineteenth Century.
7. The Development of the Saw Mills.
8. Bytown Becomes Ottawa.
9. The Settlement of the Upper Ottawa and Lake Temiskaming Region.
10. The Rise of the Pulp-and-Paper Industry and Conservation Policies.
11. Further Development of the Settlements.
12. The Cobalt and Silver Rush: The Birth of Noranda.
13. The Twentieth Century Valley.
With bibliography and index.

Minor spotting to cloth, else very good in chipped dustjacket. 32.00

The Ottawa, First Edition in dustjacket