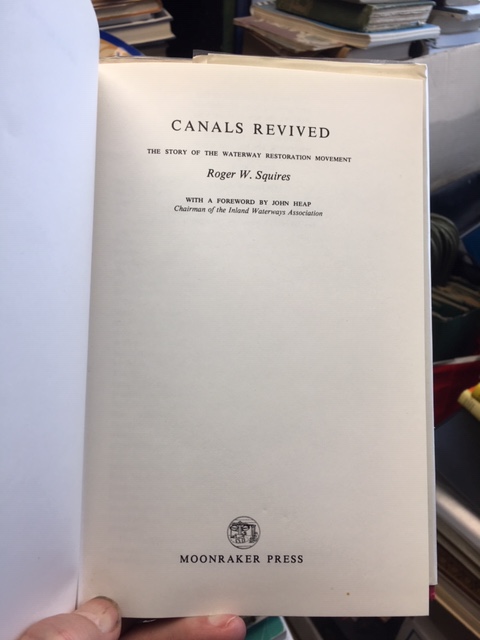 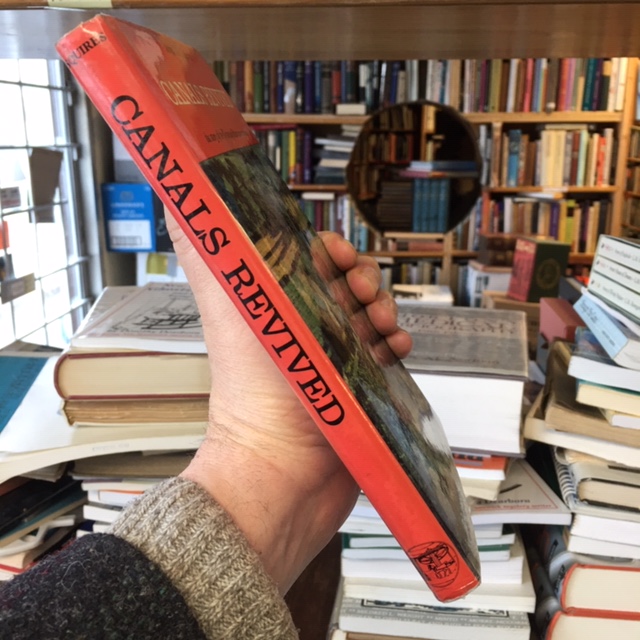 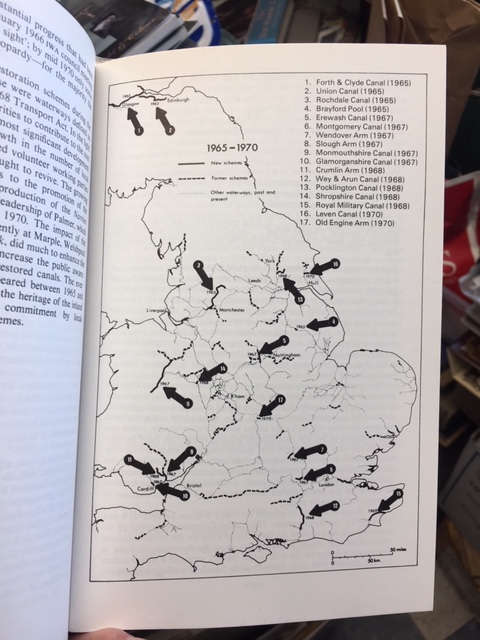 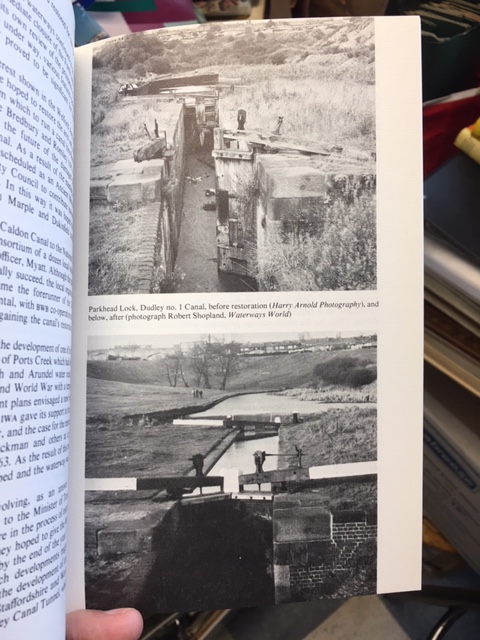 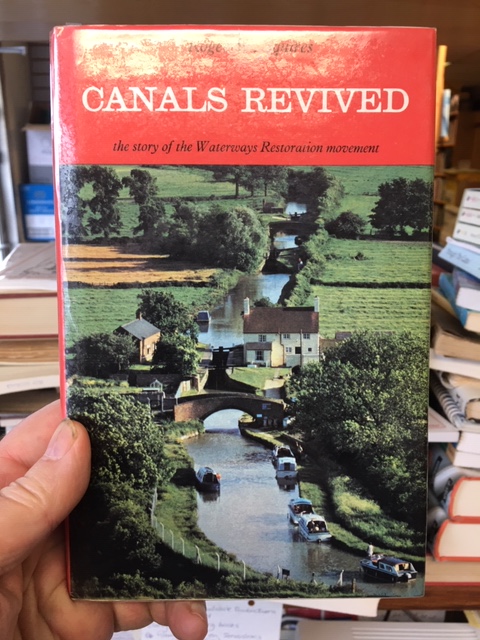 Canals Revived : The Story of the Waterway Restoration Movement.. First Edition in dustjacket.

Dr. Roger W. Squires was living in Beckenham, Kent, London at the time of publication.

An illustrated chronicle of the efforts to restore Britain's inland waterways, from 1946 to the time of publication.

"The revival of interest in the Inland Waterways is one of the most fascinating social adventures of our time. The re-kindling of public commitment to retain and restore the derelict waterways that once provided one of the principal means of achieving the Industrial Revolution, is a story of both success and setback. Canals Revived recounts the way in which, since 1946, small groups throughout Britain have set out in a practical way to restore their local waterways. In telling the story of their achievements and failures it rpovides a detailed and informative review of one facet of the "Leisure Revolution."

The book is illustrated with photographs and seven maps, and concludes with a list of Waterway Museums and a useful Gazetteer giving the location of canal boat-trips; the Chairman of the Inland Waterways Association has contributed a Foreword."
Foreword by John Heap.
1. Introduction The growth and decline of the Inland Waterways. Early revival attempts.

8. Success or Failure?
End-notes and Bibliography.

Canals Revived : The Story of the Waterway Restoration Movement.. First Edition in dustjacket.