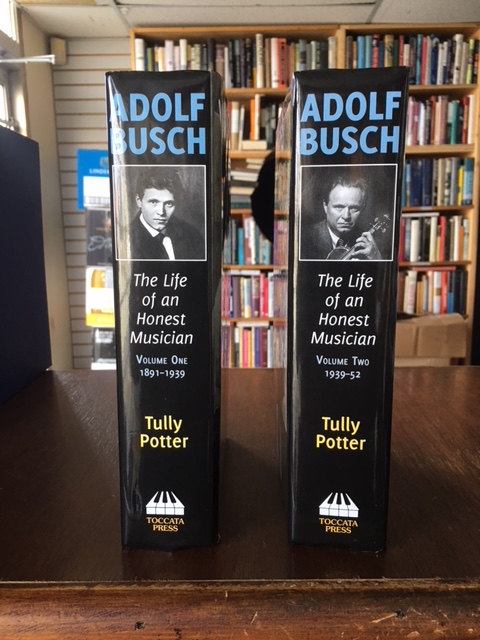 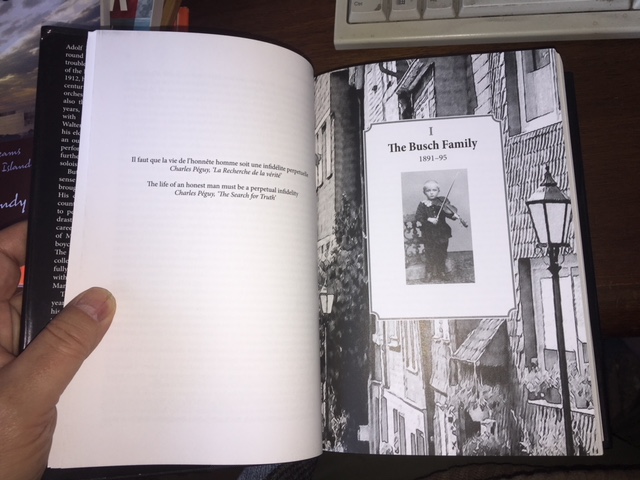 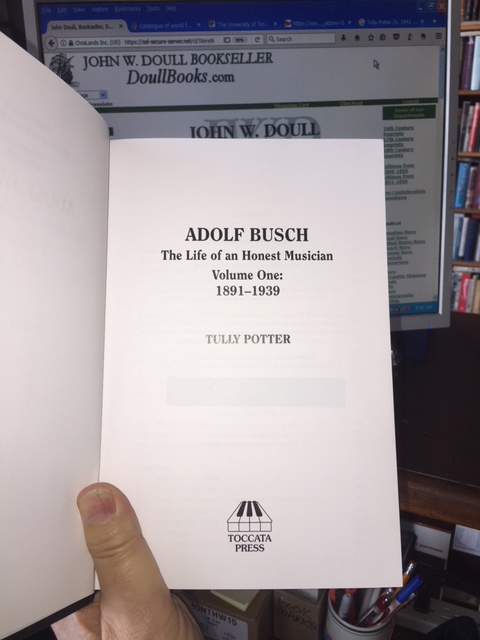 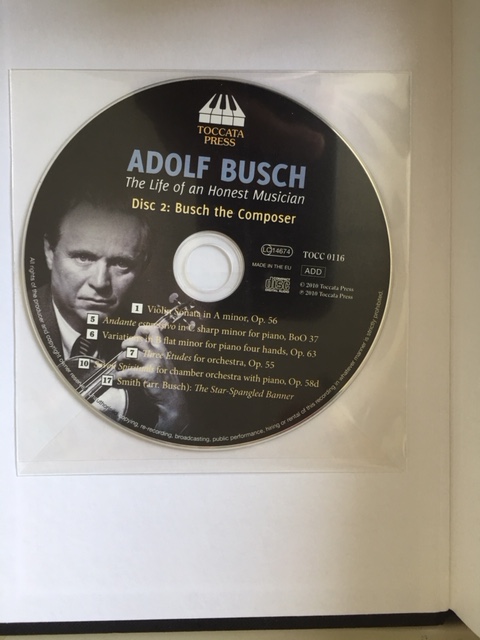 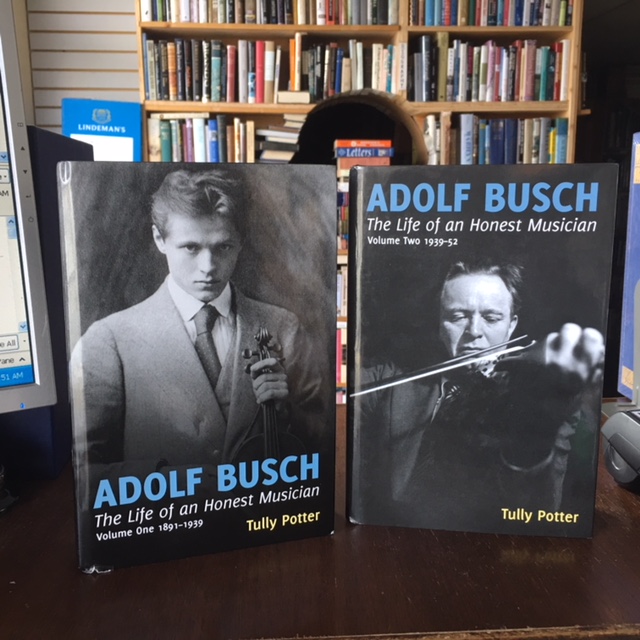 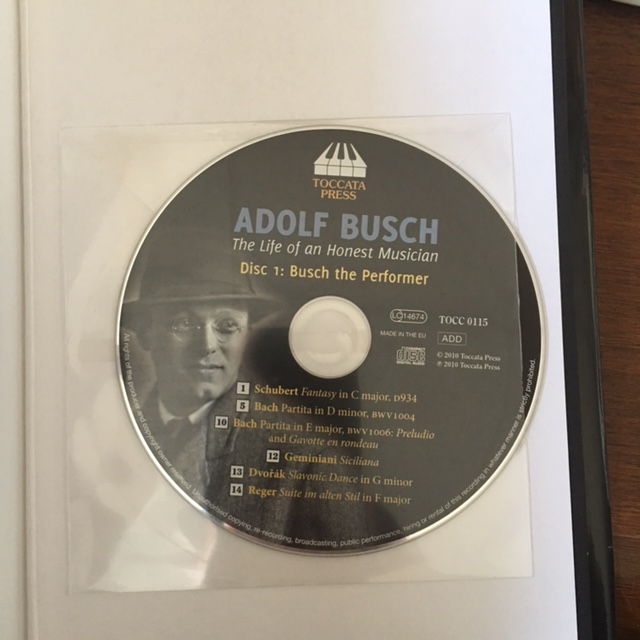 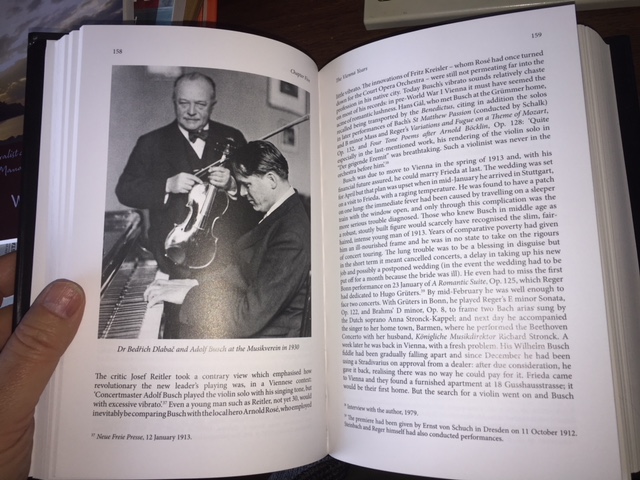 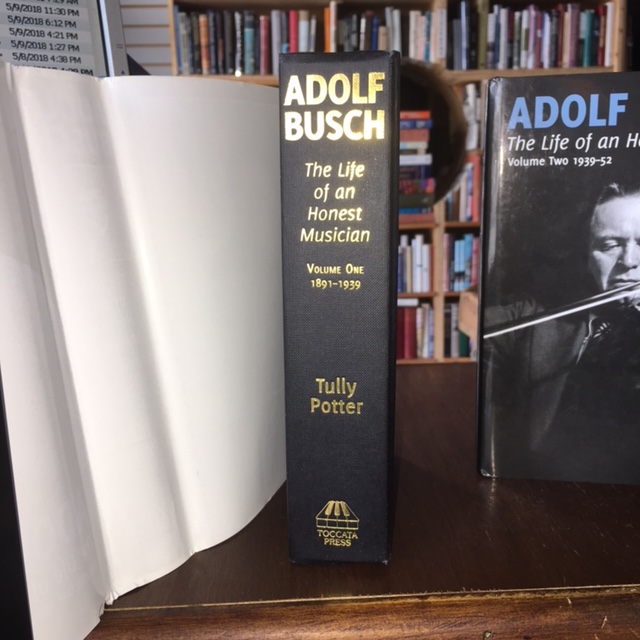 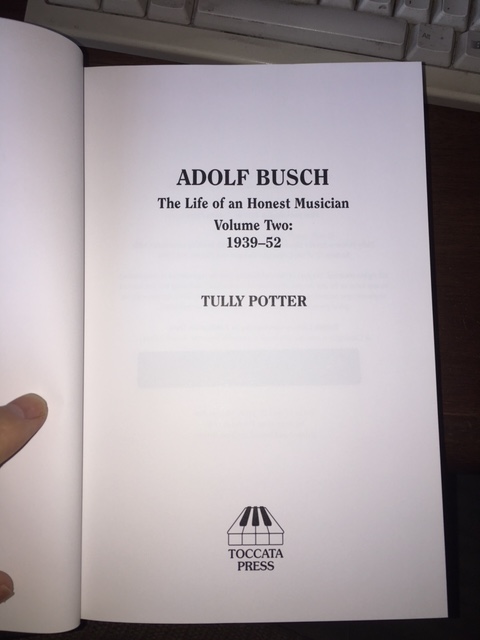 "Adolf Busch (1891-1952) was not only an all-round musician; he was also a moral beacon in troubled times. Now remembered as the first violin of the Busch String Quartet, which he founded in 1912, he was the greatest quartet-player of the last century and also the busiest solo violinist of the inter-War years, regularly performing the great concertos with such conductors as Toscanini, Walter, Furtwängler, Boult, Barbirolli and many others. He was, moreover, an outstanding composer whose works enjoyed performances both at home in Germany and further afield.

But at the peak of his popularity his profound sense of decency and his simple human dignity brought about a dramatic reversal in his fortunes. His courageous decision to boycott his native country from April 1933 - despite Hitler's efforts to persuade 'our German violinist' to return - drastically reduced his income and damaged his career as soloist and composer. In 1938, because of Mussolini's race laws, he imposed a similar boycott on Italy, where he had been one of the most popular of classical performers. The following year he emigrated with his quartet colleagues to the United States, where he was not fully appreciated, although he had many successes with his chamber orchestra and founded the Marlboro summer school.

This biography, based on more than thirty years' research, documents Busch's life, examining his exemplary behaviour in the context of the tumultuous period in which he lived. 'Adolf is a saint', declared Arturo Toscanini. And Sir Ernest Gombrich said of Busch: 'He was exactly as he played - there was not a false tone in him'." (from the dj).

ADDITIONAL SHIPPING CHARGES WILL BE REQUIRED DUE TO ITS WEIGHT.