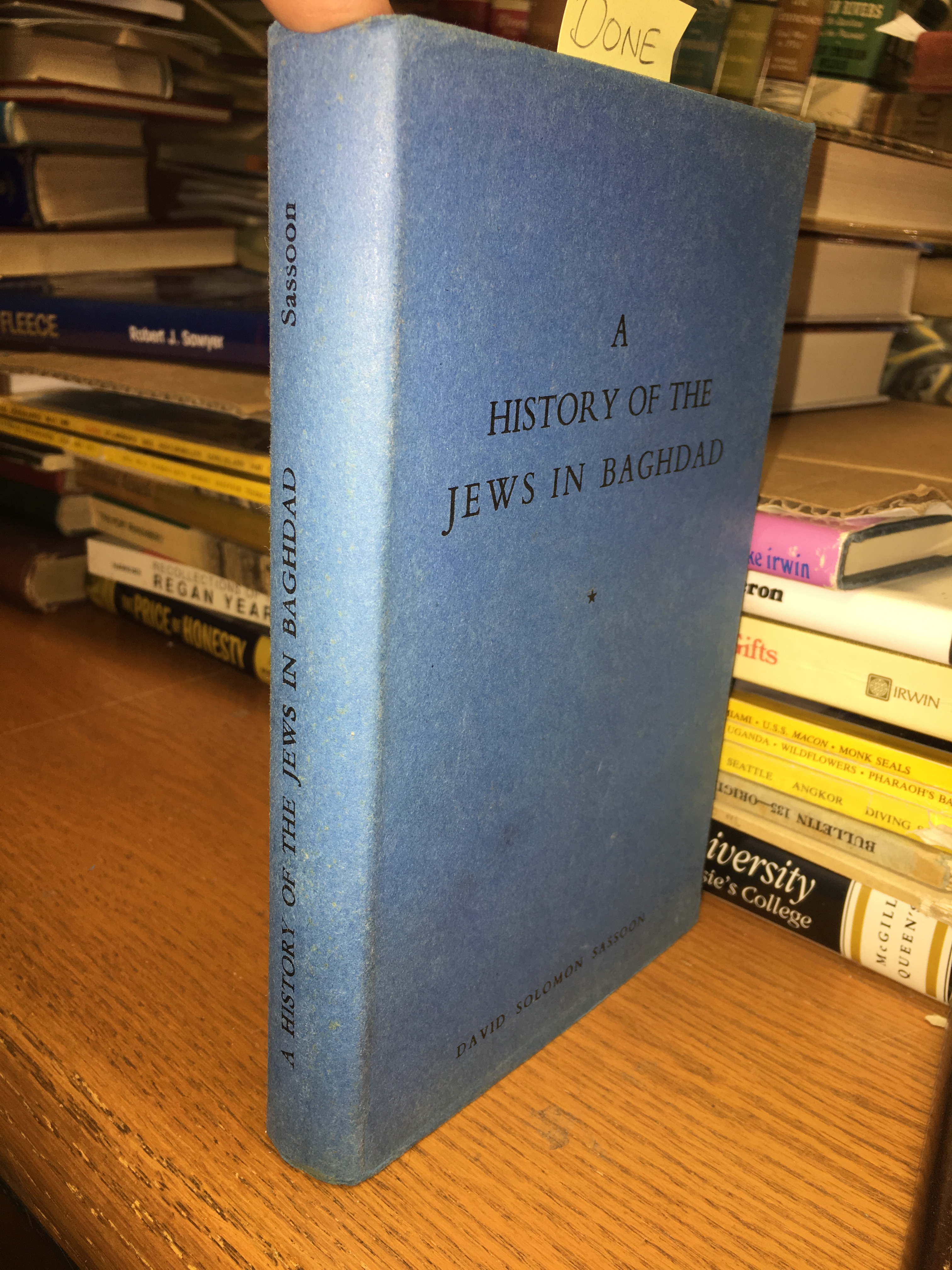 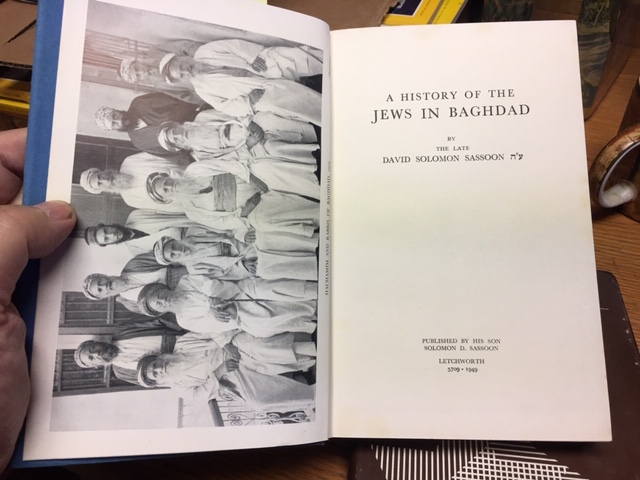 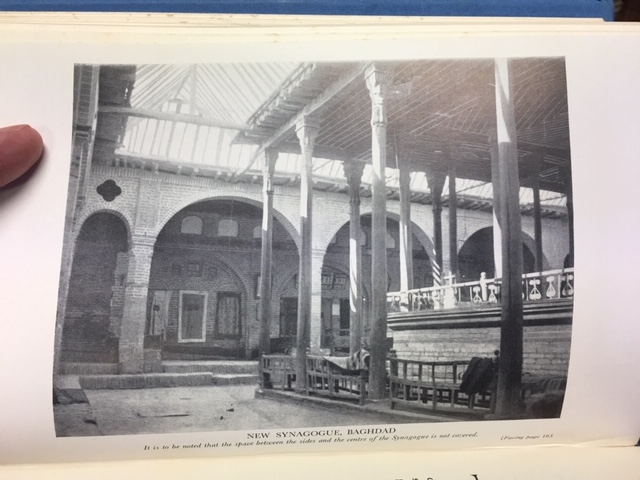 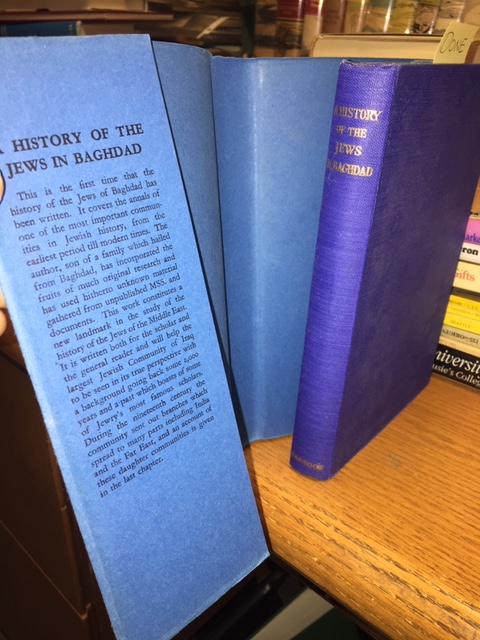 A History of the Jews in Baghdad. First Edition in dustjacket

David Solomon Sassoon ("David Suleiman Sassoon"), (b. 1880 – d. 1942) was a renowned collector of Hebrew manuscripts from Baghdad, a bibliophile, and grandson of 19th Baghdadi Jewish community leader David Sassoon. He originally owned some 412 manuscripts and twenty incunables, the rarest of which he retrieved from Baghdad. By 1932, the manuscript collection had grown to 1,220 manuscripts.

Solomon D. Sassoon (b. August 1915, London, United Kingdom – d. May 1985, Jerusalem, Israel), was an educator and a Rabbi. This son of David Solomon Sassoon preserved and published his father's manuscript, A History of the Jews in Baghdad, 17 years after it was written. He built a library in Letchworth, England, to house his father's collections of Jewish manuscripts and incunabula. Most of the remains of this collection have been transferred to the University of Toronto.

"This is the first time that the history of the Jews of Baghdad has been written. It covers the annals of one of the most important communities in Jewish history, from the earliest period till modern times. The author, son of a family which hailed from Baghdad, has incorporated the fruits of much original research and has used hitherto unknown material gathered from unpublished MSS, and documents. This work constitutes a new landmark in the study of the history of the Jews of the Middle East. It is written both for the scholar and the general reader and will help the largest Jewish Community of Iraq to be seen in its true perspective with a background going back some 2,000 years, and a past which boasts of some of Jewry's most famous scholars. During the nineteenth century the community sent out branches which spread to many parts including India and the Far East, and an account of these daughter communities is given in the last chapter." - from the dustjacket

Note by the Publisher.

4. The Exilarchs in Baghdad;

5. Some Families and Names Prominent in the Tenth Century;

8. The Geonim of Baghdad;

11. Intellectual Life in Baghdad in the Twelfth Century;

12. The Political Conditions in Baghdad During the Period of the Last Geonim;

13. Jews in the Surroundings of Baghdad;

14. The Fourteenth and Fifteenth Centuries;

15. The Administration of the Baghdad Community;

17. Moses B. Benjamin and his Contemporaries;

27. The Office of the Hakham Bashi;

29. The Liturgy of the Baghdad Jews;

33. Settlements of Baghdad Jews in the Far East.

With Additional Notes and Index.

Some light toning to endpapers, else very good in blue dustjacket. 80.00

Title: A History of the Jews in Baghdad. First Edition in dustjacket

A History of the Jews in Baghdad. First Edition in dustjacket