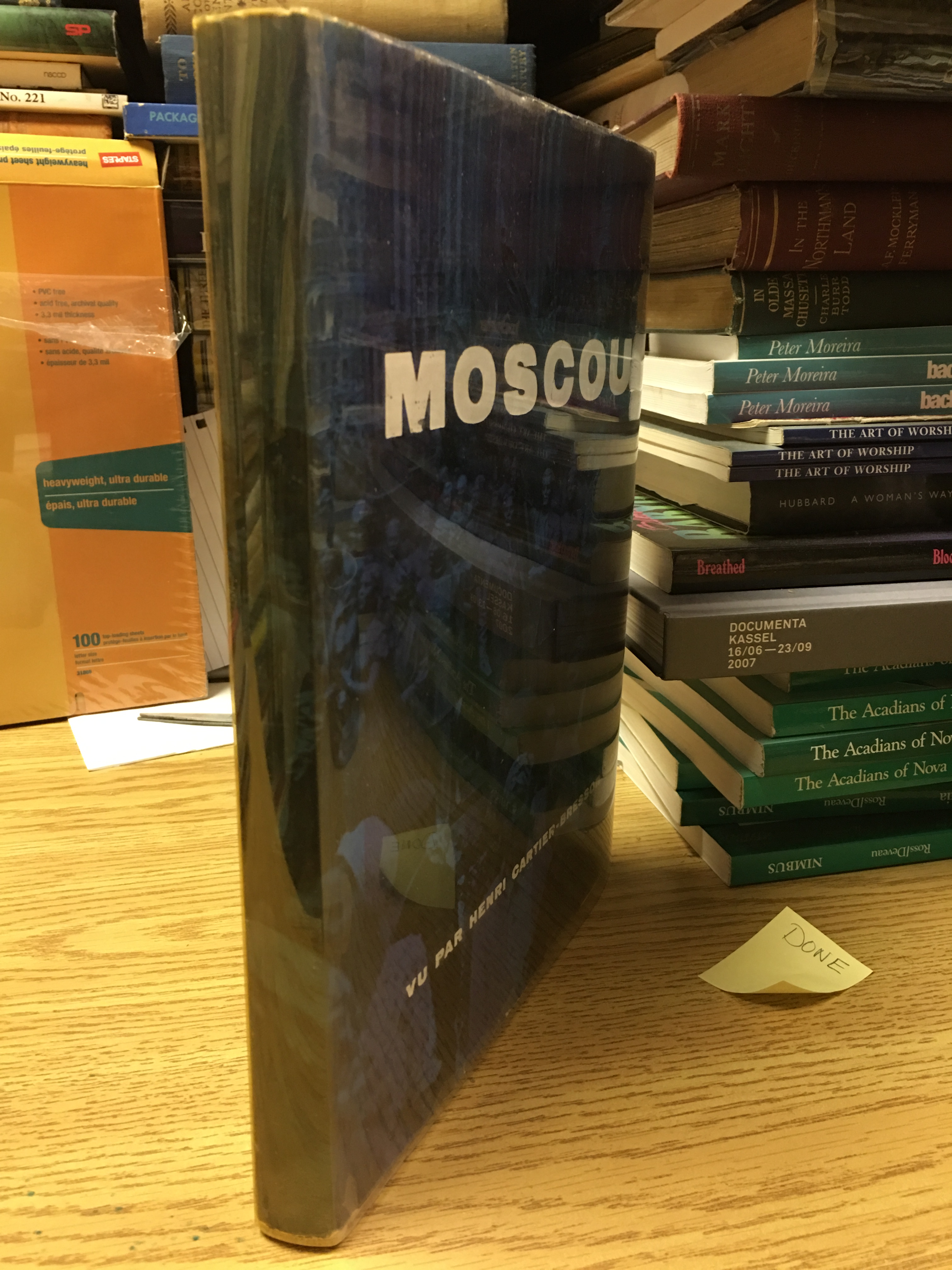 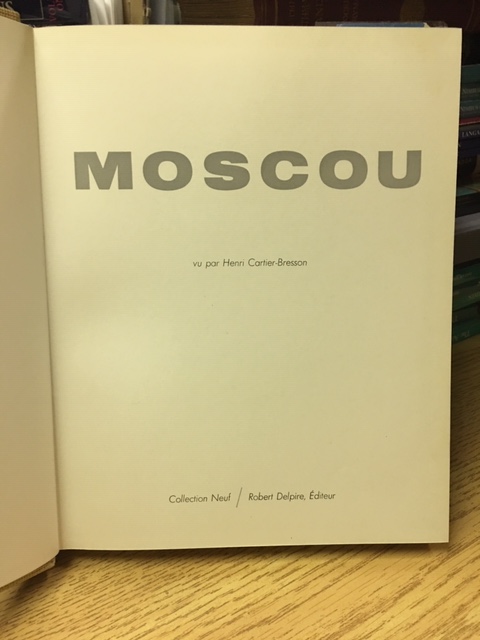 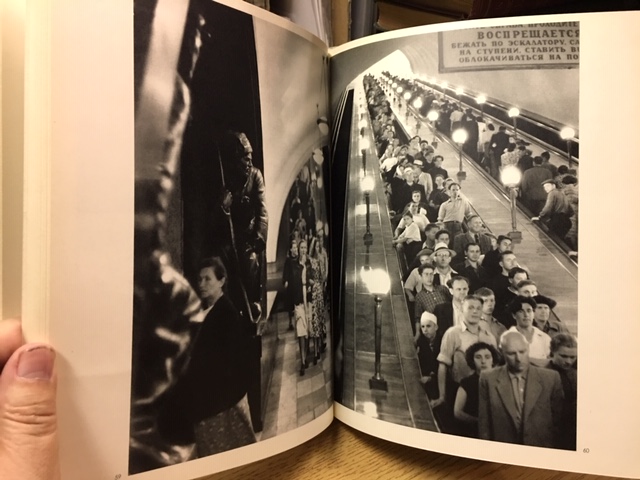 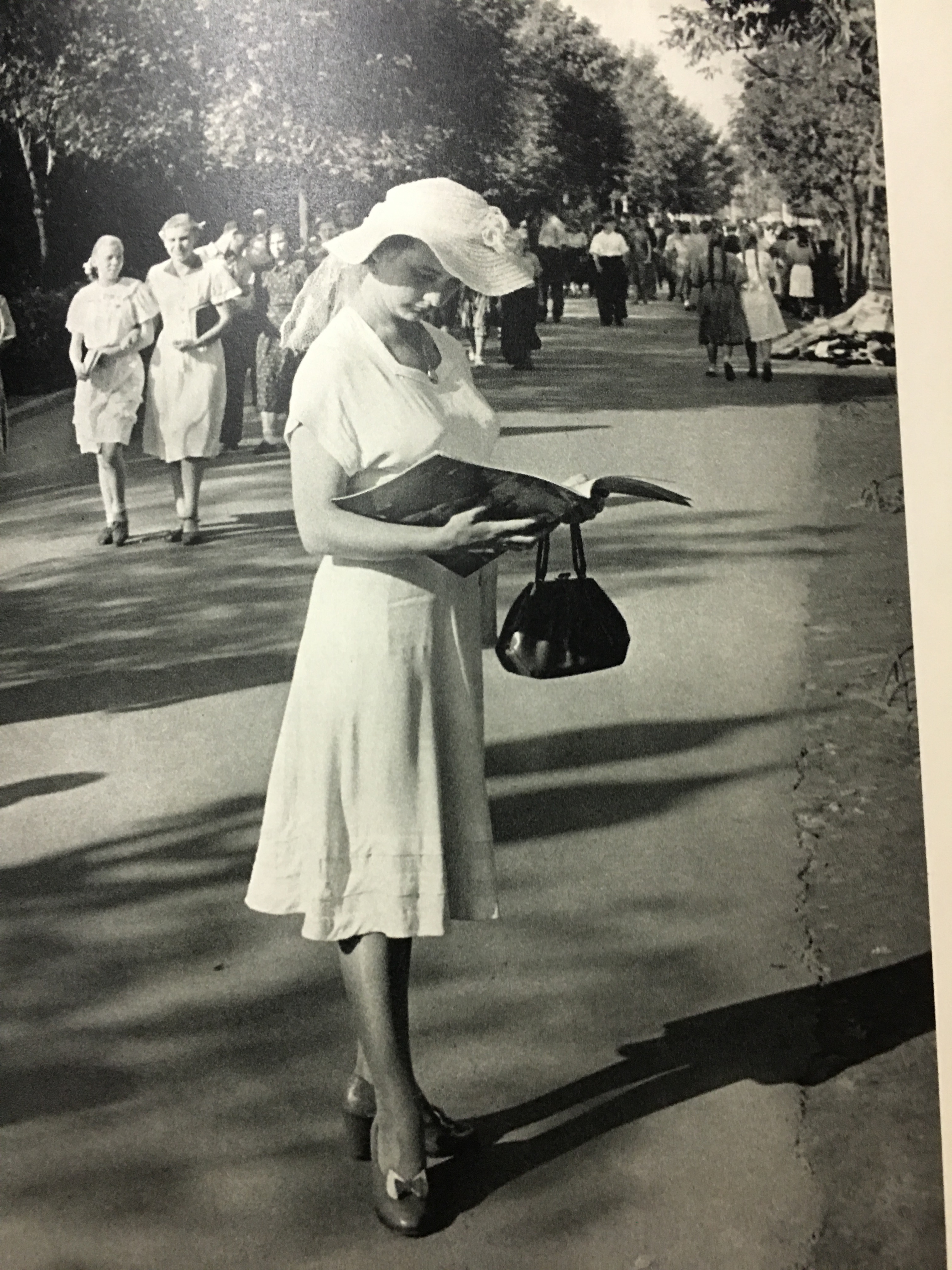 "This volume is, in effect, a first peek behind the Iron Curtain. More than a year before the summit meeting at Geneva, Henri Cartier-Bresson applied to the Russian Consulate in Paris for a visa to photograph and visit the USSR with his wife. As the months went by and no answer came, M. Cartier-Bresson decided to try a more personal approach. He wrote a letter to the Society of Cultural Relations in Moscow stating that he would like to photograph the capital of the USSR and that, by way of credentials, he was sending them a copy of his then recent book, 'The Decisive Moment'. Within a few weeks he obtained his visa and was on his way." - from the English version dustjacket.

Arranged thematically, with sections detailing sport, industry, the street, the underground, the stores, and ever-present, the Moscovites themselves.