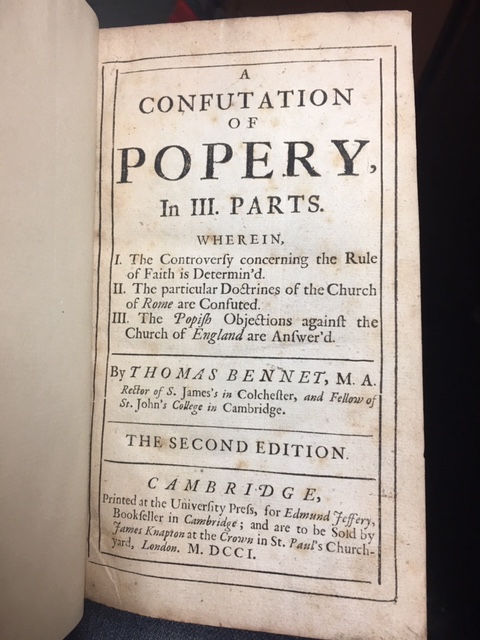 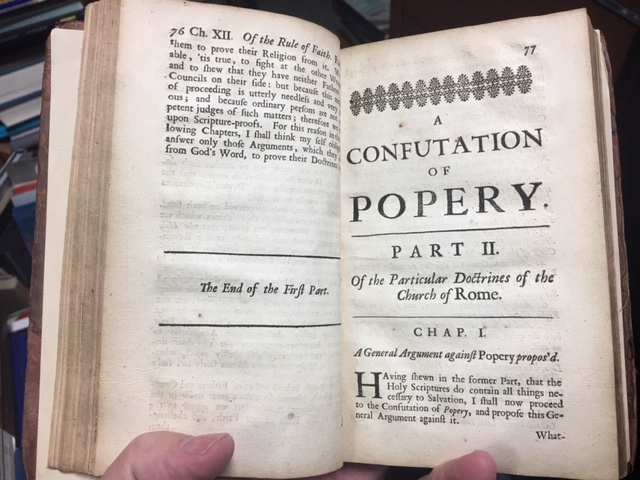 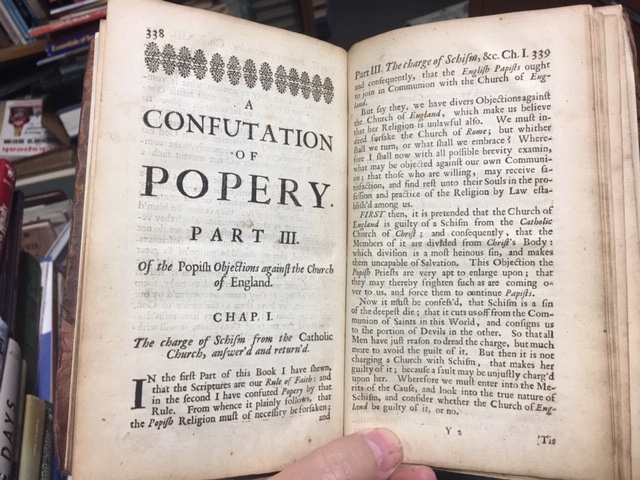 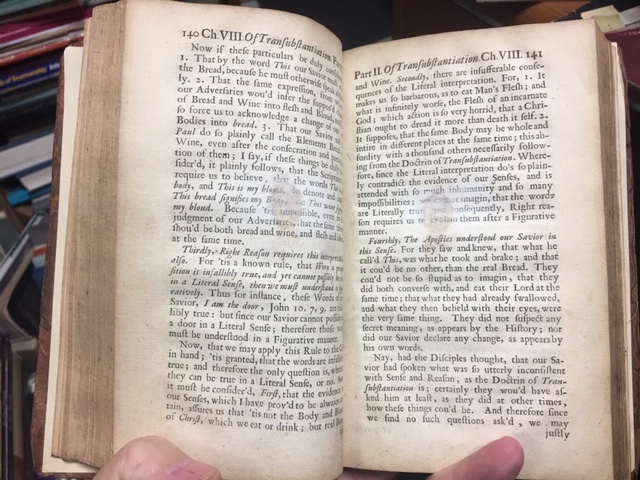 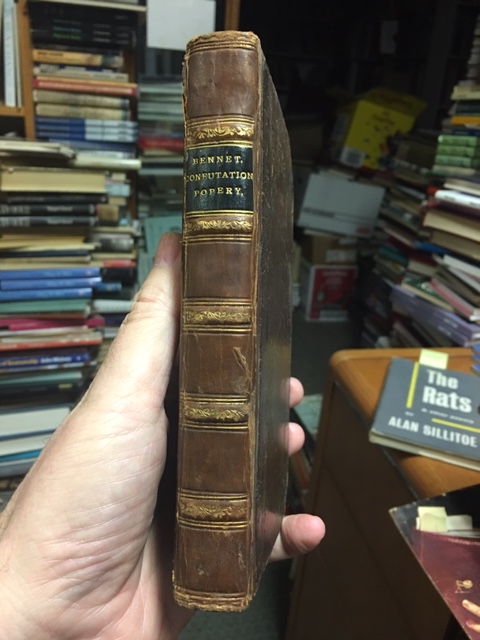 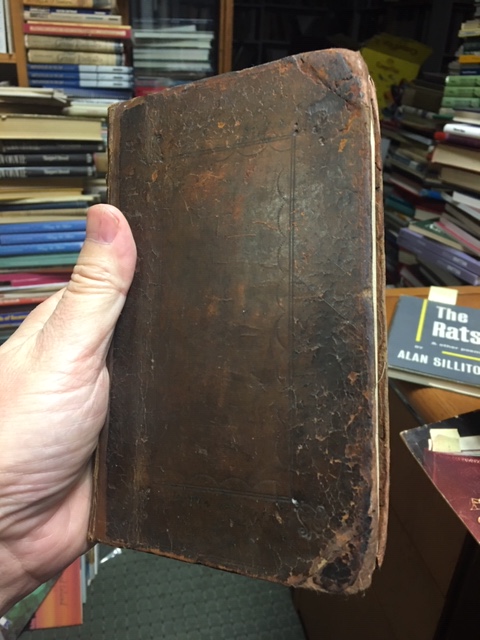 A Confutation of Popery, in Three Parts. Second Edition

BENNET,Thomas. A Confutation of Popery, in Three Parts. Wherein, I. The Controversy concerning the Rule of Faith is Determin'd, II. The particular Doctrines of the Church of Rome are Confuted, III. The Popish Objections against the Church of England are Answered. London : "Printed at the University Press, for Edmund Jeffery, Bookseller in Cambridge; and are to be Sold by James Knapton at the Crown in St. Paul's Churchyard, London", 1701. Second Edition. Pp (10),1-355,(7). 8vo (120 x 188 mm), full leather, with gilt lettering to spine in black title block.

"Those Books, which have been written in our own Language against the Corruptions of the Church of Rome, are of two sorts ; viz. such as treat of some one or more particular Disputes, and are wholly silent concerning the rest : or such as are of a more comprehensive nature, and take in all the material Differences between the Reformed Churches and the Church of Rome." - from the Preface.

1. That those things, which are not contain'd in the Scriptures, were not reveal'd to the Apostles;

2. That Tradition is utterly uncertain, and liable to great Corruptions;

3. That we have no remedy against the Uncertainty and Corruptions of Tradition;

4. That the Church is not Infallible;

5. That the Scriptures do not command us to receive unwritten Traditions;

6. That the Scriptures were written on purpose to prevent the mischiefs arising from unwritten Traditions;

7. That we ought to receive the Scriptures upon the Testimony of Tradition, altho' we reject unwritten Traditions;

8. That those Doctrines which are not contain'd in the Scriptures, were not reveal'd since the Apostles times;

9. That the Scriptures do contain all things necessary to salvation;

10. The first Objection, that the Canon of Scriptures is imperfect, answer'd;

11. The second Objection, that the Scriptures are obscure, answer'd;

12. A short Summary of what has been said in the former Chapters.


Part 2 : Of the particular Doctrines of the Church of Rome.
1. A General Argument against Popery propos'd;

2. That the Doctrine of Transubstantiation is absolutely false;

3. That the Doctrine of Transubstantiation cannot be prov'd from the sixth Chapter of St. John's Gospel;

4. That the sixth Chapter of St. John's Gospel do's not relate to the Lord's Supper;

5. Objections against the former Chapter Answer'd;

6. That altho' the sixth Chapter of St. John's Gospel did relate to the Lord's Supper, yet it cannot be understood in a Literal Sense;

7. That, altho' the sixth Chapter of St. John's Gospel did relate to the Lord's Supper, and were to be understood in a Literal Sense, yet it do's not prove the Doctrine of Transubstantiation, but directly contrary;

8. That the Doctrine of Transubstantiation cannot be prov'd from the Words of the Institution of the Lord's Supper;

12. Of Prayers in an unknown Tongue;

13. Of the Worship of Angels and Saints;

22. Brief Recollections upon some other Popish Doctrines;

23. The General Argument against Popery concluded.


Part 3 : Of the Popish Objections against the Church of England.
1. The charge of Schism from the Catholic Church, answer'd and returned;

2. The pretence of our many Divisions answer'd;

3. Of the pretended Novelty of our Religion; or an answer to the common Question, Where was your Religion before Luther?;

4. Of the Invalidity of our Orders;

5. The pretence of greater safety in the Roman Communion, than in the Communion of the Church of England, answer'd.

With A Table of the principle Texts explain'd in this Book.


Rebacked and with new endpapers. Occasional light foxing and browning, wear to outer corners of boards, else very good, tight. 150.00

Title: A Confutation of Popery, in Three Parts. Second Edition

A Confutation of Popery, in Three Parts. Second Edition