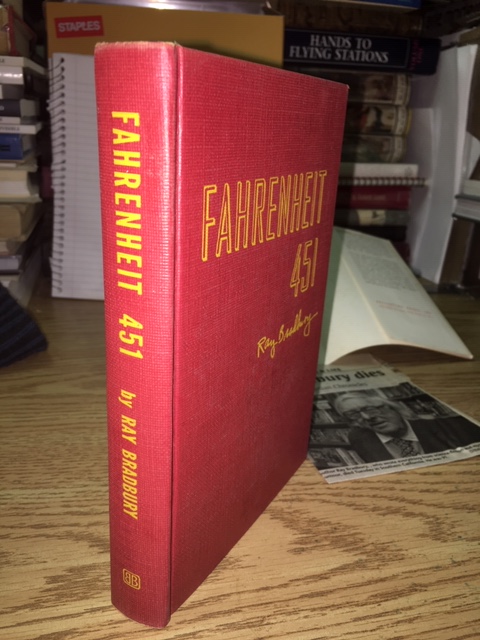 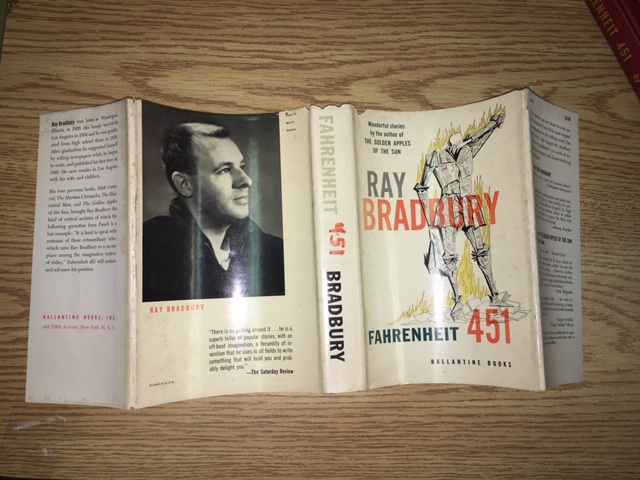 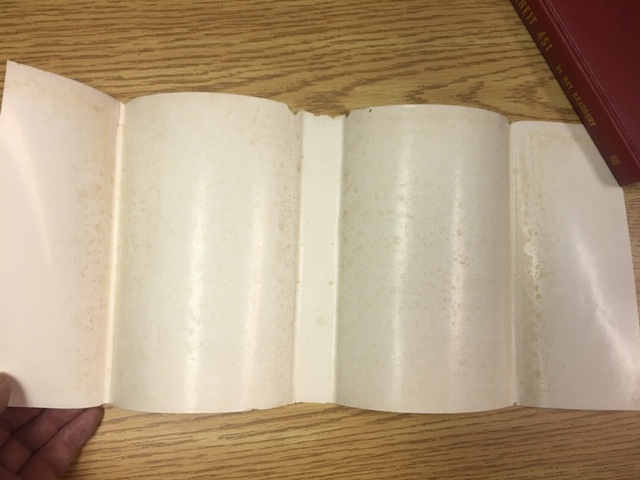 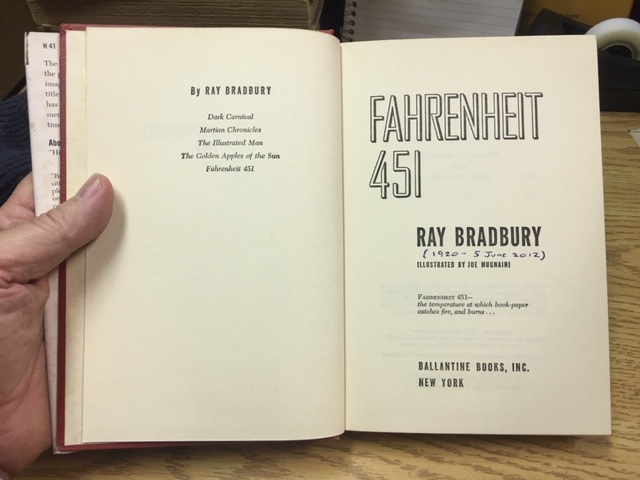 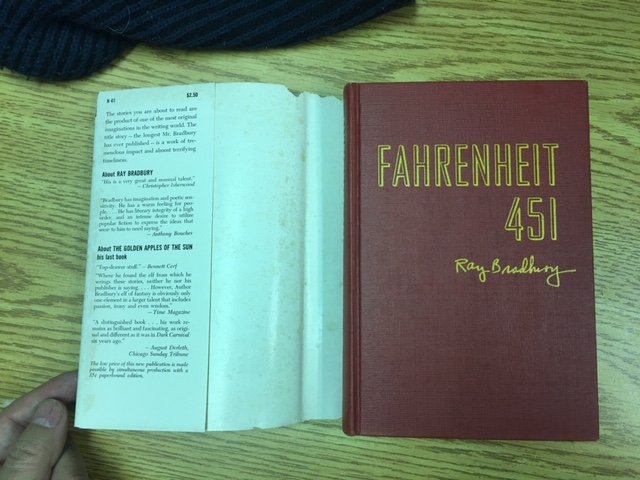 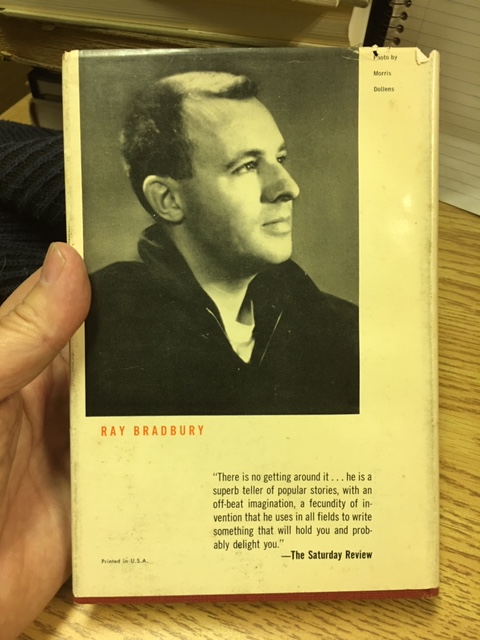 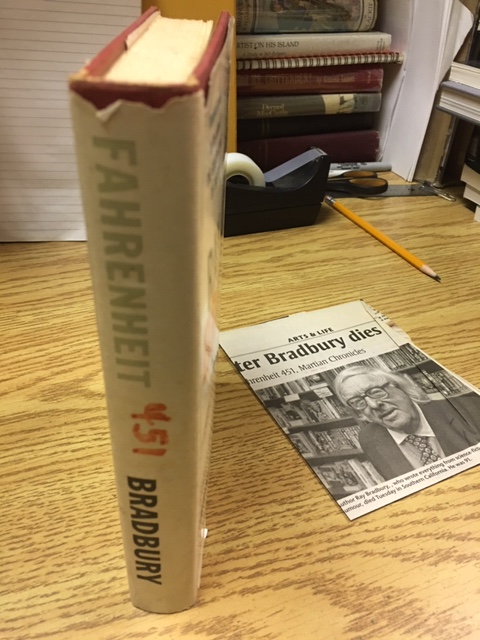 Subtitle to lower title page " FAHRENHEIT 451 - the temperature at which book paper catches fire, and burns..."

Joseph Anthony Mugnaini (born Giuseppe Mugnaini) (b. July 12, 1912, Viareggio, Italy - d. January 23, 1992, Los Angeles) was an artist and illustrator. He is best known for his collaborations with writer Ray Bradbury, beginning in 1952.

"The stories you are about to read are the product of one of the most original imaginations in the writing world. The title story - the longest Mr. Bradbury has ever published - is a work of tremendous impact and almost terrifying timeliness." - from the dustjacket

"In writing the short novel Fahrenheit 451 , I thought I was describing a world that might evolve in four our five decades. But only a few weeks ago, in Beverly Hills one night, a husband and wife passed me, walking their dog. I stood staring after them, absolutely stunned. The woman held in one hand a small cigarette-package-sized radio, its antenna quivering. From this sprang tiny copper wires which ended in a dainty cone plugged into her right ear. There she was, oblivious to man and dog, listening to far winds and whispers and soap-opera cries, sleep-walking, helped up and down curbs by a husband who might just as well not have been there. This was not fiction. This was a new fact in our changing society. As you can see, I must start writing very fast indeed about our future world in order to stand still." - from About Ray Bradbury

Fahrenheit 451.
The Playground.
And the Rock Cried Out.
About Ray Bradbury.

Some light spotting to end-papers and top-edge, Bradbury's dates penned on title pages, else very good & solid in lightly soiled & chipped but unclipped dustjacket. Someone has penned "451" in red marker to the jacket's spine. 1,000.00