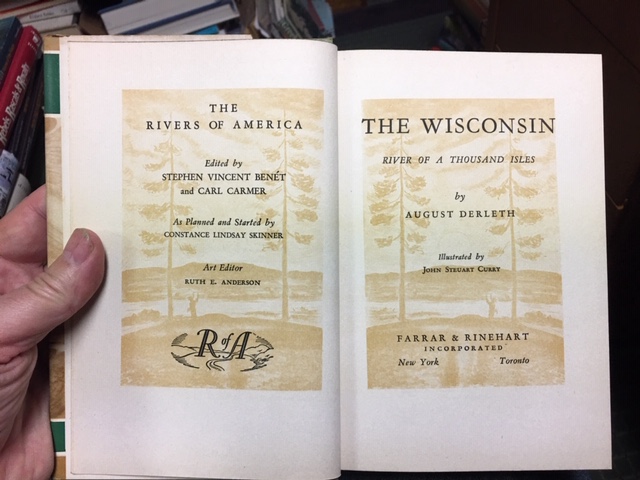 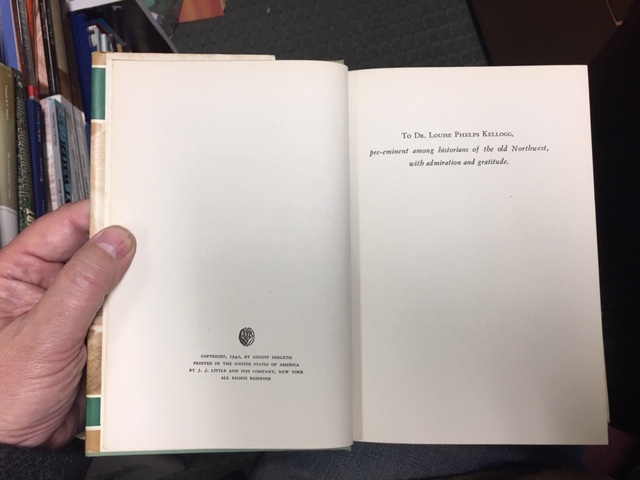 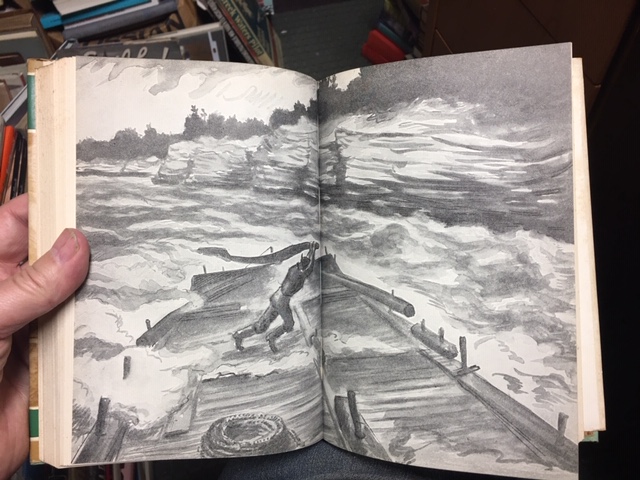 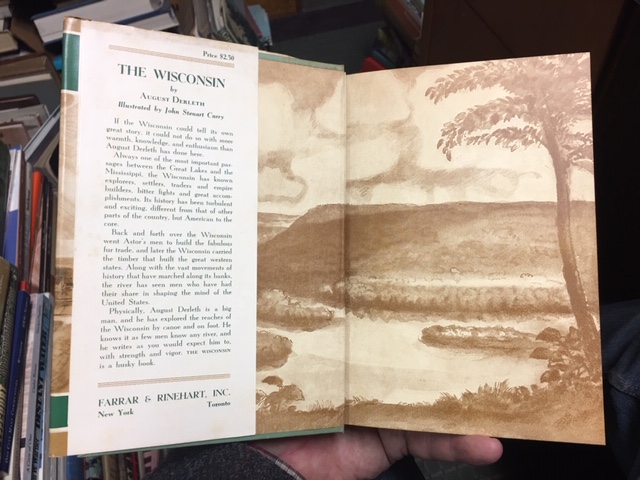 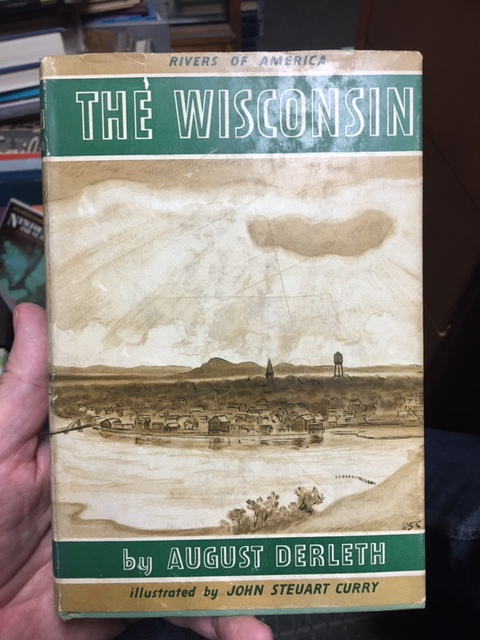 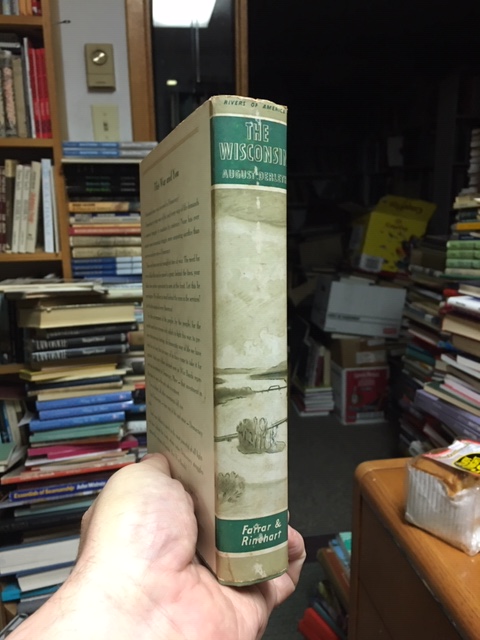 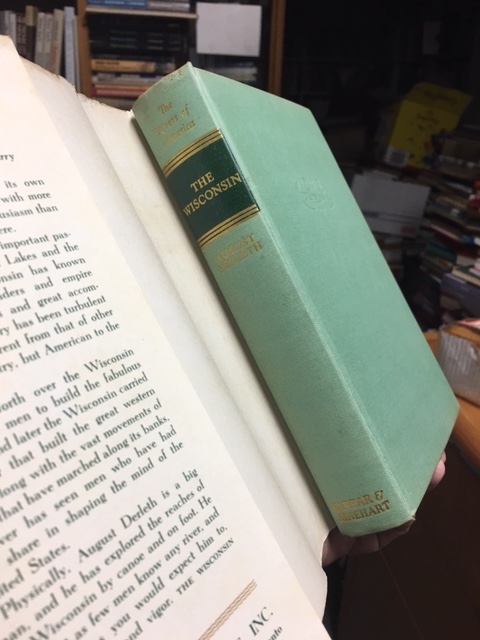 The Wisconsin : River of a Thousand Isles. First Edition in dustjacket

No. 18 in the Rivers of America series.

Fitzgerald, The Rivers of America: A Descriptive Bibliography, W12.

August 'Gus' William Derleth (b. February 24, 1909, Sauk City, Wisconsin – d. July 4, 1971, Sauk City, Wisconsin) was a prodigy, published at the age of fifteen. He went on to write more than a hundred short and long works — poetry, novels, science fiction, mysteries, history, plus everything else under the sun.

He was an editor and publisher. Derleth said that he read a book a day and four hundred magazines in a year.

"If the Wisconsin could tell its own great story, it could not do so with more warmth, knowledge, and enthusiasm than August Derleth has done here.

Always one of the most important passages between the Great Lakes and the Mississippi, the Wisconsin has known explorers, settlers, traders and empire builders, bitter fights and great accomplishments. Its history has been turbulent and exciting, different from that of other parts of the country, but American to the core.

Back and forth over the Wisconsin went Astor's men to build the fabulous fur trade, and later the Wisconsin carried the timber that built the great western states. Along the vast movements of history that have marched along its banks the river has seen men who have had their share in shaping the mind of the United States.

"Physically, August Derleth is a big man, and he has explored the reaches of the Wisconsin by canoe and on foot. He knows it as few men know any river; and he writes as you would expect him to, with strength and vigor. The Wisconsin is a husky book." — — from the dustjacket

VIII. This is the Wisconsin.

With a 1942 gift inscription, else very good in rubbed, nicked but unclipped dustjacket. 100.00

Title: The Wisconsin : River of a Thousand Isles. First Edition in dustjacket

The Wisconsin : River of a Thousand Isles. First Edition in dustjacket