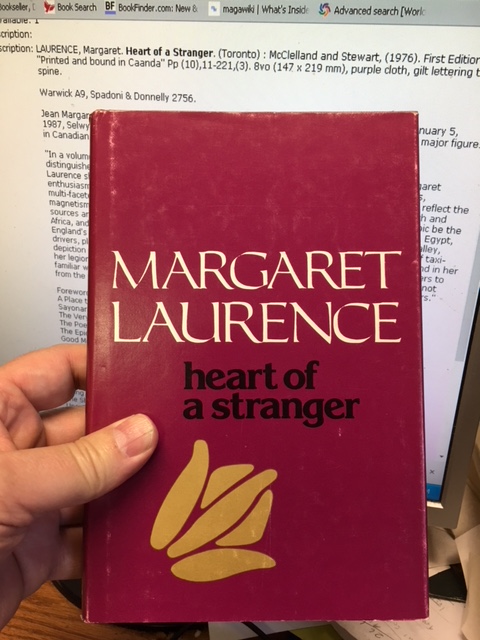 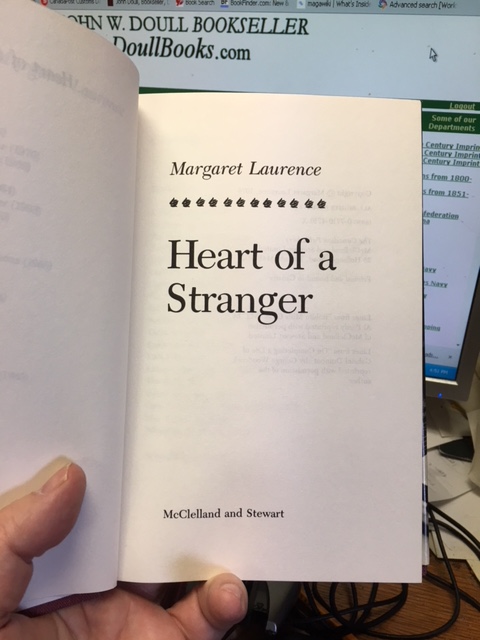 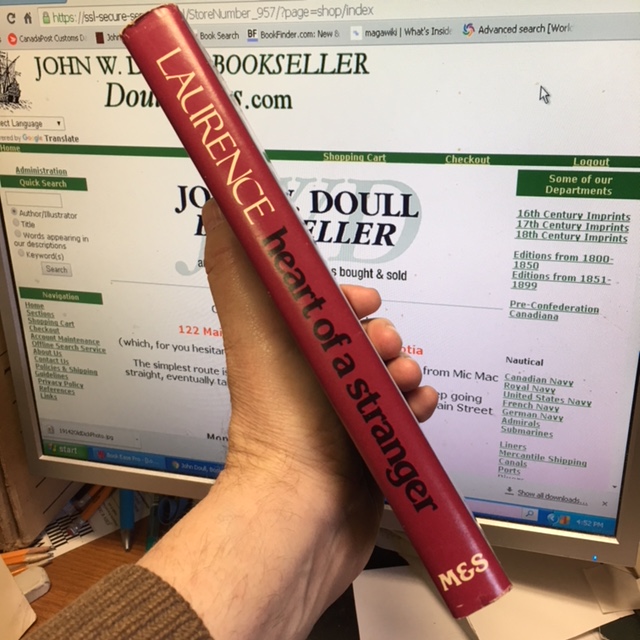 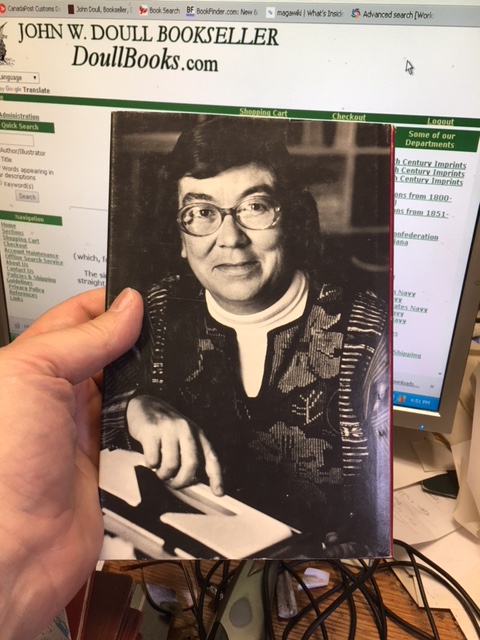 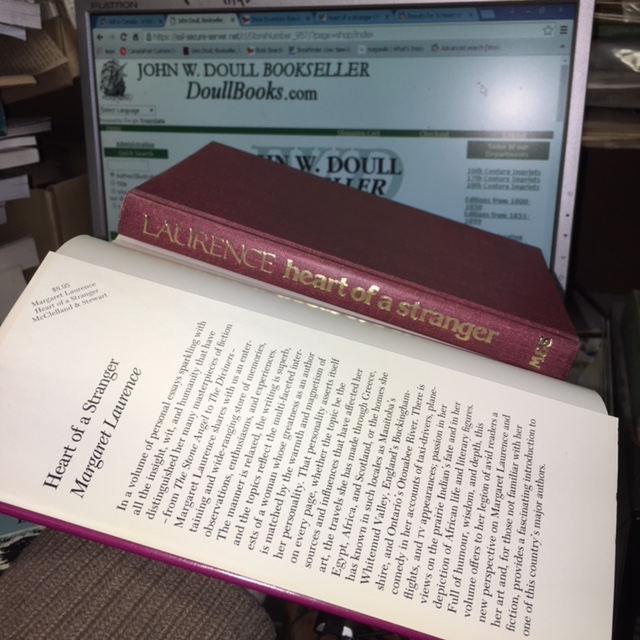 Heart of a Stranger. First Edition in dustjacket

Jean Margaret Laurence, CC (née Wemyss) (b. July 18, 1926, Neepawa, Manitoba – d. January 5, 1987, Selwyn, Ontario) was a Canadian novelist and short story writer, and is one of the major figures in Canadian literature.

"In a volume of personal essays sparkling with ail the insight, wit, and humanity that have distinguished her many masterpieces of fiction - from The Stone Angel to The Diviners - Margaret Laurence shares with us an entertaining and wide-ranging store of memories, observations, enthusiasms, and experiences. The manner is relaxed, the writing is superb, and the topics reflect the multi-faceted interests ot a woman whose greatness as an author is matched by the warmth and magnetism of her personality. That personality asserts itself on every page, whether the topic be the sources and influences that nave affected her art, the travels she has made through Greece, Egypt, Africa, and Scotland, or the homes she has known in such locales as Manitoba's Whitemud Valley, England's Buckinghamshire, and Ontario's Otonabee River. There is comedy in her accounts of taxi-drivers, plane-flights, and TV appearances; passion in her views on the prairie Indian's fate and in her depiction of African life and literary figures. Full of humour, wisdom, and depth, this volume offers to her legion of avid readers a new perspective on Margaret Laurence and her art and, for those not familiar with her fiction, provides a fascinating introduction to one of this country's major authors." from the jacket.

Foreword
A Place to Stand On
Sayonara, Agamemnon
The Very Best Intentions
The Poem and the Spear
The Epic Love of Elmii Bonderi
Good Morning to the Grandson of Ramesses the Second
Captain Pilot Shawkat and Kipling's Ghost [Captain Pilot Shawkat Gemes, Suez Canal pilots, &c]
Hie Wild Blue Yonder
Put Out One or Two More Flags
Road from the Isles
Inside the Idiot Box
I am a Taxi
Living Dangerously... by Mail
The Shack
Upon a Midnight Clear
Open Letter to the Mother of Joe Bass
Man of Our People [on Gabriel Dumont]
Where the World Began.

Title: Heart of a Stranger. First Edition in dustjacket

Heart of a Stranger. First Edition in dustjacket