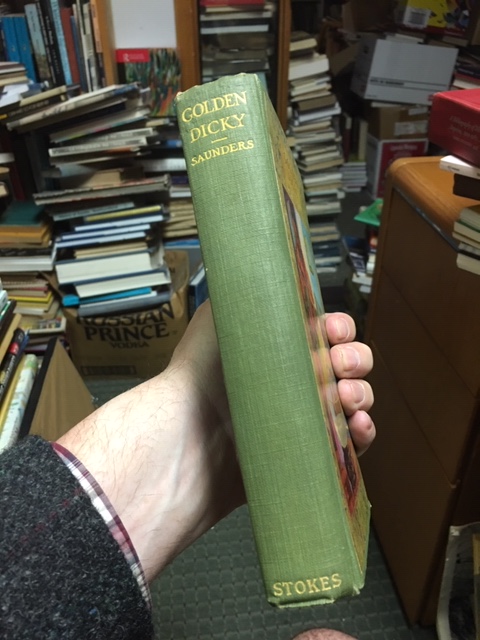 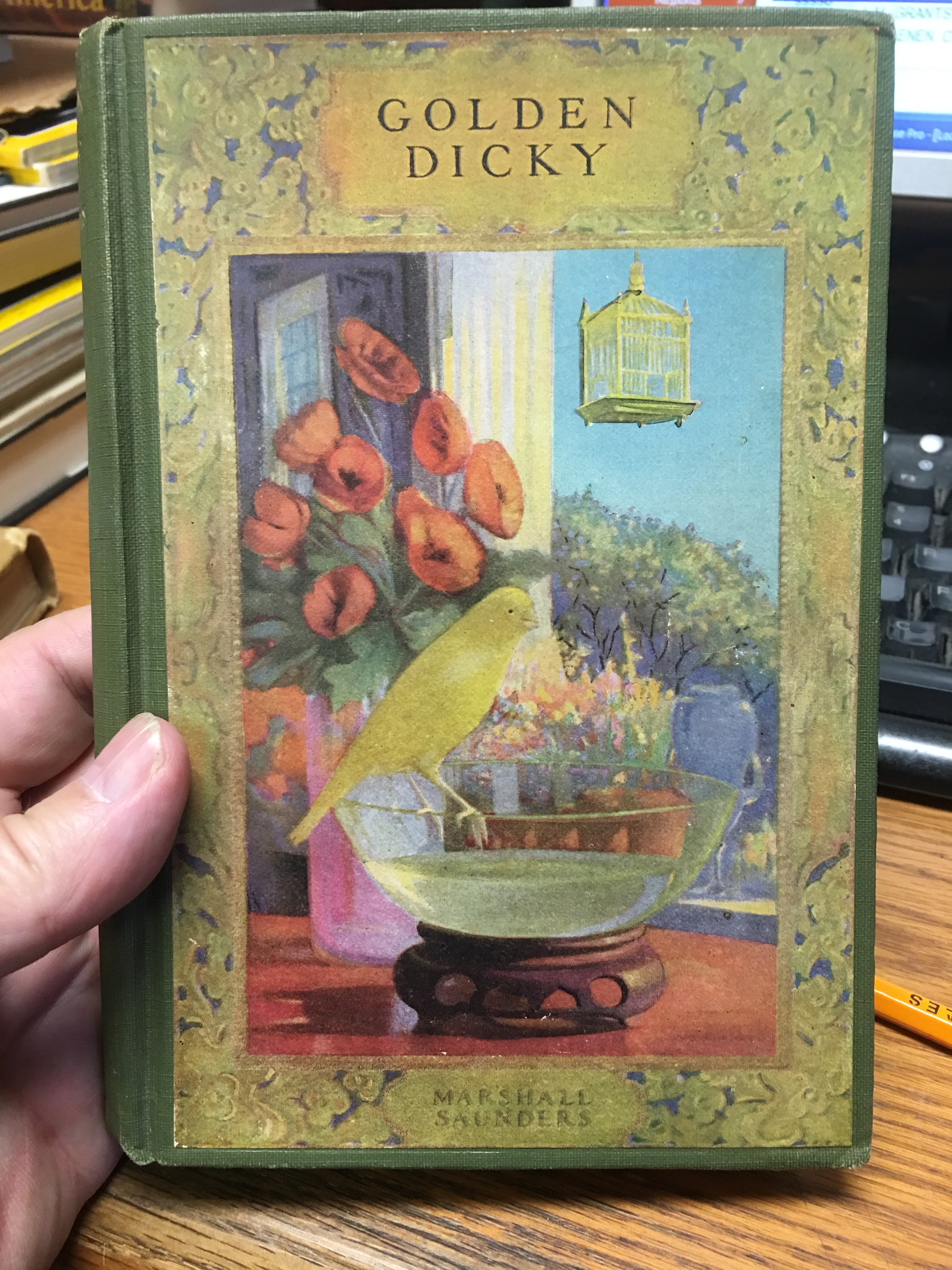 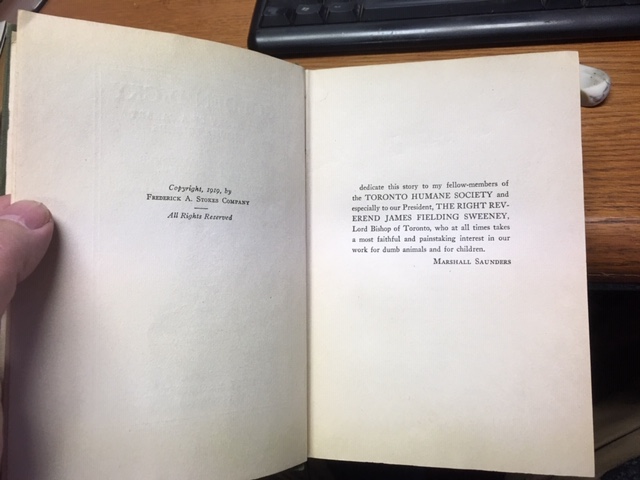 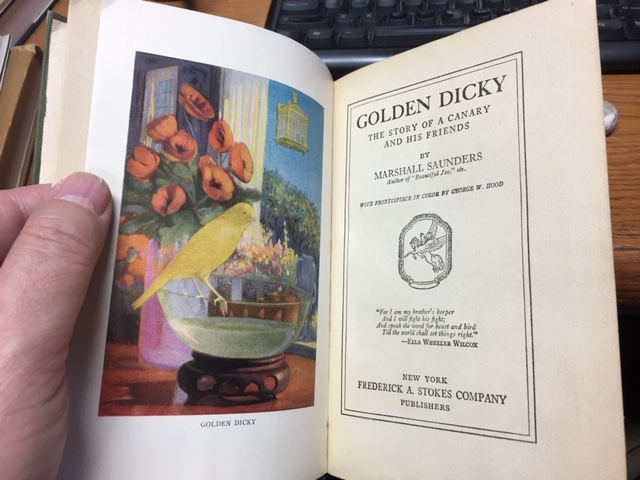 Golden Dicky : The Story of a Canary and His Friends. First Edition.

She spent most of her childhood in Berwick, Nova Scotia where her father served as Baptist minister.. Saunders is most famous for her novel Beautiful Joe. It was the first Canadian book to sell over a million copies, and by the late 1930s had sold over seven million copies worldwide. In 1934, Saunders was made a Commander of the British Empire (C.B.E.), at the time her country's highest civilian honor. Together with fellow Canadian author, Lucy Maud Montgomery, Saunders co-founded the Maritime branch of the Canadian Women's Press Club. Following the success of Beautiful Joe, Saunders wrote more than twenty other stories, a number of which provided social commentary on such things as the abolition of child labour, slum clearance, and the improvement of playground facilities. Saunders died in 1947 in Toronto, Ontario where she had lived for a number of years. She is buried in Mount Pleasant Cemetery in Toronto.

An animal story in 26 chapters for younger readers.
Introduction by Ernest S. Caswell.

Title: Golden Dicky : The Story of a Canary and His Friends. First Edition.

Golden Dicky : The Story of a Canary and His Friends. First Edition.