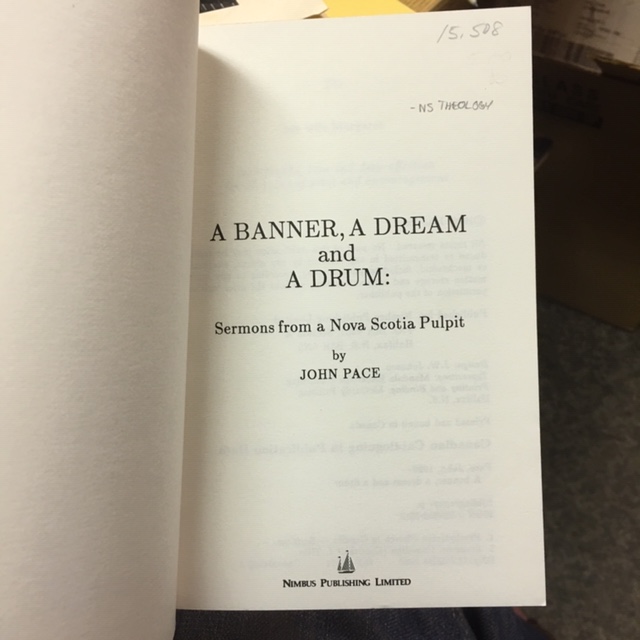 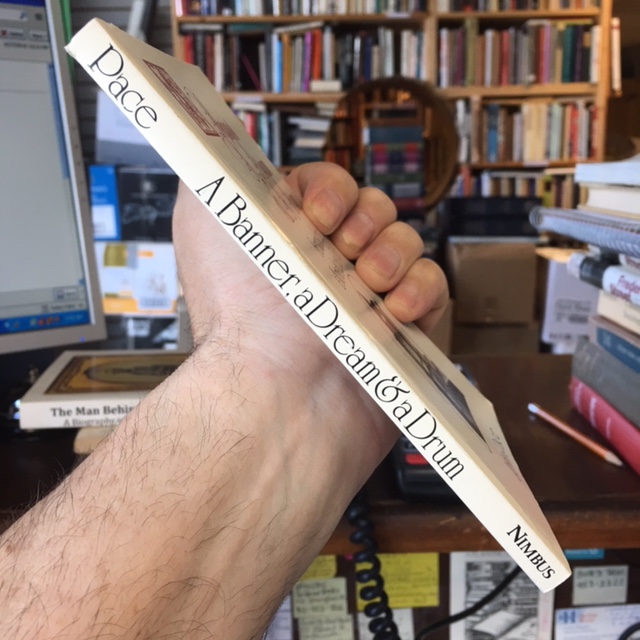 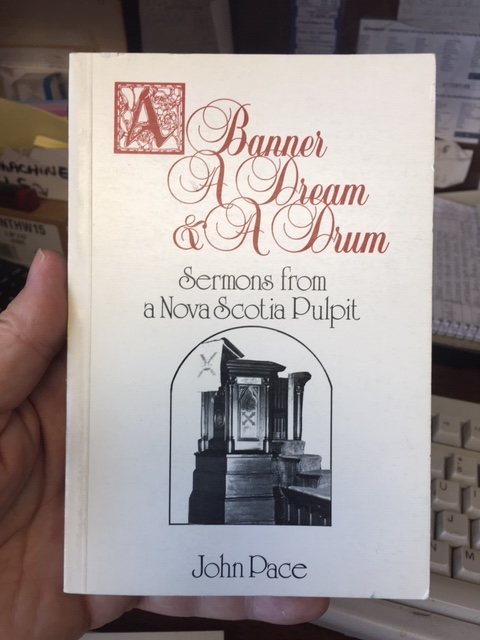 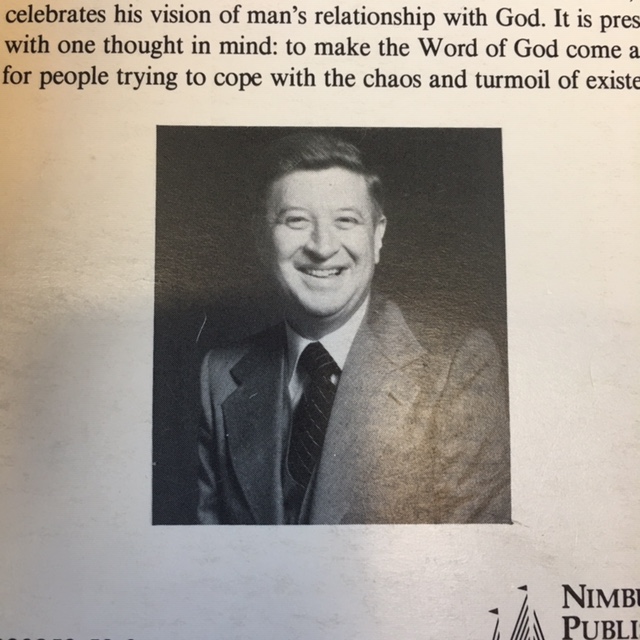 A Banner, A Dream and A Drum : Sermons from a Nova Scotia Pulpit. First Edition

"Reverend John Pace was born on May 7, 1928, in Belfast, Northern Ireland. he was educated at Methodist College, Belfast and emigrated to Canada in 1947. In 1959 he left a successful business career to attend McMaster University, receiving his B.A. in 1961, and his B.D. from Knox College, University of Toronto, in 1964.

This collection of sermons, marking Rev. Pace's tenth year as pastor of historic St. David's Presbyterian Church in Halifax, celebrates his vision of man's relationship with God. It is presented with one thought in mind: to make the Word of God come alive for people trying to cope with the chaos and turmoil of existence." - from the rear cover.

With the following sermons:
"A Banner, a Dream and a Drum",
"Facets of Faith",
"A Cry in the Night",
"Fighting Dragons",
"Golden Windows Across the Bay",
"If You Ain't Where You Are, You're No Place",
"The 5-Alls",
"The Walking Dead",
"Mud and Stars",
"A Piece of the Rock",
"The Fertile Centre",
"Topsy-turvydom",
"The Great Debate",
"Actions Speak Louder than Words",
"The Trinity",
"The Fullness of Time",
"Five Smooth Stones",
"The Key to It All",
"The Time is Now",
"Silence is not Golden",
"The Case of the Innocent Sufferer",
"Grasping the Obvious", and "Second Fiddle".
With bibliography.

Title: A Banner, A Dream and A Drum : Sermons from a Nova Scotia Pulpit. First Edition

A Banner, A Dream and A Drum : Sermons from a Nova Scotia Pulpit. First Edition