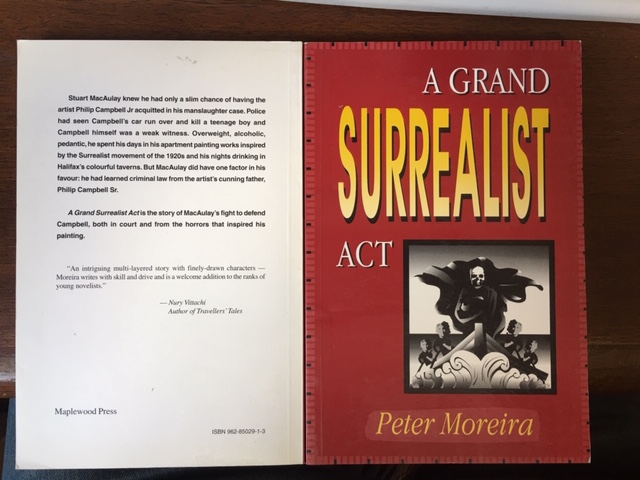 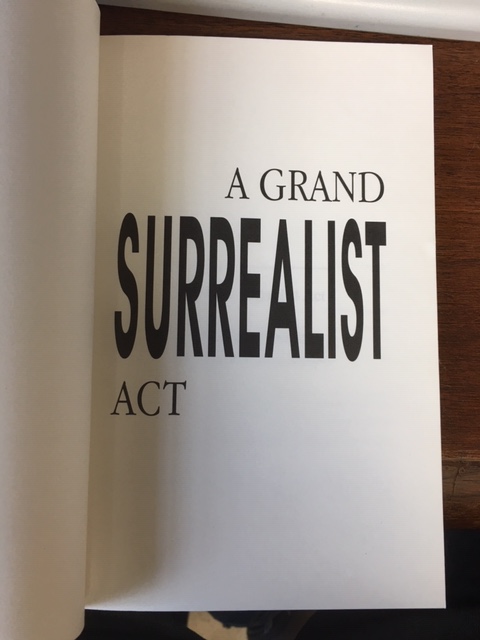 Peter Moreira (b. 1960, Halifax) was living in Hong Kong at the time of publication.

A novel of Halifax arranged in seventeen chapters.

"Stuart MacAulay knew he had only a slim chance of having the artist Peter Campbell Jr acquitted in his manslaughter case. Police had seen Campbell's car run over and kill a teenage boy and Campbell himself was a weak witness. Overweight, alcoholic, pedantic, he spent his days in his apartment painting works inspired by the Surrealist movement of the 1920s and his nights drinking in Halifax's colourful taverns. But MacAulay did have one factor in his favour: he had learned criminal law from the artist's cunning father, Phil Campbell Sr .

A Grand Surrealist Act is the story of MacAulay's fight to defend Campbell both in court and from the horrors that inspired his painting." - from the rear cover.

2. The South Door [ a reference to the south door of Queen Elizabeth High School, Halifax, which served the relatively affluent students of the South End ] .