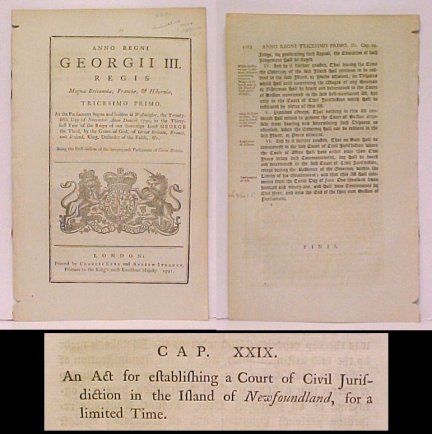 Title: Act for establishing a Court of Civil Juridiction in the Island of New