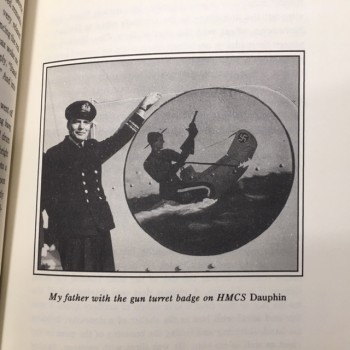 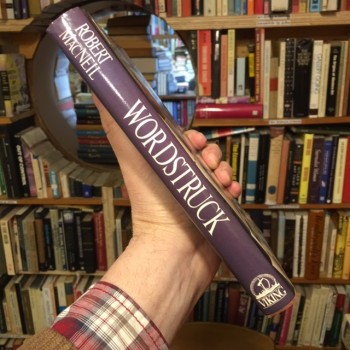 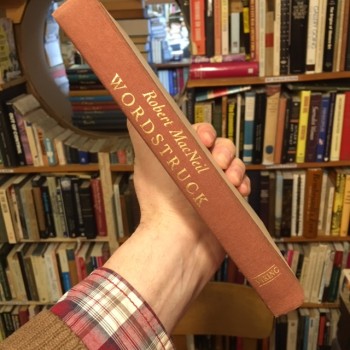 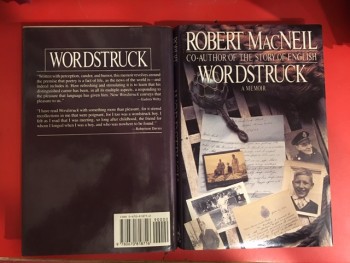 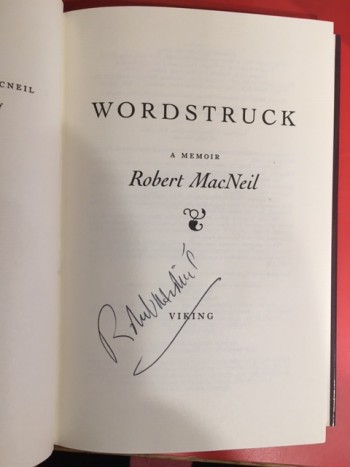 "A winter's night in Halifax, Nova Scotia, half a century ago: a small boy, warm from his bath. dressed in striped flannel pajamas and a wool dressing gown, nestled among the cushions of a sofa, listens to his mother read aloud, '.. . keeping nothing back but the bearings of the island, and that only because there is treasure not yet lifted.' Entranced, this small boy never forgot the spell of those words - and others - read to him as a child, words that seemed magical then, and now are clues to remembering his childhood, a trail along which he uncovers his earliest experiences.

In Wordstruck, Robert MacNeil hauntingly and poignantly re-creates his own youth, his own growing love of words, the world they opened up to him, the experiences they enriched. Delving into his past to unearth these treasured experiences, he recaptures the lost world of his childhood. MacNeil's delight infuses his own words with magic, with an incandescent vitality that reminds us of the power of words to evoke, to enthrall, to move. " - from the dust jacket.

"Although I was born in Montreal, it was in Halifax that I learned to talk and later to read and write. So it was as a Nova Scotian that I joined the English-speaking peoples: my first English came flavoured with a salty tang and with odd names for things, like chesterfield for sofa." - p.2

Much on Halifax and environs throughout the book, with, naturally an emphasis on his early days in broadcasting.

And, happily, books and reading also predominate, e.g. this passage on his father : "Whatever he was doing, his books were a constant; even when he was short of cash for anything else, like paying bills, books appeared. In fact, he used books to hide the bills he couldn't pay. Occasionally I found little nests of them when I pulled out a book. My mother said scornfully that was Irish — dealing with unpleasant reality by putting it away somewhere, out of mind. She never knew which books to look behind. It made her both furious with him and tender. He always wrote on the flyleaf of each new book the date and where he was, so i can follow him: reading Chesterton just after they were married in November 1929, Scottish poets the following spring, Conrad through the early thirties, and Proust at sea in wartime — Swann's Way, 1941, in HMCS Dauphin; Within a Budding Grove, in 1944, aboard HMCS Columbia. Some books spent the war in sea bags and still show it. There were always books and they were moved each time we moved. His brother, Corty, an artist, designed bookplates, and after the war, my father spent weeks pasting them into his books. He treated the bindings of his leatherbound books with oil to keep them supple. He loved the feel of books, good paper, well- sewn bindings; while still a small child I was hearing about half-calf and morocco bindings." - pp.11-12.

Very good in price-clipped dustjacket. Signed, without inscription, by the author. 25.00