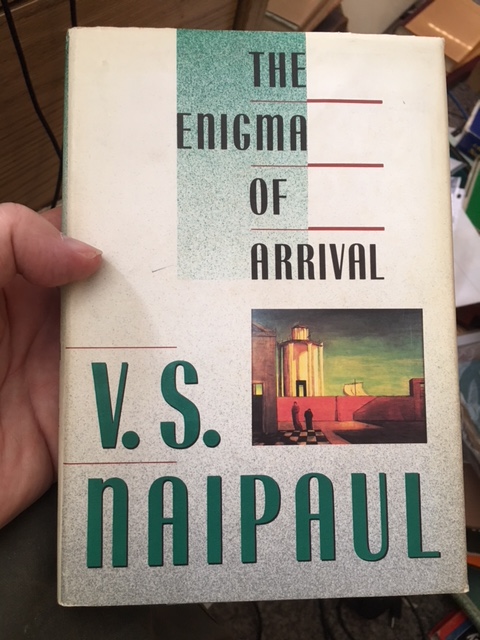 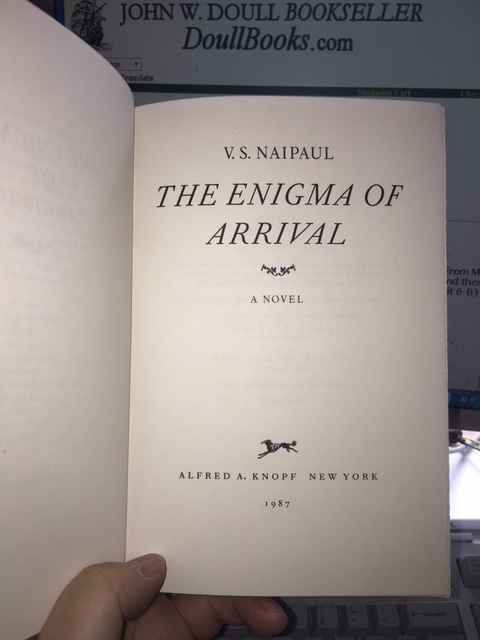 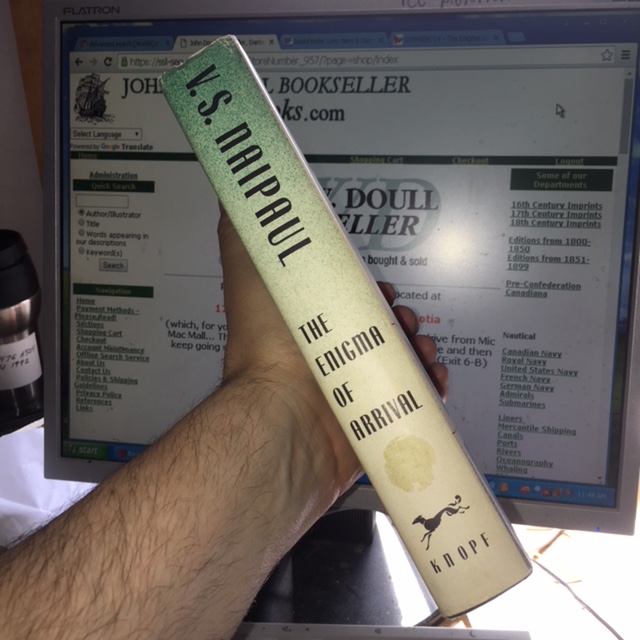 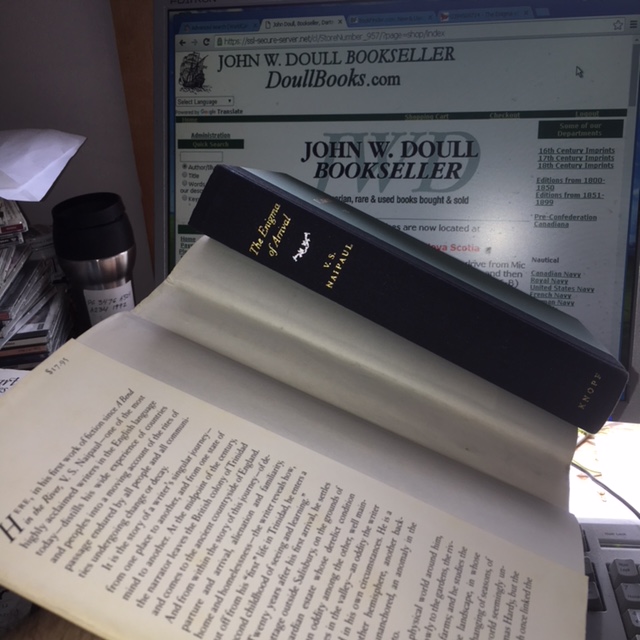 The Enigma of Arrival. First American Edition in dustjacket

"Here, in his first work of fiction since A Bend in the River, V. S. Naipaul — one of the most highly acclaimed writers in the English language today - distills his wide experience of countries and peoples into a moving account of the rites of passage endured by all people and all communities undergoing change or decay.

It is the story of a writer's singular journey - from one place to another, and from one state of mind to another. At the midpoint of the century, the narrator leaves the British colony of Trinidad and comes to the ancient countryside of England. And from within the story of this journey — of departure and arrival, alienation and familiarity, home and homelessness — the writer reveals how, cut off from his "first" life in Trinidad, he enters a "second childhood of seeing and learning."

Twenty years after his first arrival, he settles in a cottage outside Salisbury, on the grounds of an Edwardian estate whose derelict condition makes it an oddity among the other, well maintained estates in the valley — an oddity the writer feels reflected in his own circumstances. He is a man from another hemisphere, another background, a man unanchored, an anomaly in the place he has come to.

He watches the physical world around him, acclimating himself slowly to the gardens, the rivers, the bare plains, the farms,; and he studies the people who complete the landscape, in whose lives he sees mirrored the changing of seasons, of the skies and fields. It is a world seemingly untouched since the time of Thomas Hardy, but the narrator senses that the ties which once linked the people to the land and to each other are falling away, and that his own presence in the old valley is part of "something like an upheaval, a change in the course of the history of the country," a portent of the past coming undone. Yet, everything he observes — personal histories, work undertaken, landscapes, homes, even colors, patterns, shapes — is reinterpreted through an artistic vision whose development we are witnessing, and through which he is able, finally, to see his own past connect with the present in the "fulfillment of a child's dream of a safe house in the wood."

Clearly autobiographical, yet woven through with remarkable invention, The Enigma of Arrival is as rich and complex as any novel we have had from this exceptional writer." - (from the dj).

Jack's Garden;
The Journey;
Ivy;
Rooks;
The Ceremony of Farewell.

Title: The Enigma of Arrival. First American Edition in dustjacket

The Enigma of Arrival. First American Edition in dustjacket