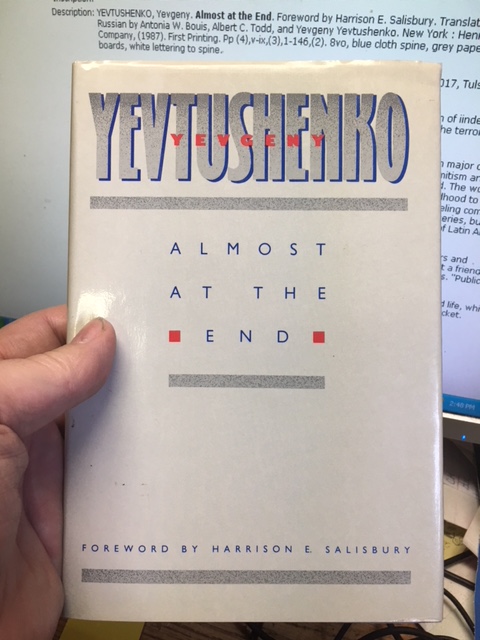 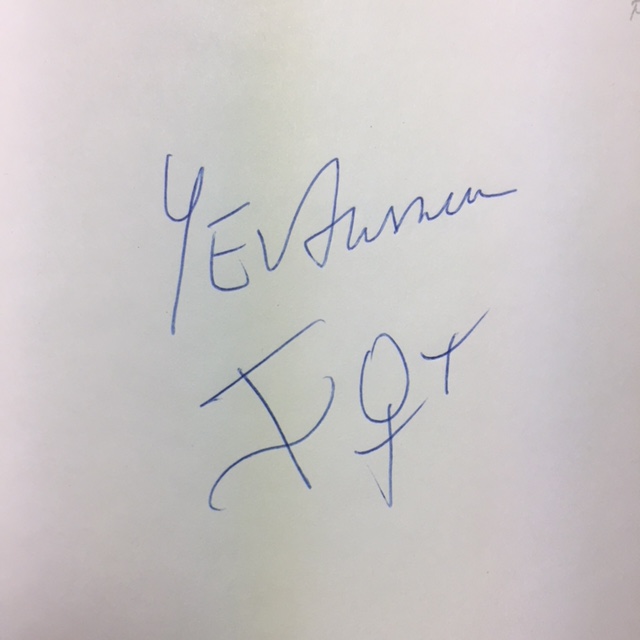 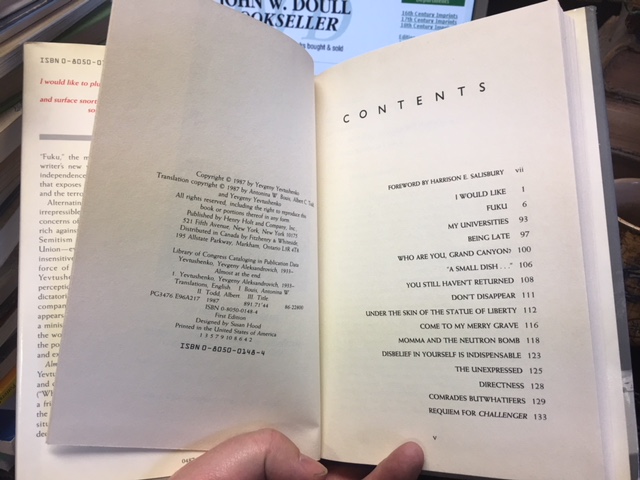 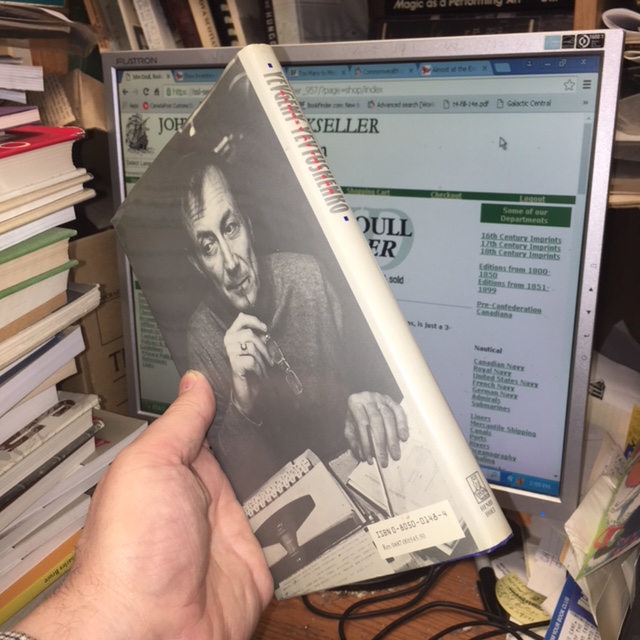 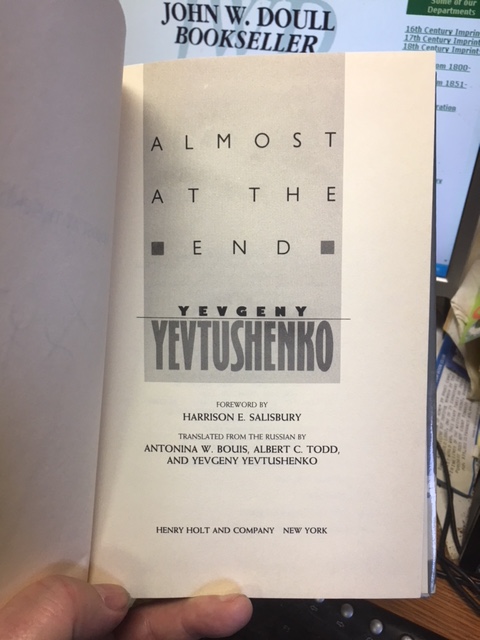 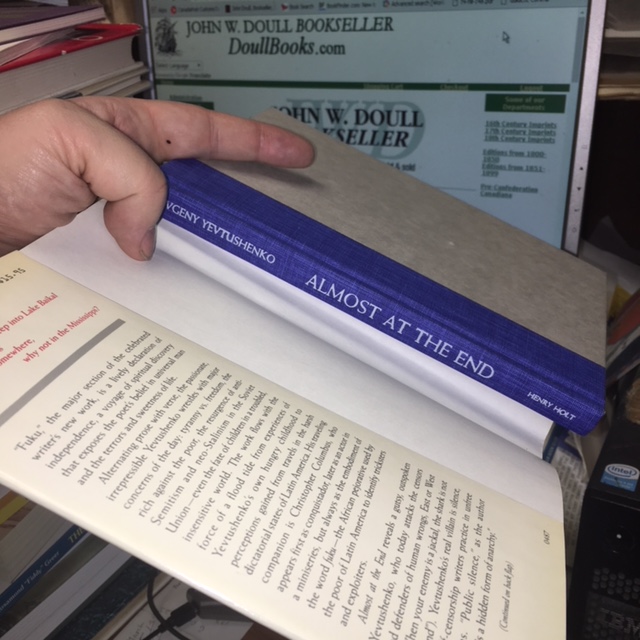 Almost at the End. First American Edition in dustjacket, Signed

'"Fuku," the major section of the celebrated writer's new work, is a lively declaration of iindependence, a voyage of spiritual discovery that exposes the poet's belief in universal man and the terrors and sweetness of life.

Alternating prose with verse, the passionate,  irrepressible Yevtushenko wrestles with major concerns of the day: tyranny vs. freedom, the rich against the poor, the resurgence of anti- Semitism and neo-Stalimsm in the Soviet Union — even the fate of children in a troubled insensitive world. The work flows with the force of a flood tide from experiences of Yevtushenko's own hungry childhood to  perceptions gained from travels in the harsh uiaatonal states of Latin America. His traveling companion is Christopher Columbus, who appears first as conquistador, later as an actor in a mmiseries, but always as the embodiment of the word fuku — the African pejorative used by the poor of Latin America to identify tricksters and exploiters.

Almost at the End reveals a gutsy, outspoken Yevtushenko, who today attacks the censors and defenders of human wrongs, East or West ("When your enemy is a jackal, the shark is not a friend"). Yevtushenko's real villain is silence, the selt-censorship writers practice in unfree situations. "Public silence," as the author declares, "is a hidden form of anarchy."

In addition to "Fuku," Yevtushenko has included his most recent poems celebrating love and life, which have been translated by the author with Albert C. Todd and Antonina W. Bouis." from the jacket.

Very good in unclipped dustjacket. Signed, without inscription, by Yevtushenko. 75.00

Almost at the End. First American Edition in dustjacket, Signed