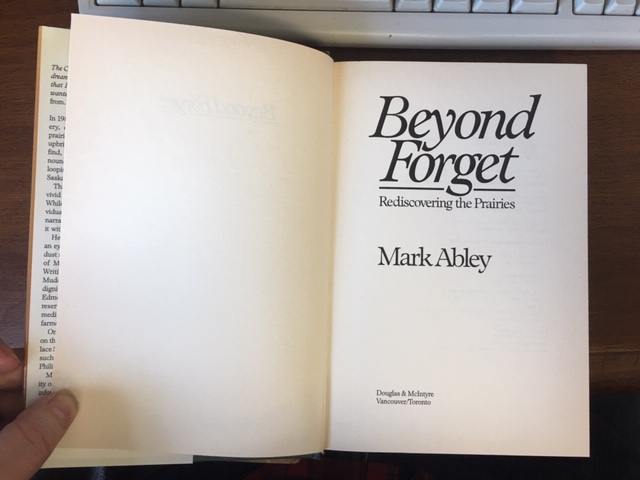 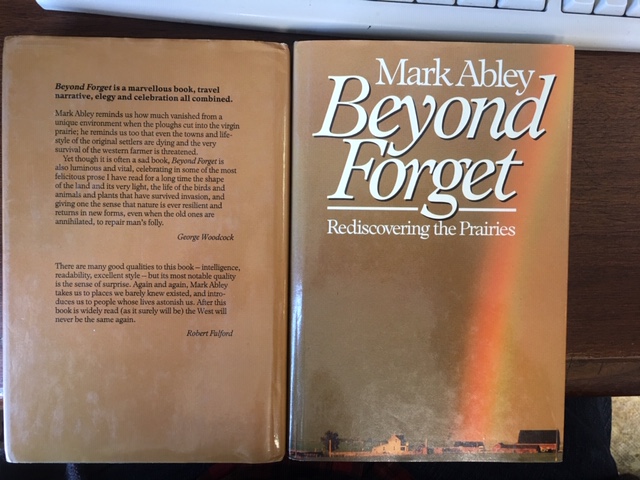 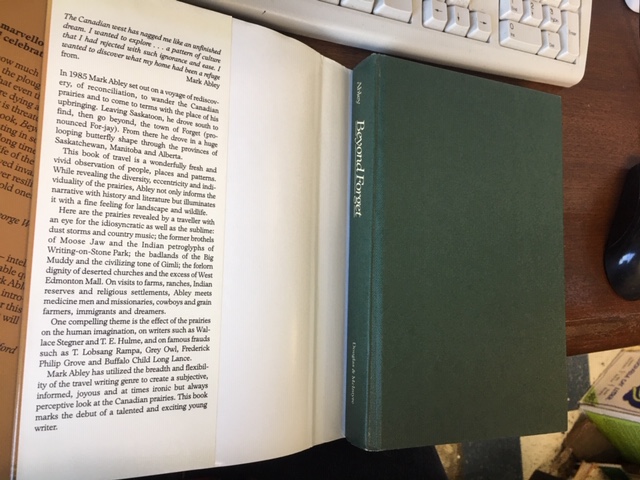 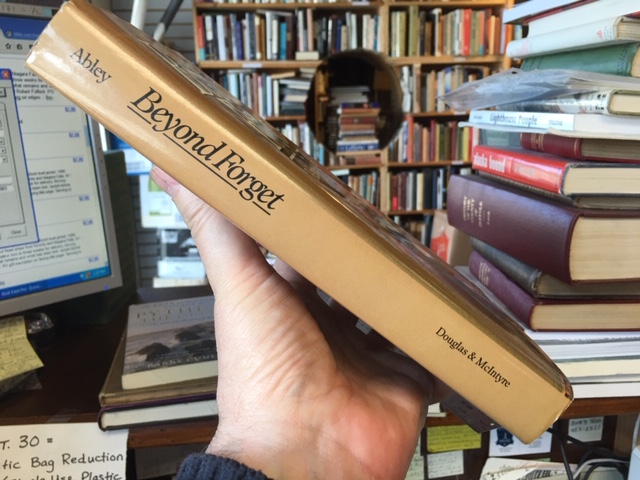 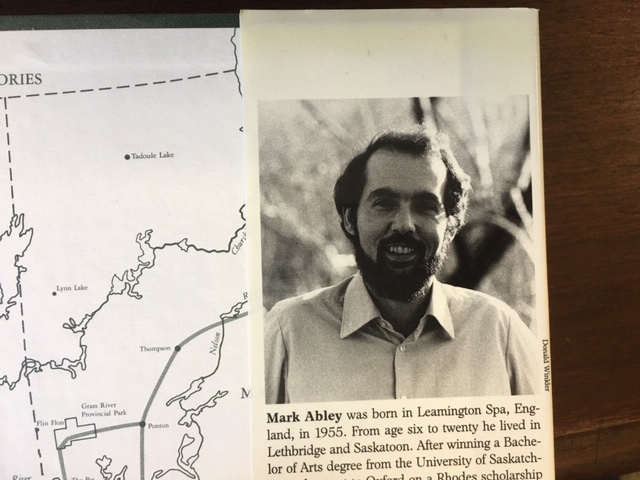 Beyond Forget : Rediscovering the Prairies. First Edition in dustjacket

Mark Abley (b. May 13, 1955, Leamington Spa, Warwickshire, England) was living in Montreal at the time of publication.

"In 1985, Mark Abley set out on a voyage of rediscovery, of reconciliation, to wander the Canadian prairies and to come to terms with the place of his upbringing. Leaving Saskatoon, he drove south to find, then go beyond, the town of Forget (pronounced For-jay). From there he drove in a huge looping butterfly shape through the provinces of Saskatchewan, Manitoba, and Alberta.

This book of travel is a wonderfully fresh and vivid observation of people, places and patterns. While revealing the diversity, eccentricity and individuality of the prairies, Abley not only informs the narrative with history and literature but illuminates it with a fine feeling for landscape and wildlife.

Here are the prairies revealed by a traveller with an eye for the idiosyncratic as well as the sublime: dust storms and country music; the former brothels of Moose Jaw and the Indian petroglyphs of Writing-on-Stone Park; the badlands of the Big Muddy and the civilizing tone of Gimli; the forlorn dignity of deserted churches and the excess of West Edmonton Mall. On visits to farms, ranches, Indian reserves and religious settlements, Abley meets medicine men and missionaries, cowboys and grain farmers, immigrants and dreamers.

One compelling theme is effect of the prairie fires on the human imagination, on writers such as Wallace Stegner and T.E. Hulme, and on the famous frauds such as T. Lobsang Rampa, Grey Owl, Frederick Philip Grove, and Buffalo Child Long Lance."

Arranged in 56 chapters, this is Abley's 1985 journey through the small towns of Saskatchewan, Manitoba, and Alberta.
With index.

Title: Beyond Forget : Rediscovering the Prairies. First Edition in dustjacket

Beyond Forget : Rediscovering the Prairies. First Edition in dustjacket