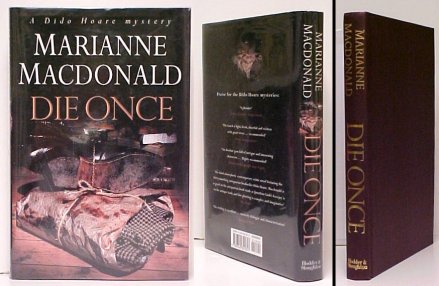 No. 6 in the Dido Hoare series.

"Marianne Macdonald was born in Northern Ontario and raised in Winnipeg and Montreal until the age of twenty, when she went to Oxford to do graduate work." - from the dj.

Very good in dustjacket. Signed by the author. 50.00