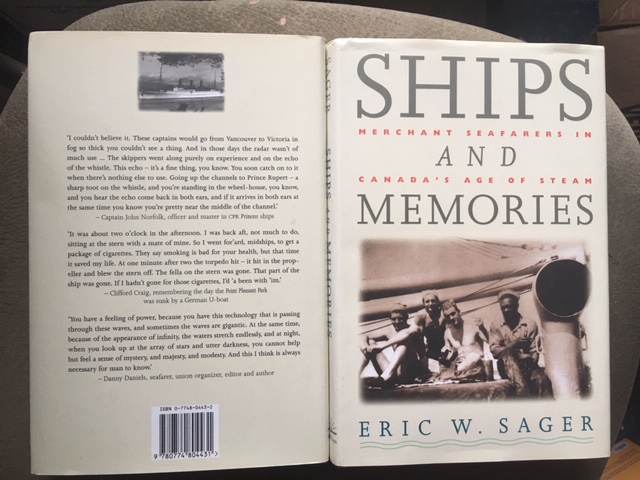 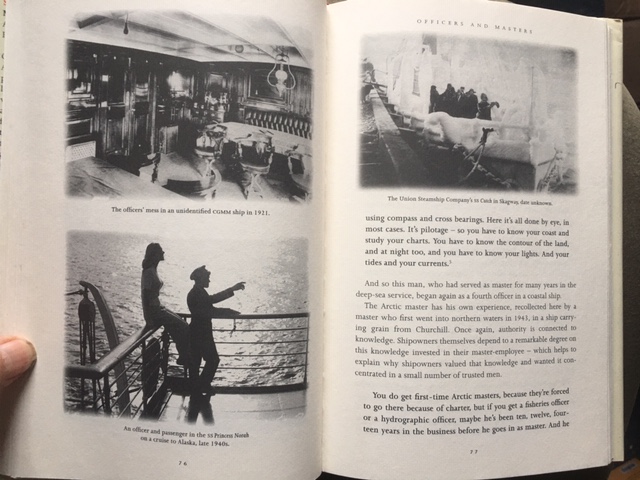 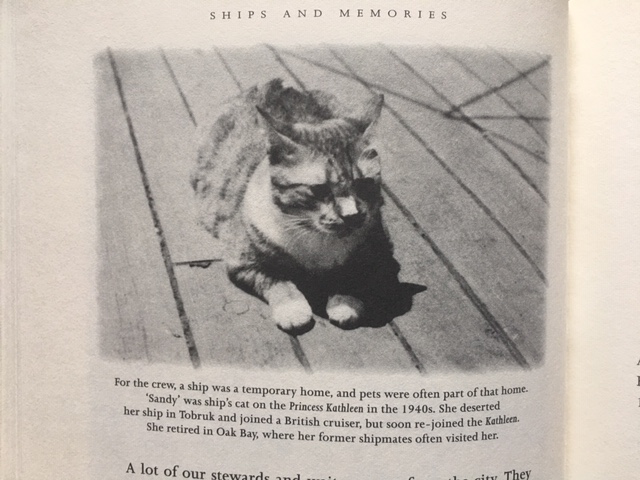 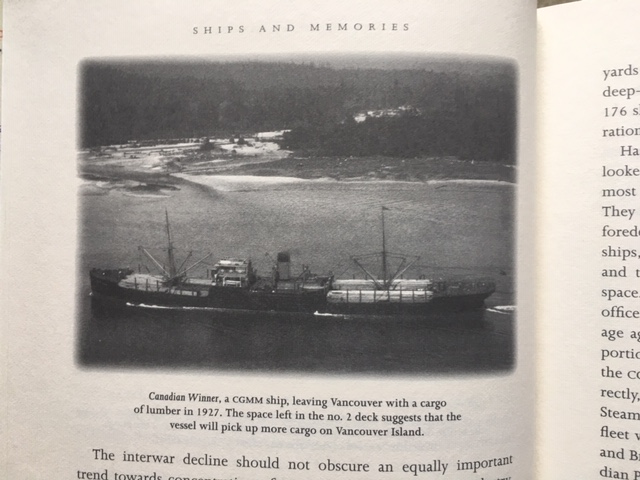 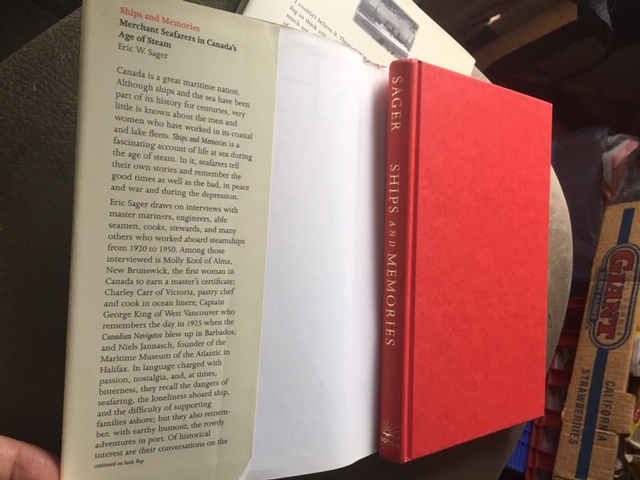 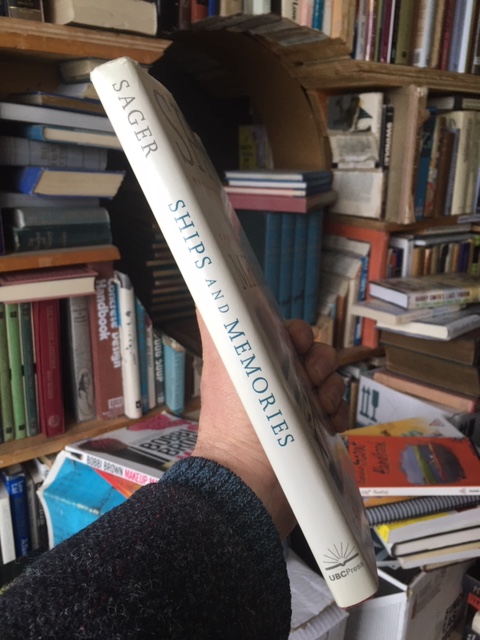 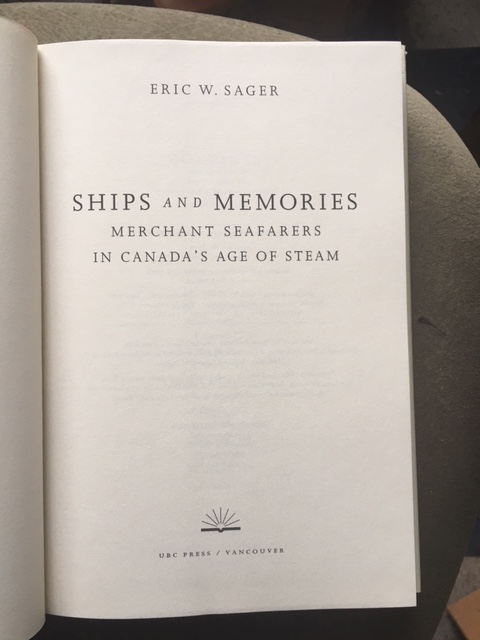 Eric W. Sager (b. 1946) was teaching at the University of Victoria at the time of publication.

"Canada is a great maritime nation. Although ships and the sea have been part of its history for centuries, very little is known about the men and women who have worked in its coastal and lake fleets. 'Ships and Memories' is a fascinating account of life at sea during the age of steam.
In it, seafarers tell their own stories and remember the good times as well as the bad, in peace and war during the depression.
Eric Sager draws on interviews with master mariners, engineers, able seamen, cooks, stewards, and many others who worked aboard steamships from 1920 to 1950. Among those interviewed is Molly Kool of Alma, New Brunswick, the first woman in Canada to earn a master's certificate; Charley Carr of Victoria, pastry chef and cook in ocean liners; Captain George King of West Vancouver who remembers the day in 1925 when the Canadian Navigator blew up in Barbados; and Niels Jannasch, founder of the Maritime Museum of the Atlantic in Halifax. In language charged with passion, nostalgia, and, at times, bitterness, they recall the dangers of seafaring, the loneliness aboard ship, and the difficulty of supporting families ashore; but they also remember, with earthy humour, the rowdy adventures in port. Of historical interest are their conversations on the role of the Canadian merchant ships during the Second World War, the decline of the merchant marine, and the struggle to improve working conditions on Canadian ships.
Sager lets the seafarers speak for themselves. His insightful commentary links the recollections thematically and places them within the context of the times. A glossary acquaints readers with nautical terms, and photographs illustrating the seafarer s life add a vivid visual dimension to the reminiscences."