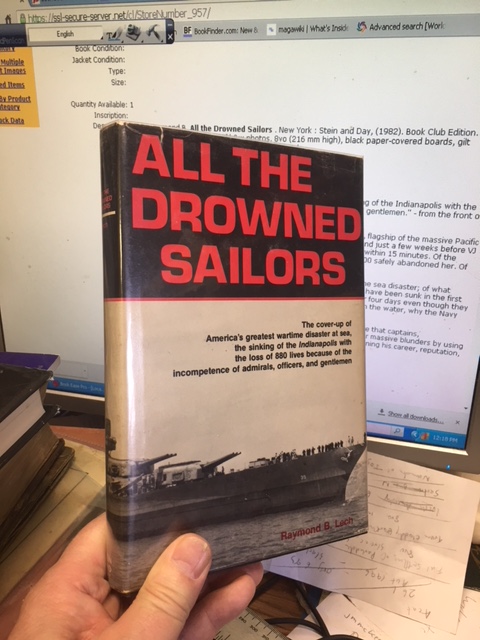 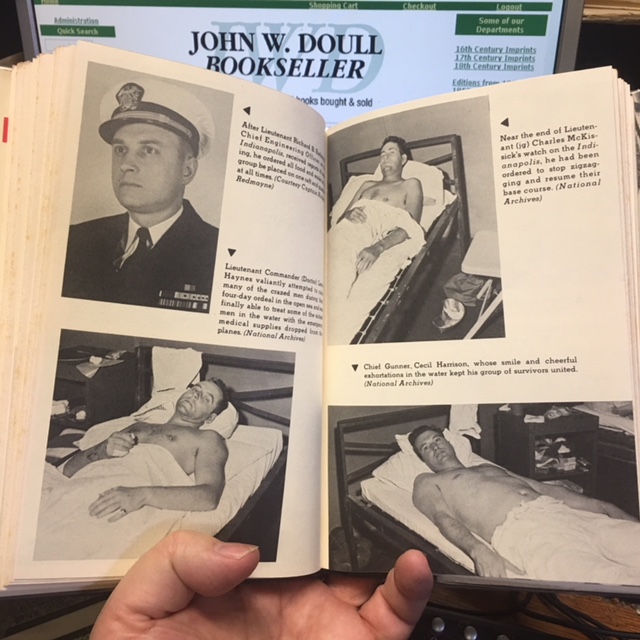 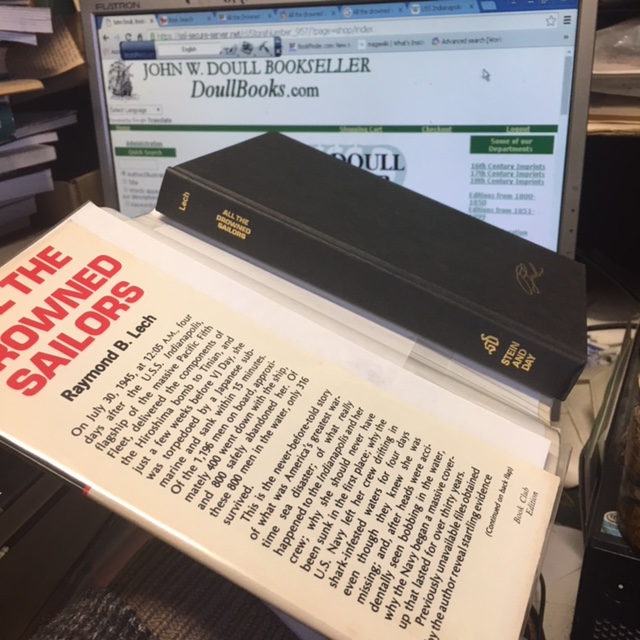 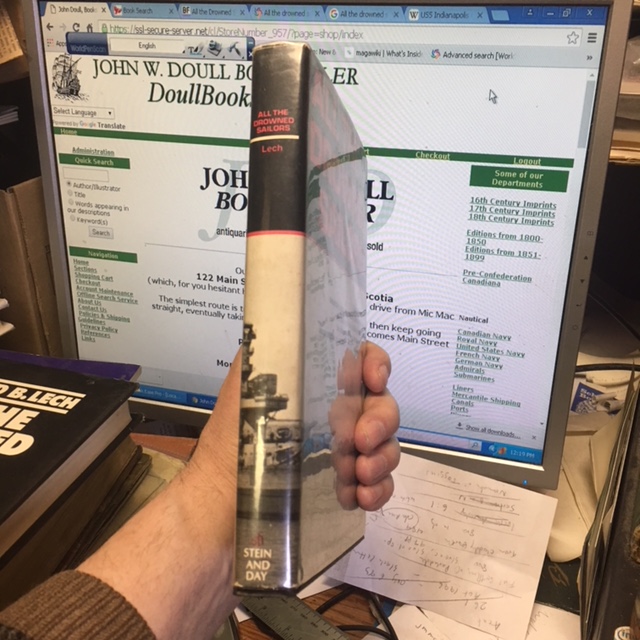 All the Drowned Sailors. Book Club Edition in dustjacket

By: LECH, Raymond B.

LECH, Raymond B. All the Drowned Sailors. New York : Stein and Day, (1982).Book Club Edition. Pp (14),[1]-242,(4) +.16 pages of b&w photos. 8vo (216 mm high), black paper-covered boards, gilt lettering to spine, gilt Lech signature to front board. Raymond B. Lech (b. January 3, 1940 - d. July 8, 2014). USS Indianapolis (CL/CA-35) was a Portland-class heavy cruiser. "The cover-up of America's greatest wartime disaster at sea, the sinking of the Indianapolis with the loss of 880 lives because of the incompetence of admirals, officers, and gentlemen." - from the front of the dj. "On July 30, 1945, at 12:05 A.M., four days after the U.S.S. Indianapolis, flagship of the massive Pacific Fifth Fleet, delivered the components of the Hiroshima bombto Tinian, and just a few weeks before VJ Day, she was torpedoed by a Japa nese submarine [the I-58,] and sank within 15 minutes. Of the 1,196 men on board, approximately 400 went down with the ship and 800 safely abandoned her. Of these 800 men in the water, only 316 survived. This is the never-before-told story of what was America's greatest wartime sea disaster; of whatreally happened to the Indianapolis and her crew; why she should never hav e been sunk in the first place; why the U.S. Navy left her crew drifting inshark-infested waters for four days even though they knew she was missing; and after heads were accidentally seen bobbing in the water, why the Navy began a massive cover-up that lasted for over thirty years. Previously unavailable files obtained by the author reveal startling evidence that captains, commodores, and admirals were all involved in a conspiracy to conceal their massive blunders by using trumped-up evidence against the blameless captain of the Indianapolis, ruining his career, reputation, and life." - fromthe dj 1. Mission; 2. Route; 3. Sailing; 4. Sinking; 5. In the Water the F irst Day : Monday, July 30,1945; 6. In the Water the Second Day : Tuesday, July 31,1945; 7. In the Water the Third Day : Wednesday, August 1,1945; 8. In the Water the Fourth Day : Thursday, August 2,1945; 9. In the Water the Fifth Day : Friday, August 3,1945; 10. Search; 11. Court of Inquiry; 12. Court-Martial. Epilogue. Appendices : A. Orders to the U.S.S. Indianapolis from the Commander in Chief, Pacific Fleet; B. Routing Instructions to the U.S.S. Indianapolis; C. Simplified Organizational Chart on Reporting Responsibilities of Key Officers Mentioned in the Text; D. Waldron's Dispatch Notifying Various Commands of the Sailing of the U.S.S. Indianapolis; E. Simplified Organization Chart of the Philippine Sea Frontier; F. Original of Exhibit Offered and Received in Evidence in Case in Chief at Trial of Charles B.McVay, III, Captain, U.S. Navy; G. Testimony of Commander Hashimoto at the Court-Martial of Captain McVay, III, on December 13,1945 (CM, pp. 266-76); H. Brief in the General Court-Martial Case of Captain Charles B. McVay, II I, U.S. Navy, Tried on 3 December 1945; I. The Naval Inspector General's Final Report on the Sinking of the U.S.S. Indianapolis; J. Press and Radio Release: Narrative of the Circumstances of the Loss of the U.S.S. Indianapolis; K. Press and Radio Release: Court-Martial of Captain Charles B. McVay, III, U.S.N., Commanding Officer, U.S.S. Indianapolis; L. Recommended Awards to Various Members of the Crew of the U.S.S. Indianapolis. With bibliography and index. Some light spotting to edges, else very good in dustjacket. 15.00

Title: All the Drowned Sailors. Book Club Edition in dustjacket

All the Drowned Sailors. Book Club Edition in dustjacket