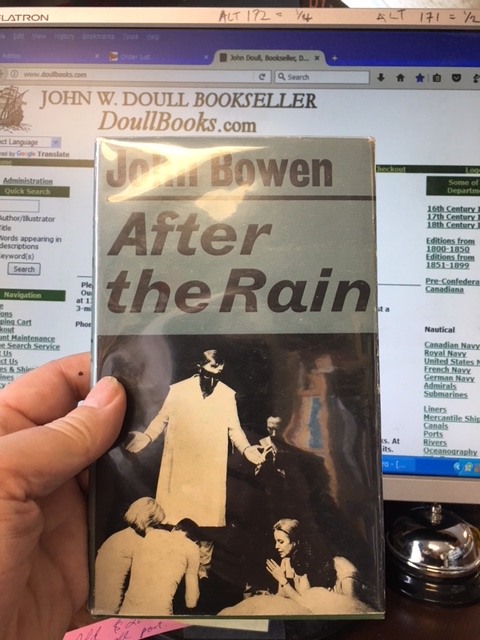 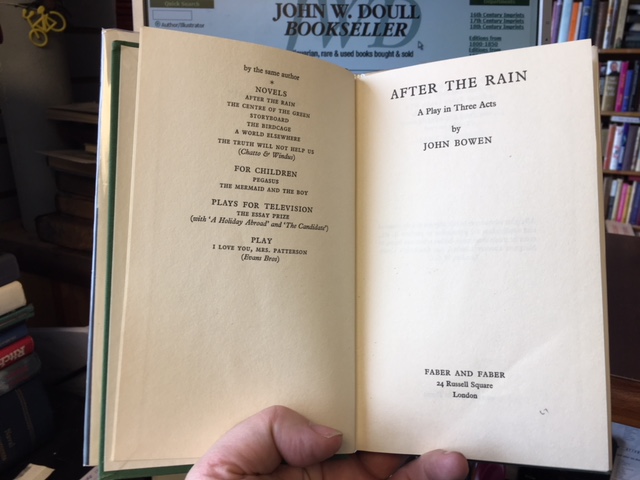 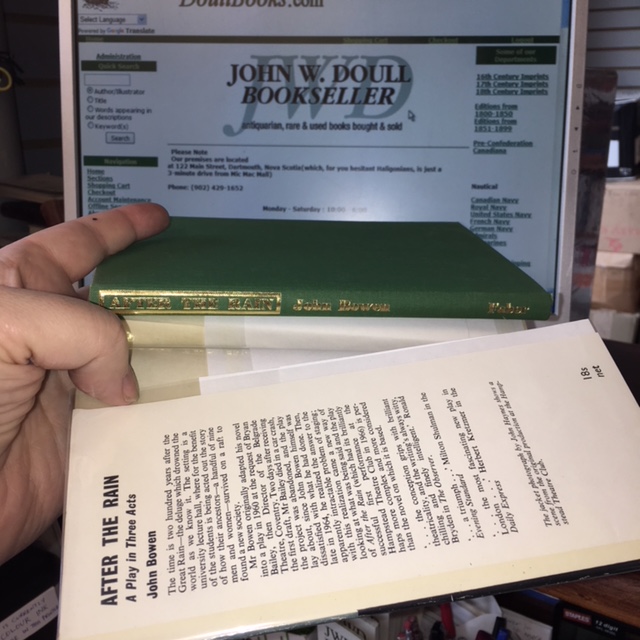 After the Rain : A Play in Three Acts. First Edition in dustjacket

BOWEN, John. After the Rain : A Play in Three Acts. London : Faber and Faber, (1967). First Edition. Pp. (12),13-93,(3). 8vo, green cloth, gilt lettering to spine. John Griffith Bowen (b. November 5 1924, Calcutta) . "The time is two hundred years after the Great Rain—the deluge which drowned the world as we know it. The setting is a university lecture hall, where for the benefit of the students is being acted out the story of how their ancestors—a handful of nine men and women—survived on a ratt to found a new society.Mr Bowen originally adapted his novel into a play in 1960 at the request o f Bryan Bailey, then Director of the Belgrade Theatre, Coventry. Two days after receiving the first draft, Mr Bailey died in a car crash, the project was abandoned, and the play lay about, since John Bowen himself was dissatisfied with what he had done. Then, late in 1964; he realized the answer to the apparently intractable problem of staging; with this realisation came anew way of looking at what was being said and the play of After the Rain ( which had its brilliantly successful first performance at the Hampstead Theatre Club in 1966) is perlaps more complex and more considered than the novel on which it is based." (from the dj). Penned name, else very good in dustjacket (light wear to spine ends). 30.00

Title: After the Rain : A Play in Three Acts. First Edition in dustjacket

After the Rain : A Play in Three Acts. First Edition in dustjacket